Sign Up for Free to View
Genevieve Tetpon's Mother Speaks Out 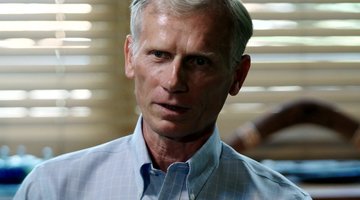 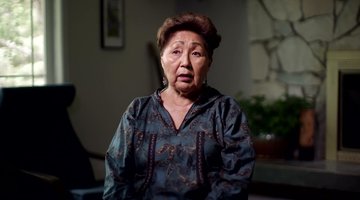 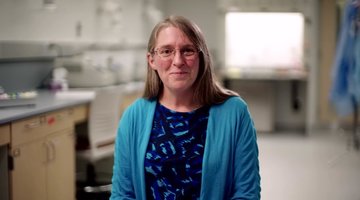 Genevieve “Ginny” Tetpon, a 28-year-old single mother of four in Anchorage, Alaska, was devoted to her children. Tragically, on March 22, 2000, her body was found in a sleeping bag tossed into a roadside ditch.

Defensive wounds “indicated that she had fought hard against her attacker,” David Parker, Ret. Lieutenant, Anchorage PD, told  “Fatal Frontier: Evil In Alaska,” airing Sundays at 7/6c and 8/7c on Oxygen. “But her attacker had been able to overwhelm her.”

Who was that? An individual emerged early during the investigation, but it would take nearly a decade to connect the dots between Tetpon and that person.

Beginning in 1999, there had been a series of four unsolved murders of Native women in the city. Investigators, along with the community, were very concerned that a serial killer could be at large.

DNA evidence from underneath Tetpon’s fingernails was collected and processed but failed to produce a match for a suspect.

Detectives also focused on emails found in a garbage bag near Tetpon’s body. The communications belonged to Amy Torian, who worked for the Anchorage School District. Her husband, Arthur, was a retired Air Force officer and a pastor. Their 17-year-old son, Derrick, was a high school senior. Their other son was in college.

Amy Torian told police that her car had been looted several months earlier, a robbery that she reported. She assumed the emails had been taken and tossed along the side of the road.

“That explanation seemed pretty plausible,” Slawomir Markiewicz, Ret. Sergeant, Anchorage PD, told "Fatal Frontier." He added that no connections between the Torians and the victim were found in a thorough follow-up.

Because most murder victims are killed by people they know, investigators turned their attention to Tetpon’s relationships. Shortly before her murder, she had moved out of the home she shared with fiancé Ken Gessler. Witnesses reported that the two had argued not long before her death.

Suspicions intensified when Gessler went on the lam. After six months he was apprehended and said he took off because he was involved in a hit-and-run while driving without a license. When his DNA didn’t match the genetic material under Tetpon’s fingernails, he was cleared as a suspect.

Investigators were back to square one, said Parker. A short time later, another Indigenous woman was murdered, raising the number of unsolved homicides to six.

Tetpon’s case went cold for more than eight years. A break in the investigation finally came when Det. David Cordie was assigned to it in 2009. The original investigators believed the emails found near Tetpon’s body were taken from the Torians’ vehicle when it was robbed months before the March 2000 murder. A second look at the evidence showed that an email and a credit card bill were from March 2000.

The discrepancies compelled Cordie to reopen the case. Arthur Torian agreed to be interviewed and give a DNA sample. He was eliminated as a suspect.

Derrick Torian had never been interviewed. Now 27, he was a father of two and working as a high school football coach. He agreed to be questioned by the police and denied knowing anything about the Tetpon murder beyond what he’d heard on the news. However, he would not give a DNA sample.

The refusal raised a red flag. Investigators spoke with people who went to high school with him. “Some female students from his high school said that Derrick Torian treated the girls badly and they didn’t want to have anything to do with him,” said Markiewicz.

A search warrant was obtained for Derrick Torian’s DNA. “Detectives went and approached him again and took that DNA sample,” Parker told producers. The suspect’s DNA was found beneath Tetpon’s fingers and the zipper on the sleeping bag.

The DNA match was a breakthrough. But when police tried to pick up Derrick Torian, they learned that he’d skipped town. He was eventually tracked down and arrested in Spearfish, South Dakota, where he was working in a restaurant. He was charged with first-degree murder.

“After 10 years, the new guy that was working on the case called me,” said Pat Fulton, Tetpon’s mother. “He says, ‘We are arresting him right at this moment.’ It was like the color came back. It was like my shoulders got lifted.”

Through his attorney, Derrick Torian gave a statement to clarify his role in the homicide. Derrick said that in March 2000, he worked at a pizza parlor. He and Louis de Jesus sold cocaine at the restaurant. Tetpon came into the business after it had closed and stumbled upon them with the drugs. De Jesus killed her, Derrick claimed. He helped de Jesus dispose of the body.

His version of the crime didn’t explain how his DNA was under Tetpon’s fingernails. De Jesus, who was the victim of a homicide in 2002 that remains unsolved, couldn’t refute the claims.

Derrick Torian’s trial began in July 2013. He was allowed to plead to manslaughter and received a 15-year sentence.

Several of the murders committed around the time Tetpon was killed remain unsolved. For Fulton, at least, there has been some closure about her daughter. “She’s gone but I still see her in my mind,” she told producers. “She’s buried … let’s let her be at peace.”

For more on this case, watch "Fatal Frontier: Evil In Alaska," airing Sundays at 7/6c and 8/7c on Oxygen or stream episodes here.

Cop Murders Indigenous Girl, Then Stages Attack On Himself