Sign Up for Free to View
What Happened to Lamont Adair? 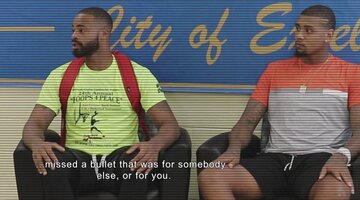 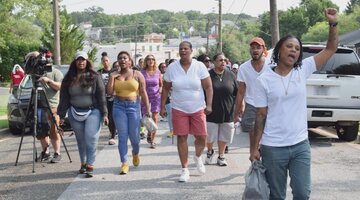 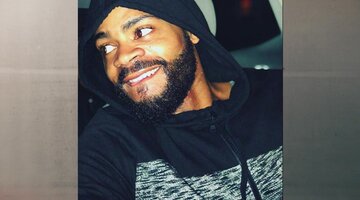 1:55
Preview
Monty's Going to Be All Right

Lamont Adair Jr., a pro basketball prospect, was known to family and friends in Seat Pleasant, Maryland, as Tree. Tragically, Adair was felled by a gunman’s bullets.

On August 8, 2018, the 24-year-old loving father and athlete who was set to head overseas to play basketball in China, was fatally shot on his way to an outdoor court to shoot hoops.

“Everything was falling into place. Everything was going the way he wanted it to go,” his sister Urania Jackson told “Final Moments,” airing Sundays at 7/6c on Oxygen.

Paramedics arrived minutes after a 911 call went out. Adair was found between a parked car and the curb and was determined to be unresponsive, said Asst. State’s Attorney Thea Zumwalt. A car had driven by and was firing at him, which led to his death, according to reports.

Days before he was gunned down, Adair, a non-violence advocate, appeared at a Hoops4Peace youth summit. He spoke about the potential of basketball to save lives by keeping individuals off the street.

“He was active in his community,” said Deputy State’s Attorney Jonathan Church. “He was trying to inspire others to be better people.”

Casings were found along the road where he was shot. The homicide unit collected evidence including Adair’s phone, a dozen fired cartridge casings, and surveillance footage from security cameras at a nearby apartment complex. They used it to look for clues to the shooter’s identity. They saw that the gunman fired at Adair from inside a slow-moving gray Toyota before jumping out of the car and continuing to shoot.

The footage was grainy. Investigators could see that the driver who exited the car had dreads and was a Black male, according to State’s Attorney Aisha Braveboy. The shooter got into the back seat of the car. An unseen individual still inside the car slid over to the driver’s side and sped off.

“You see Lamont get down to his knees and he’s trying to fight, but he’s just executed on the street,” Zumwalt said, adding that the shooting was “willful and deliberate.”

Adair’s family spoke to the media and they appealed to the public to come forward, and tips began coming in.

One report suggested that an incident in Adair’s past, a minor charge for smoking marijuana, had been targeted for revenge. A rumor circulated that Adair negotiated a lenient deal by becoming a police informant. But the report was unfounded. Investigators told “Final Moments” that they “had no knowledge that he had been working with police on anything.”

The case took a turn when a friend and sometime sexual partner of Adair’s came forward. She told authorities she suspected that her ex-boyfriend, Franklin Scott, was the shooter.

The woman claimed that Scott, who she described as “hot-headed” and a “loose cannon,” had learned she and Adair had become more than friends from social media posts. That pushed Scott over the edge.

Scott’s long dreads and short stature made him a solid physical match for the shooter seen in the surveillance footage. Scott also had a prior firearms charge, so detectives knew he had access to weapons.

Then another piece of the deadly puzzle dropped into place. Investigators learned that Scott’s car was in the shop and he was driving a rental: a gray Toyota.

The witness also told police that while she was at work she received a phone call from Scott the day of the murder. She recognized a voice in the background during the call as that of Olajuwan Jackson.

Investigators searched for both men as well as the rental car. The vehicle was found and bullet fragments were recovered from inside it, but no gun was found. They set their sights on locating Scott.

A prior gun charge was instrumental in leading detectives to Scott. They knew that he had a court date on August 23 at the Arundel County Courthouse in Glen Burnie, Maryland. Scott was unaware that police suspected him. When he arrived at the court he was arrested on the spot. He immediately asked for a lawyer, ending any chance for questioning.

Detectives monitored his calls from prison. In one of them he asked an acquaintance to “get rid of his babies,” investigators said. They believed that was code for his guns.

By the time they got a warrant to search Scott’s residence, there were no guns there. The failure to find the weapon was a setback for the investigation.

On August 24 investigators tracked down 23-year-old Jackson and questioned him. He eventually came clean. He told authorities that Scott had seen him walking on August 8 and picked him up. Jackson claimed he didn’t know Scott planned to shoot Adair but admitted he did drive the car after the shots were fired.

Jackson was charged as an accessory after the fact. He was given a sentence of six years.

Franklin Scott pleaded guilty to first-degree murder. In November 2019, Scott, 29, was sentenced to 50 years in prison.

To learn more about the case, watch “Final Moments,” airing Sundays at 7/6c on Oxygen.