Sign Up for Free to View
“Heather’s Been Murdered”: Friends Remember Learning About the Death of Heather Maples 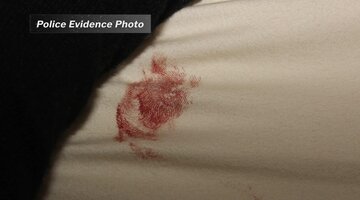 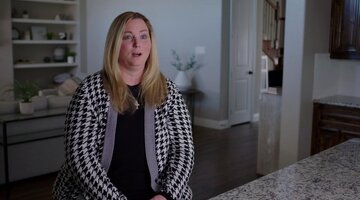 2:09
Preview
Heather Maples Is Found Dead by Her Co-Worker 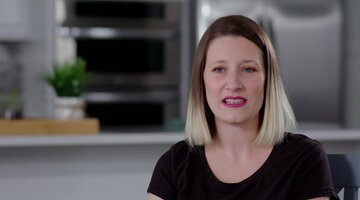 1:07
Preview
Heather Maples Confided in Co-Workers About Her Ex-Boyfriend

For 22-year-old Heather Maples, life in small town Murfreesboro, Tennessee was about to change in a big way in 2015. She’d been accepted at Middle Tennessee State University and planned to pursue her dream of being a counselor.

Assisting others came naturally to the young woman known for her contagious smile. In Mesquite, Texas, she’d helped her younger brother Ryan deal with his developmental disabilities.

But on August 7 that dream was snuffed out. Heather failed to show up for her job at the front office of The Cove apartment complex she also lived in, so her friend and coworker Kelsey Price checked on her.

Heather’s door was unlocked, as it typically was. Price tried to rouse her friend by tapping Heather’s foot.

“There was clear evidence of a sexual assault,” said Det. Maples.

There were also indications of a violent struggle. Blood from an object that had been used to strike Heather was spattered on the wall. An autopsy later revealed the cause of death as strangulation and multiple blunt force injuries.

The killer left behind a telltale clue – a bloody fingerprint near the top of the bed sheet, reported the Daily News Journal. Investigators processed the print and submitted it to a national fingerprint database.

Early in the investigation, detectives considered two men in Heather’s life. Michael, a friend of Heather’s, had actually shown up at the crime scene with her keys when police were there.

In an interview at the station, he explained that Heather reached out to him to join her at a bar because another guy was getting too aggressive.

Before he took her home, they got a late-night bite to eat. Michael dropped her off at her apartment and waited until he saw her go inside. He realized he had her keys hours later.

Detectives confirmed Michael’s story with security footage from the bar and restaurant. They determined that Michael, who had agreed to be swabbed for DNA, didn’t match evidence from the rape kit or the fingerprint. He was cleared as a suspect.

Investigators also looked into Heather’s former boyfriend. He acknowledged that his relationship with the victim had been rocky but he denied having anything to do with her murder.

When his alibi was confirmed and his DNA didn’t match evidence he was eliminated as a suspect.

Detectives were back at square one. But with help from Price, they unlocked the victim’s phone. The identity of Heather’s killer, they believed, could be found in texts or pictures.

Going through messages in Heather’s final hours, police learned that she had invited her friend Artavio to her apartment.

“We pulled him in to interview him,” Det. Maples told producers. “We realized that he didn't know that she had died.”

Investigators used that information to their advantage as they questioned him.

Heather had texted him at 2:30 a.m. but Artavio claimed he didn’t respond then because he had been with someone else. Artavio was shocked when detectives informed him that Heather was dead and agreed to submit his DNA for analysis.

Investigators corroborated Artavio’s account and found that his DNA didn’t match genetic material found on Heather’s body and at the crime scene. He was cleared by investigators.

Eight days into the case, detectives received a call from the Tennessee Bureau of Investigation’s Crime Lab. They matched the bloody fingerprint at the crime scene to Brandon Bowling, an MTSU student who’d submitted his prints for a job application.

“We were able to ascertain that he was employed as a driver at one of the local food establishments,” said Det. Massey, who asked Bowling to come to the station to talk with him about the homicide.

Bowling admitted that he’d previously been to Heather’s apartment and had sex with her, but he claimed he hadn’t been there in two months.

Before the interview ended, Bowling agreed to be swabbed for DNA. Once that was completed, police arrested him for first-degree murder.

To build their case, investigators obtained a subpoena to search Bowling’s phone. As investigators went through it they made the horrifying discovery that the crime had been recorded.

“The video from the cell phone of Brandon Richmond Bowling was one of the most shocking videos I have ever seen in my career,” said J. Paul Newman, Assistant District Attorney. “ …. You could see Heather Nicole Maples being raped. It was obvious that she had been beaten and she was suffering.”

In February 2018 Bowling pleaded guilty to the murder and aggravated rape, reported the Murfreesboro Post. He was sentenced to 40 years in prison without the possibility of parole.

On the day the plea bargain was signed, Heather’s mother, Jennifer Hunter, read an impact statement that left the courtroom in tears, investigators said.

“I viewed that statement as the last time that I would be able to speak for my child and what her loss meant to us,” Hunter told producers.

To find out more about the case and what Heather’s mother told the court, watch “Final Moments,” airing Sundays at 7/6c on Oxygen.