Sign Up for Free to View
Was Danielle Locklear Hanging Out at a Creek? 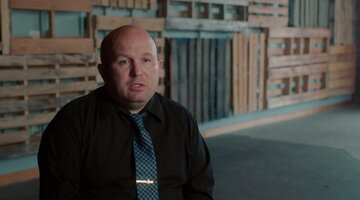 Now Playing
1:17
Preview
Was Danielle Locklear Hanging Out at a Creek? 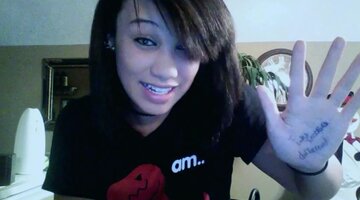 1:35
Preview
What Happened to Danielle Locklear? 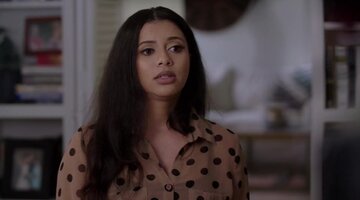 After spending the summer with her grandparents and extended family in Hope Mills, North Carolina, 15-year-old Danielle Locklear decided to stay there instead of going to her mother’s home in Myrtle Beach.

Danielle looked forward to making new friends at school and spending time with her boyfriend, Je’Michael Malloy, then 17, a high school senior in nearby Fayetteville. The two had began dating in June 2013, cbsnews.com reported.

On March 11, 2014,, while her grandmother was away Danielle told her grandfather she had to go to her friend Alexis’ house for a quick errand around 9:45 p.m.

Danielle never returned. Authorities responded to a call reporting Danielle missing the next day, according to “Final Moments,” airing Sundays at 7/6c on Oxygen.

Officers canvassed a nearby creek area, which teens used as a gathering place. They did not find Danielle, but they discovered a sock that belonged to her. Authorities questioned whether Danielle had gone to the creek, not the friend’s house the night she vanished.

“Alexis told investigators Danielle had not come to her house during the nighttime hours,” said Joshua Hamilton, a detective with Hope Mills PD.

However, Alexis had hung out with Danielle earlier that same day at the creek. Alexis provided photos of Danielle taken hours before she went missing. In the pictures the reflection in Danielle’s eyeglasses revealed others who were present that afternoon.

Caroline Nuzzo, the missing teen’s friend, was one of them. She said Danielle told her a couple days earlier that Malloy had broken up with her.

Police considered the possibility Danielle went to see Malloy, not Alexis, the night she disappeared. When questioned, Malloy said that Danielle was having such a hard time with the breakup that he blocked her from his phone, according to investigative journalist Ana Garcia. He claimed he hadn’t talked to her in days.

Detectives asked Malloy where he was on the night Danielle went missing. He said he was home with his friend Dominic Lock, then 18. Malloy willingly gave his phone to detectives for forensic analysis.

Investigators were shocked to find texts in which Danielle told Malloy that she was pregnant with his baby.

Police also learned from Malloy’s phone that he was texting with other girls the night Danielle went missing. It appeared that he had been home that night as he had previously said.

To unearth fresh clues detectives reviewed surveillance footage from a camera near the creek and subpoenaed Danielle’s cell phone records. They retraced her steps the day she disappeared using the digital data.

Danielle’s last phone ping was to a cell tower at 10:40 p.m. They combed the area for the phone without success.

After the FBI got involved in the search for Danielle, images of her were released to the media to help spark leads. Danielle’s disappearance became national news. Danielle’s mother, aunts, and other family members searched on their own and made flyers. Malloy joined the efforts.

Then, on April 2, just over three weeks after Danielle’s disappearance, an off-duty officer spied a partially-submerged body in a river about 20 miles outside of Hope Mills.

When the body was pulled from the water, investigators saw that cinder blocks had been tied to her waist and feet with yellow rope to weigh it down. The victim was identified as Danielle.

As her family mourned, police learned that a sock matching the one found at the creek had been stuffed into her mouth.

The medical examiner concluded that Danielle died of asphyxiation but couldn’t determine whether the actual mechanism for death was strangulation or the sock, according to Hamilton.

“The only thing they could say was it was from both,” he said.

The autopsy also revealed that Danielle was not pregnant at the time of her death.

The location where Danielle’s body was recovered was less than a mile from Malloy’s residence. The victim’s ex-boyfriend became the focus of the homicide case. Police executed a search of the Malloy residence, where they found cinder blocks and cord matching the kind used to weigh down the victim’s body.

“The cops think this is the aha moment, but Je’Michael doesn't crack,” said Garcia. “He doesn’t confess.”

Lock was brought in for questioning but he refused to speak with police.

But four days after his initial denial, Malloy confessed. He said that he and Lock picked up Danielle on the night she went missing. During an argument with her at the creek, Malloy said he snapped and killed Danielle.

He asked Lock, who was waiting in the car, to help him move the body. In a taped interview with police Malloy told police that Lock shoved the sock into her mouth “because she was making a noise.”

Police learned that Malloy used a phone app to send texts to make it appear as if he was home at the time of the slaying.

For more on this case and others like it, watch "Final Moments," airing Sundays at 7/6c on Oxygen, or stream episodes here.