Sign Up for Free to View
Alyssiah Wiley Had a Secret 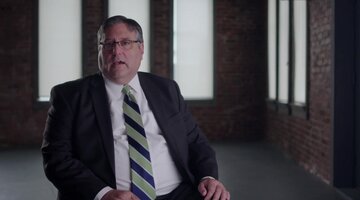 1:53
Preview
What Happened to Alyssiah Wiley? 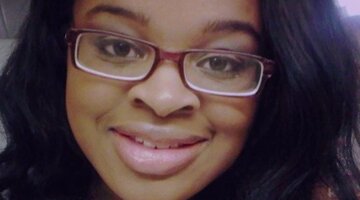 1:32
Preview
Alyssiah Wiley was Texting Another Man While Staying with Her Boyfriend 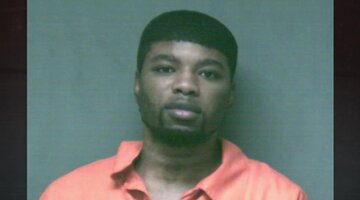 2:41
Preview
The Mistrials of Jermaine Richards

To her family and friends, 20-year-old Alyssiah Marie Wiley was known as “Lee Lee.” She was a young woman with style and drive and a hard-earned presidential scholarship to Eastern Connecticut State University.

In the spring of 2013, she was a sophomore preparing for finals. But on Saturday, April 20, after texting one of her besties and arranging to meet at the dorm, Alyssiah never showed. Then, she missed her classes on Monday.

“She was nowhere to be found,” her friend Sade Burke told “Final Moments,” airing Sundays at 7/6c on Oxygen.

Working with university police, investigators tracked Alyssiah’s movements via on-campus surveillance cameras stationed around the school. Security footage showed Alyssiah on the morning of Saturday, April 20 leaving Occum Hall, waiting outside and getting into an unidentified black car that pulled up.

“It was obvious to us that she knew who it was,” said Connecticut State Police Sgt. Forrest Ruddy.

Investigators learned through the missing woman’s family that Alyssiah had just been in contact with Jermaine Richards, her boyfriend since high school. After reviewing the footage and confirming that the vehicle belonged to Richards, investigators questioned him.

Richards told police he picked up Alyssiah on campus on Saturday. They drove an hour and a half to his mother’s house in Bridgeport, where they spent an uneventful day, according to “Final Moments.”

“Then he told the police he dropped her off on campus on that Saturday, sometime shortly before 11 p.m. He left her at the Dairy Queen which is about two blocks from the main gate of the campus. And he came back to Bridgeport,” said State’s Attorney Joseph Corradino.

Richards, who was in the nursing field and had no criminal history, said he hadn’t heard from Alyssiah since Saturday night. Richards’ mother confirmed his story. A search of his car turned up no evidence either. Investigators obtained Richards’ cell phone data to track his movements. Phone tower pings helped to confirm Richards’ account for his whereabouts when Alyssiah disappeared.

Police interviewed hundreds of people on campus for leads, but that route was a dead end. They considered the possibility that Alyssiah had been abducted after being dropped off.

“We checked with our sex offender registry,” investigators said, adding that it failed to move the investigation forward.

A family photo of Alyssiah Wiley in Final Moments.

Detectives then turned to Alyssiah’s cell phone data for clues. In a text to Sade Burke on the day she went missing Alyssiah had said she wanted to end her relationship with Richards. That text hadn’t totally surprised her friend, who knew that Alyssiah’s interest in meeting new men had grown since starting college.

In the last text from her phone, around 11 p.m., Alyssiah told her friend, “It’s over. I’m coming over. I need a drink.” But she never showed. Her phone activity ended there.

Investigators also focused on a series of texts between Alyssiah and a former boyfriend made around 4:30 p.m. on the day she went missing. The two had arranged to meet. When he was questioned by police, the young man, who expressed concern about her disappearance, told officials that he hadn’t heard from her since the last afternoon texts on Saturday. His alibi about working until 11 p.m. at a New Haven restaurant on the night Alyssiah went missing checked out.

So, authorities dug deeper into Alyssiah’s relationship with Richards. They were surprised to find out her friends didn’t know much about him.

“She was in another world when he came around,” said Alyssiah’s sister, Chaharrez Landell, who shared an alarming incident that occurred a month before Alyssiah went missing. She told authorities that Alyssiah had reached out during the night to come get her because Richards had turned violent and tried to strangle her.

However, Alyssiah had difficulty breaking the alleged cycle of abuse. According to Brenda Westberry, a professor and advocate for victims of domestic abuse, that is not uncommon.

“There’s this thought that this person will change and they will make changes and it will never happen again,” Westberry told producers. “So they hang their hopes on that particular thought.”

Investigators asked Richards to come in for further questioning but he refused.

They then focused their search on retracing the route Richards drove on April 20. On May 17, a decomposing arm and leg were found in the woods in Bridgeport, a mile from Richards’ house. DNA confirmed the remains to be Alyssiah’s.

The question was, said reporter Daniel Tepfer, “What happened to the rest of the body?”

The medical examiner determined how the victim had been dismembered: “Remains had been disarticulated by an edged instrument. It wasn't a saw, it wasn't an ax, it was a knife,” said Corradino.

This gave investigators pause, as they recognized that Richard’s nursing experience gave him knowledge of human anatomy.

On May 17, police obtained a warrant for Richards’ arrest. But prosecutors faced daunting challenges to get a conviction because of the lack of physical evidence. They focused on the issue of domestic violence in making their case. “It was important for the jury to consider what was happening in that relationship,” said Corradino.

Richards was found guilty and he was sentenced to 60 years in prison.

To learn more about the case and the organization Alyssiah’s mother established to honor her daughter and to others, watch ““Final Moments,” airing Sundays at 7/6c on Oxygen.

What To Know About Murder Victim Charles Butler’s ‘Final Moments’