Sign Up for Free to View
What Happened to Willard Grandstaff? 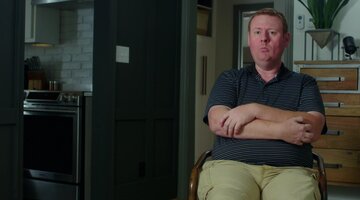 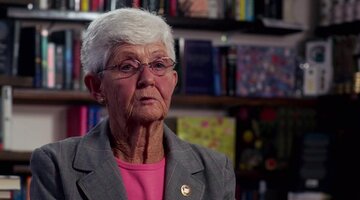 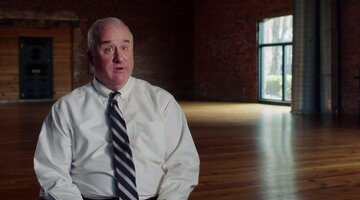 In the fall of 2004, 24-year-old Willard Grandstaff was hard at work at the Kangaroo Express convenience store in Richland County, South Carolina.

Grandstaff, 24, was described by family and friends as shy and introverted but also protective. He loved his job: running the cash register, cleaning, and stocking shelves. He dreamed of studying computer engineering.

But Grandstaff’s life came to a sudden, tragic end when he was shot and killed as he worked the overnight shift.

Shortly after midnight on September 27, 2004, “he was found by two ladies that stopped to get gas,” Brian Metz, from the Richland County Sheriff’s Dept., told “Final Moments,” airing Sundays at 7/6c on Oxygen.

Grandstaff was on the floor with blood around his head. When EMS arrived, he was already dead.

Before heading into work Grandstaff had spoken with his friend Robert Cribb, who had shared that he’d had an eerie premonition.

“I told him … I got a funny feeling something’s gonna happen,” he said. “I don’t like Willard to be out working after dark because I don’t trust people out there.”

Grandstaff assured his friend that he’d check in by phone after midnight. But that call never came.

Authorities observed that Grandstaff had been shot in the head at close range. Turned-over display racks indicated there’d been a struggle, and the crime scene unit recovered a .38 caliber shell casing.

They also focused on the in-store security camera and secured the videotape. They hoped that the footage would shed light on who committed the crime.

The surveillance video showed two men dressed in dark clothes, wearing masks and carrying guns, entering the stores. One of the assailants went behind the counter to rob the cash register, while the other stood watch. Grandstaff, who’d been in the back of the store, emerged and was confronted by one of them.

The other man jumped over the counter to attack the clerk. Grandstaff refused to hand over money and he was shot before the men ran out.

“Another very important thing that the investigators saw was when the slender guy jumped over the counter … his palm touched the counter,” said retired special agent Rita Shuler. The counter was processed in hopes of obtaining a palm print or DNA that could identify that man.

Investigators had to consider that the murderers may have had had a grudge against Grandstaff. That line of investigation led detectives to look into a previous attempted robbery Grandstaff had been involved with at the store. They reviewed the security footage and determined the perpetrator was in no way a match to either man in the store on September 28.

Weeks after the murder, the case was at a standstill. Investigators hoped that fingerprint and DNA evidence from the counter may turn the case in the right direction. Unfortunately, the crime scene yielded no useful forensic evidence, John Meadors, former deputy solicitor, told “Final Moments.”

“The trail became cold and we were desperate for a lead,” said Smith. “We were at a dead end.”

In March 2006 investigators began getting some traction. A narcotics arrest was made against Chris Ellis, who reached out to authorities. He said he had significant information about the Grandstaff case. By sharing it he hoped to gain an advantage in his own case.

“He had specific details about the actual crime itself,” said Smith. “He knew the actual caliber of the weapon involved which is very significant.”

To determine if the prison informant was completely telling the truth, he was given a polygraph test. He failed the test and eventually came clean, naming his cousin, Lamont Ellis, then 33, as one of the men in the Kangaroo Express videotape.

“He was telling on a family member, which is not easy to do,” said Meadors. That added to the informant’s credibility.

Jaime Marrero, then 24, was identified by Chris Ellis as the shooter. The physical features of the men named as the suspects matched the two in the video.

They were driving a relative’s car at the time of the murder, according to investigators.

After Marrero asked Chris Ellis to get rid of the gun, the informant told officials that he tossed it in a rural pond. It was searched for days, but no firearm was found.

Without a murder weapon, investigators tried to build their case another way. They enlisted Chris Ellis to call Marrero to see if he would incriminate himself while the conversation was being recorded.

“The content of the conversation corroborated Chris’ information immediately,” investigators told “Final Moments.” “And that was significant to Chris's credibility.”

Lamont Ellis sat down with investigators and shared insight into how and why Grandstaff died when Marrero lost his cool.

After detectives got Lamont Ellis’ statement and he fully corroborated Chris Ellis’ tip, that was enough for sheriffs to secure an arrest warrant for Marrero.

Investigators continued to build their case even after his arrest. A jailhouse phone call between Marrero and his girlfriend led sheriffs to speak with her on their own. She told law enforcement that her boyfriend had confessed to her.

To learn more about the case, watch “Final Moments,” airing Sundays at 7/6c on Oxygen or stream episodes here.