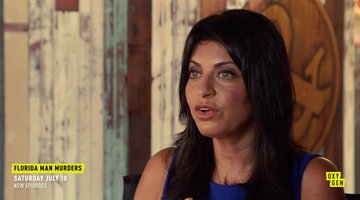 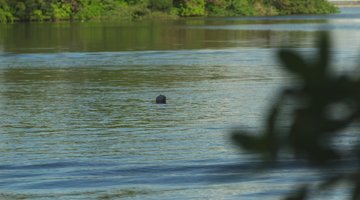 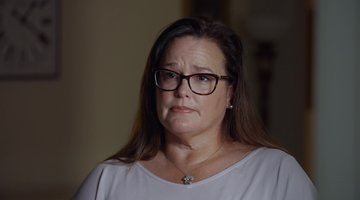 0:54
Preview
How Lorraine Hatzakorzian Was Killed

Mothers and fathers hand their children over to caretakers every day, trusting that their kids will be kept safe and sound. But in the early 1980s, Christine Falling, a Florida teenager, repeatedly broke that trust and became known as the “the killer babysitter.”

Falling’s appalling murders recall other disturbing and unbelievable slayings in the Sunshine State, which are explored in the Oxygen series “Florida Man Murders,” produced by Blumhouse Television and returning to Oxygen on Saturday, July 10 and Sunday, July, 11 with new episodes. So, what happened to Falling?

Born in Perry, Florida in 1963, Falling’s firsthand experience with killing came early. As a girl in Taylor County, according to a 2017 report from wjhg.com, she “reportedly strangled or dropped cats from high places to test their nine lives.”

But Falling, who suffered from epilepsy and endured an upbringing marked by instability and abuse, was 17 years old when she committed her first homicide. Over about two years, five children in her care ended up dead. The first victim was a toddler, Cassidy Johnson, whose parents hired Falling on February 22, 1980 to watch their 2-year-old while they worked.

Tallahassee doctors said the cause of death was brain inflammation, but one physician believed foul play could be involved, reported the New York Daily News in 2012. That suspicion wasn’t pursued.

A year later, two cousins -- Jeffrey Davis, 4, and Joseph Spring, 2 -- died within days of each other after Falling watched them. Heart inflammation was listed as the cause of the deaths.

While under Falling’s supervision, 8-month-old Jennifer Daniels died on July 14, 1981. “The baby ain’t breathing,” Falling reportedly told her mother, who’d left her child with the babysitter to get groceries.

Sudden infant death syndrome is a known phenomenon, but the long trail of casualties linked to Falling made authorities consider explanations beyond natural causes. One theory that was floated was that Falling unknowingly carried a deadly disease, for example. But soon, the focus of the investigation turned to murder. Falling was arrested on July 22, 1982 for the killings of Travis and Cassidy.

In December 1982 she pleaded guilty to killing Cassidy, Travis, and Jennifer, “and in exchange the state didn’t pursue charges involving the two cousins who died in her care -- and it didn’t seek the death penalty,” reported news4jax.com in 2017.

During a recorded confession, Falling recalled Travis’ final moments. “I just choked him, no apparent reason. I just picked him off his pallet and choked him to death and laid him back down.”

Falling also confessed to squeezing the life out of an elderly man whose death was thought to be a heart attack. Falling was subsequently sentenced to life in prison.

At her parole hearing in 2017, prosecutors told the review panel that “the so-called babysitter from hell deserved no mercy,” reported wjhg.com at the time. The request for parole was rejected.

To learn more about shocking cases from the Sunshine State like Falling’s, watch new “Florida Man Murders” episodes on Saturday, July 10 at 9/8c and 10/9c and Sunday, July, 11 at 7/6c and 8/7c on Oxygen or stream more installments here.

Calling All True Crime Fans
Oxygen Insider is your all-access pass to never-before-seen content, free digital evidence kits, and much more!
Sign Up for Free
All Posts About
Serial Killers
Florida Man
Related