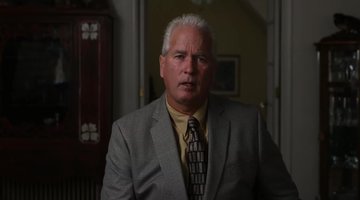 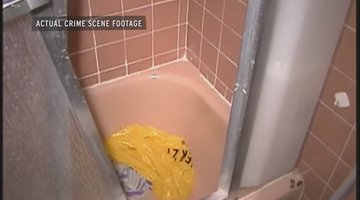 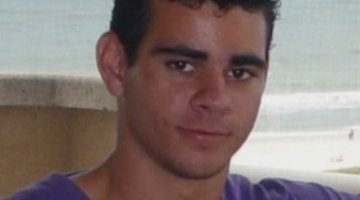 1:03
Exclusive
Who Was Landy Martinez?

On December 21, 2010, a Pinellas County 911 dispatcher received a disturbing call.

"Help me, help me, they want to kill me!" a man is heard frantically saying in audio obtained by "Florida Man Murders," Oxygen's new series. "Hurry!"

The 911 dispatcher asked him for his address but got no answer. Two gunshots are heard — then the line goes dead.

Since the man contacted 911 on a cellphone, authorities didn't have an exact address and had to narrow a location down using cellphone tower information. They narrowed the location down to two streets in St. Petersburg, Florida, and authorities went door-to-door asking if residents had heard anything unusual.

Then, about 40 minutes after the first phone call, another 911 call came through. A woman reported she was worried because she wasn't able to reach her roommate, Landy Martinez. When she checked their security cameras online, there was no reception. She requested the police do a welfare check — and her address was on the same street they had been canvassing in search of the man in distress.

What police saw when they reached Martinez's home was shocking. The roommate was right — the security cameras had been cut. The house was ransacked. The bathroom, in particular, was destroyed. The shower sliding glass door was broken and off the track. There was Drano liquid plumber, a knife, and tape in the bathroom. And in the bedroom was Landy Martinez, dead. He had been shot twice, once in the head and once in the chest.

An autopsy report would later reveal Martinez also had knife wounds and burns on his eyes and throat from exposure to Drano. Such brutality signaled to cops that this was not a random burglary. It also raised red flags with investigators that the Drano had been taken from the kitchen cabinet to the bathroom when they weren't exactly near each other. This suggested a familiarity with the apartment. But there wasn't much evidence of who had committed this heinous act.

“The only DNA evidence found at the scene belonged to Landy," Robert Snipes, a sergeant for Pinellas County Sheriff's Office, told producers.

Still, police walked away with one important piece of evidence: They found a cellphone underneath the mattress in the room where Martinez's body was found. They obtained a search warrant to get into the phone, but that would take days. In the meantime, they dug into Martinez's background.

The 21-year-old was born in Cuba but had moved to Miami to live with his father. Shortly after turning 18, he came out as gay to his loved ones. Eventually, he moved to St. Petersburg, a city known for being LGBTQ-friendly. There, he found plenty of friends and took advantage of the city's nightlife.

"He loved life, he liked to be with people, he had a lot of friends," Fred Schlub, an assistant state attorney prosecutor, told producers.

Martinez found work as a certified nursing assistant at a nursing home in nearby Tampa.

"He was sweet and kind and caring. Residents loved him, he loved the residents. Eventually, he became the activity caretaker. Landy loved his job, loved his coworkers, loved his residents," his friend Gail Rigg explained to producers of "Florida Man Murders."

Martinz's roommates had been on vacation when he died, and their alibis checked out. But while talking to investigators, they did reveal Martinez had been dating someone new — Jonathan Galacia — for about a month, and he was apparently head over heels. Authorities were immediately interested, as they sadly knew a murder is often committed by someone close to the victim.

While interviewed by police, Galacia, 25, insisted he was home alone the morning of the murders and had actually been trying to call Martinez. His phone records backed up his story. What was even more alarming to detectives, though, was that he revealed he had been in a love triangle with Martinez. Galacia had apparently been jealous of Martinez's ex-boyfriend, Jose Adame. So the night before the murders, Martinez offered to prove Adame was out of the picture once and for all.

Martinez had Adame and Galacia on a clandestine three-way call, where Martinez told Adame it was completely over between them. The emotional call lasted about an hour — at which point Galacia revealed he had been on the line the whole time listening in. Adame was not pleased.

Then, that morning Galacia received very odd texts from Martinez.

“Those texts were saying 'I’m going back to Jose, I really love Jose, it's over between us. We haven’t been together that long, I don’t want you, Jose is the person I love,” a reporter told producers.

Adame and Martinez had met via a dating app in 2009. The relationship had started off strong but soon turned volatile, with the pair fighting constantly, authorities told producers, and when they finally broke up, there were still issues. Adame took Martinez's car, and he would drive it past traffic lights so that Martinez would rack up tickets. He eventually got the car back by tricking Adame into meeting him, saying he wanted to rethink the breakup. Instead, Adame was confronted by Martinez and police, who supervised Martinez getting his vehicle returned.

Suddenly, Adame was the top suspect in the investigation.

Then, police got into the phone found at the crime scene, which turned out to belong to Martinez. What they saw was utterly disturbing — and backed up their suspicions about Adame.

There was a video of Martinez being tortured on the phone, begging and pleading for his life as he kneeled in the bathroom, bound with duct tape. "Please," he cries in Spanish in the video obtained by producers of "Florida Man Murders." At one point, he tells "Jose" he is sorry and asks him not to kill him.

"In 23 years of doing homicide investigations, this is probably the only case where I saw the video of the victim prior to being murdered," Snipes said.

From the video, they guessed Adame was torturing Martinez in the bathroom and sending off the strange messages his new boyfriend received. Somehow, Martinez was apparently able to escape with the phone into the bedroom, where he made the 911 call and hid the phone under the mattress.

Investigators rushed to confront Adame, who insisted he was in North Carolina at the time of the murder. But they've checked Adame's cellphone location — and it pinged off the same cellphone tower as Martinez's the morning of the murder. They have solid proof he was indeed in St. Petersburg — in Martinez's neighborhood — when he was killed.

In video interrogation obtained by "Florida Man Murders," investigators confront Adame with their proof. Since Martinez said in the 911 call "they" were going to kill him, detectives needed Adame to reveal who his accomplice. Adame didn't say much and soon became physically ill during the interview.

Judging by his reaction, the police believed the accomplice was a family member. They questioned Adame's circle, and his cousin Maria revealed Adame had taken her 16-year-old brother on a drive to Florida with her mother's car. She directed police to the vehicle, where inside they found blood on the steering wheel and a black glove splattered with more blood.

Adame was arrested and charged with first-degree homicide. Police ultimately decided not to charge the teen relative. Adame's defense attorneys insisted although he was involved in the killing, it was actually the nephew who had murdered Martinez, the Associated Press reported in 2016.

The jury didn't buy it. Adame was sentenced to life in prison.

For more on this case and others like it, watch "Florida Man Murders" on Oxygen or stream episodes on Oxygen.com.