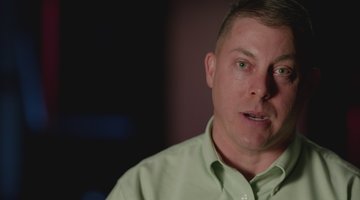 1:04
Preview
Was Tami Reay Afraid Of Her Husband? 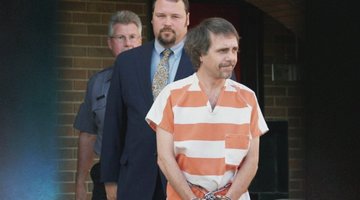 Tamara “Tami” Reay, a 41-year-old wife and mother who lived and worked in Pierre, South Dakota, was reported missing on February 8, 2006.

The report of her disappearance wasn’t made by her husband, Brad Reay, 46, or the couple’s 12-year-old daughter, Haylee. The urgent call was made by Brian Clark, a married KMart coworker with whom she was romantically involved.

Clark told the 911 operator that “foul play could be suspected.” Asked by the dispatcher to explain why, he said, “Me and her have been having an affair and apparently her husband has found out about it ... ”

From the get-go, it was a complicated case. Investigators were uncertain if the 911 report was legitimate or a ploy to deflect blame, according to “Framed By The Killer,” airing Friday at 9/8c on Oxygen.

Detectives made a welfare check on the Reay residence, and red flags arose instantly. In the garage, where Tami’s Dodge Durango was parked, there was blood on the floor and dripping from the SUV. It was later confirmed to be Tami’s blood. When detectives inspected the inside of the vehicle, they smelled cleaning solution and observed what appeared to be a “rush job” to remove the blood “but there was just too much of it.”

Authorities pressed Brad on his wife’s disappearance. He admitted he knew Tami had a boyfriend but said he didn’t know who he was.

Brad said a few hours after arriving home from work that day, at around 10:30 p.m., he heard a car outside the house. Figuring that it was his wife with her lover, Brad said he drove after them. An interaction with a state trooper caught on tape confirmed Brad's story about being out on the road at that time.

Clark, meanwhile, admitted that he’d been with Tami on February 7 but said he then went home. Clark’s wife confirmed his alibi.

Detectives decided to set their sights on Brad, as his alibi was shakier. During the intense questioning, Brad told authorities that when Tami’s body was recovered there would be something “to set me free.”

At the time, that strange statement was believed to be a reference to DNA evidence.

Less than a day after Tami disappeared, Brad Reay was arrested on suspicion of her murder — but officials needed the victim’s body to provide more evidence.

On February 10, a South Dakota National Guard helicopter spotted Tami's naked body in an isolated area north of the city, according to a Capital Journal news story at the time.

A photo of Tami Reay and her daughter Haylee.

Tami had been stabbed more than 36 times.

Investigators returned to the Reay residence for a further search that turned up a digital recorder. Audio on the device revealed that Brad actually did know Brian Clark was the man who his wife was seeing. Brad had lied when he said he didn’t know the man’s identity.

As detectives reckoned with why Brad would lie, investigators received a letter that led to a “wild turn” in the case.

The anonymous letter, which incriminated Clark, claimed Tami had been raped the night she disappeared and that a condom was still lodged inside her body.

The condom had not been not discovered in the first autopsy, but was found after a second autopsy was ordered. Evidence inside the condom had deteriorated and provided no clue to the identity of Tami's killer, though.

Investigators recalled that during his initial interview with them, Brad had claimed his wife’s body would exonerate him. Could he have planted the evidence as a way to frame Clark?

Moreover, who wrote the letter? It couldn’t have been Brad, who was behind bars.

The letters, in fact, were sent by Brad Reay’s twin brother, Bret Reay, who was later arrested and charged with being an accessory to murder. He was sentenced to the 172 days he’d been in jail before agreeing to testify against his brother and was then released.

Investigators eventually learned Brad had devised an elaborate and diabolical plan for murder and a frame job. He managed to recover a condom used by Clark during sex with Tami and planted it inside his dead wife’s body.

Brad had killed her as she slept in their bed. He secretly covered the mattress with a tarp and blankets to soak up the blood and hide the crime. The bloody materials were eventually found by investigators.

As a defense, Brad tried to pin the murder on his daughter. He claimed he saw Haylee in a trancelike state holding a knife at her mom’s bedside and said he covered up her crime to protect her.

Haylee, meanwhile, told producers her father is “a cold-hearted murderer.” She has since become a victims’ rights advocate.

At the trial, Tami's mother, Bonnie Burns, “shamed Reay for blaming his daughter,” according to an AP news report at the time. “I’m surprised you didn't blame the cat,” Burns said.

In January 2007, a jury found Brad guilty of first-degree murder for the stabbing death of his wife. They rejected “his story that the couple’s young daughter was the actual killer and he was only trying to cover up her crime,” reported the Billings Gazette in 2007.

He was sentenced to life in prison without parole.

For more on the case, watch “Framed By The Killer,” airing Friday at 9/8c on Oxygen, or stream episodes on Oxygen.com.

Movies Where An Innocent Person Was Framed By The Killer

Framed By The Killer