Sign Up for Free to View
David Camm Calls 911 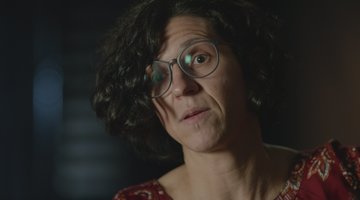 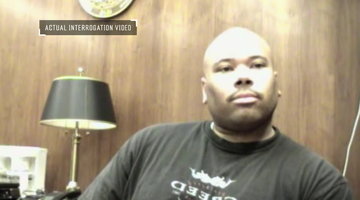 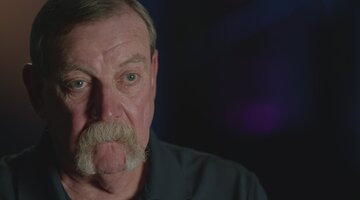 It started out like any other typical Thursday evening: A couple of hours playing basketball with friends followed by family time.

But on September 28, 2000, when 36-year-old former State Police trooper David Camm arrived home in Georgetown, Indiana at around 9:20 p.m., nothing was normal.

His wife, Kim, 35, and their kids, Bradley, 7, and Jill, 5, had all been shot in the garage. Kim was lying half-dressed on the floor near a long stream of blood. She was dead. So was Jill, who, like her brother, was in the backseat of the family’s Ford Bronco.

Brad felt warm to his dad’s touch, so Camm pulled the boy from the car and tried, unsuccessfully, to revive him.

Camm’s agonized 911 call to summon help from officials he knew after working for a decade in law enforcement is heard in “Framed By The Killer,” airing Fridays at 9/8c on Oxygen.

“Call everybody out to my house now!” he implored. “My wife and kids are dead.” A dispatcher tried to reassure Camm, saying things would be all right. The anguished husband and father responded things would not be OK.

Investigators focused on evidence at the crime scene. The prosecutor relied on Rob Stites, an alleged “blood spatter analyst,” to read and reconstruct the crime scene. The so-called expert observed that the long ribbon of blood on the floor went from dark red to clear and interpreted that color difference as indicative of a hasty attempt to clean the gore.

In addition, eight drops of drops of blood found on the bottom of Camm’s shirt, according to Stites, was high velocity impact spatter.That meant Camm had been near the victims when they were shot, he claimed.

Officials thus looked for a motive for Camm, seizing upon his past extramarital affairs and flirtations with women. Could Camm have wanted out of his roles as a husband and father so much that he killed his family?

Three days after finding his family shot to death in his garage, Camm was officially charged with their slayings.

Camm hired a team of lawyers to “tear apart the prosecutor’s theories,” according to “Framed By The Killer.” Defense attorneys questioned the blood expert’s analysis. The variance in color was a natural reaction — serum separation — that occurs when blood is exposed to air. That meant that the murders would have occurred when Camm was playing basketball. As for the spatter, the defense team’s alternative explanation was that the blood drops were transferred to Camm’s shirt from Jill’s hair when he reached for Brad.

Camm’s lawyers raised the fact that since Camm was shooting hoops, he lacked the opportunity to commit the crime. But his pals, who’d been playing ball, not watching Camm, couldn’t offer ironclad alibis, according to “Framed By The Killer.” Prosecutors pointed out that the church court where Camm played basketball was just minutes from his home. They floated the theory that Camm was able to slip away from the game unnoticed.

The defense team also flagged a prison-issue gray sweatshirt that had been overlooked at the crime scene as evidence. It had been swept up inside the body bag with Brad. On the neck of the top was the handwritten word "Backbone."

A private lab tested the sweatshirt for DNA and “a full profile for another person came back,” private investigator Bill Clutter told “Framed By The Killer.” That DNA was run through CODIS, the FBI’s DNA database, but it didn’t produce a match.

On January 14, 2002, Camm’s trial began. Criminal defense attorney Stacy Uliana watched as the prosecutor brought in a “parade” of women who’d had flings or flirtations with Camm. The strategy was “character assassination,” she told producers. Meanwhile, the “blood spatter expert” gave compelling testimony.

After deliberating for three days, the jury returned with a guilty verdict on March 17, 2002. Camm was sentenced to 195 years in prison.

Camm’s attorneys filed an appeal, and in August 2004 the Indiana Court of Appeals overturned the conviction because testimony from women about their past relationships with Camm had biased the jury.

The defense team seized the second chance to run the DNA found on the gray sweatshirt through CODIS again. This time they got a match. The genetic material belonged to Charles Boney, a convicted felon with a rap sheet for attacking women and stealing their shoes. He had been released from lockup a few months before the Camm slayings.

“He had a foot fetish,” Clutter told producers. The trait was significant because Kim Camm’s shoes had been removed and placed on the top of her car the night she was killed.

Boney also had a nickname: Backbone, which matched the name in the sweatshirt.

After Boney’s bloody handprint was found inside Kim Camm’s vehicle, he was arrested on March 4, 2005 and charged with murder and conspiracy to commit murder.

Boney changed his story about the gray sweatshirt, which he initially insisted he had donated to Salvation Army. He claimed that he knew David Camm and that the ex-trooper was the mastermind behind the homicides. Boney said he used the sweatshirt to wrap up a gun that he brought to Camm, according to “Framed By The Killer.” Boney added he heard three gunshots the night of the murders.

Camm was arrested again. He was charged with murder and, this time, conspiracy.

After a trial that lasted around three weeks, Boney, 36, was found guilty of murder and conspiracy to commit murder on January 26. He was sentenced to 225 years in prison.

Camm’s second trial began on January 17, 2006. Camm’s conspiracy charge was dropped, but he was once again found guilty of murder. He was sentenced to life in prison without parole on March 29, 2006.

However, in June 2009, the Indiana Supreme Court reversed Camm’s conviction “due to speculative evidence,” reported WHAS11 in Indiana.

In addition, the “blood spatter expert,” who was key to Camm’s conviction, was exposed as a “complete and utter fraud," Uliana added.

On October 24, 2013, more than 13 years after his family’s murder, Camm was finally acquitted of murder. He eventually won a civil settlement of $450K, the Courier Journal reported in 2016.

To learn more about the case, watch “Framed By The Killer,” airing Friday at 9/8c on Oxygen, or stream episodes on Oxygen.com.

Man Planted Evidence Inside Wife's Body To Frame Her Lover

Framed By The Killer