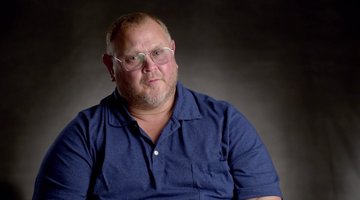 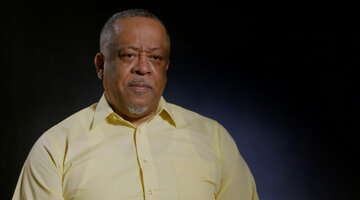 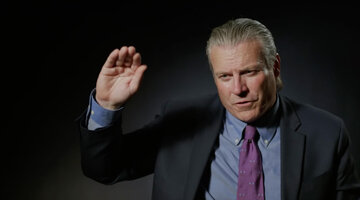 2:42
Preview
Whose Body Was Found in Gianni Belvedere’s Car?

The first sign of trouble was the ladies church luncheon. Minnie Maurin was hosting at her home in Ethel, Washington, six days before Christmas in 1985.

But there was no answer at the Maurins’ home when people showed up for the gathering.

Those there began to worry as the minutes ticked by and there was still no sign of Minnie, 83, or her husband, Ed Maurin, 81. The Christmas tree farmers were well known in the community. It was unusual for them to not be home on the 120-acre tree farm when they said they would be.

When there was still no sign of Minnie and Ed, those gathered reached out to family, but they hadn’t heard from them either. Later that evening, the sheriff’s office was called.

Shortly after 6 p.m., sheriff’s deputies did a walk around the home and noticed several items were out of place. Minnie’s purse was found behind the couch with newspaper laying on top of it. Ed’s watch, which he never left home without, was found on the nightstand in the bedroom, and bank statements were in the bathroom.

William Halstead, a deputy prosecutor for Lewis County, told Oxygen series "Homicide for the Holidays" that police drove around the town looking for the couple and checked the hospitals.

“Deputies searched into the night with no sign of the couple,” he said.

The couple’s 1968 green Chrysler was missing, so police issued an all-points bulletin across Washington state. Someone reported a car matching that description at the northeast lot of a parking area, and police confirmed it belonged to the Maurins.

Authorities made a gruesome discovery inside that car. The front seat was empty, but there was a substantial amount of blood.

More officers arrived on the scene. They found a red blanket draped over the bench seat. Under the blanket was a large amount of blood. They also spotted a man’s hat and a white shoe, as well as shotgun shells inside the vehicle and cracks in the windshield on the passenger side.

All the evidence indicated that the driver and passenger suffered gunshot wounds, but they did not know if the victims were alive or dead. A check for fingerprints on the car led them nowhere.

Investigators returned to the couple’s Christmas tree farm, hoping to find some clues. They noticed that in addition to the bank statements being on the bathroom floor, they were also in a fireplace cleanout, which was located outside the house. Police contacted the bank and discovered that Ed Maurin had stopped by on December 19, the same day the couple disappeared.

Ed had called the bank around 10 a.m. and made plans to withdraw $8,500. He arrived at the bank about an hour or so after he had called, and told the teller that he was helping a family member purchase a car so he needed the cash.

Family members had no idea what he was talking about. They were not buying a car for anyone in the family, which led police to conclude that someone made him go inside the bank and withdraw the money.

Then, on Christmas Eve, a man spotted what he thought was a mannequin in a ditch. After taking a closer look, he realized it was not a mannequin, but the body of an elderly woman.

Along with the body, police discovered a bullet trail, a pool of blood, false teeth, a pair of glasses, and a comb. They also found the body of an elderly male, which appeared to have been dragged several feet.

An autopsy confirmed that the bodies were Ed and Minnie Maurin.

“This affected the community …This affected everyone because these people were loved by everyone. When this happened, Christmas just became sad. It changed everyone’s life. The Maurins were such nice people," family friend James Shriver told "Homicide for the Holidays."

Several people came forward to say they saw a big green car with an older couple in the front seat and a man in the back. Witnesses also said they saw a man leaving the Maurins’ car with an item wrapped in a towel, which appeared to be a long gun. Police developed a composite sketch, but it didn't help.

Years passed as the the murders went unsolved. But in 1992, a tip led them to Robin Riffe, the estranged wife of Rick Riffe.

Rick and his brother, John Gregory, were well known to law enforcement, but the Riffe brothers had moved to Alaska in 1987, two years after the Maurins were murdered.

Robin Riffe told Detective David Neiser that she dropped the brothers off about a mile away from the Maurins’ home on the night of the murders. She said the next morning she got a call from John telling her to come pick them up. She drove to the location and remembered seeing a body, but her husband told John to get her out of there.

Detectives hoped that Robin’s statements would lead to the arrest of the Riffe brothers, but Robin was in prison on a drug charge. The prosecutor didn’t feel comfortable charging the brothers based on her testimony because of her background.

Neiser stayed touch with Robin until she died suddenly in 1995, a decade after the Maurins were murdered.

“Robin Riffe is our only witness that puts John Gregory and Ricky Riffe out where the bodies were found. Without her, what have we got? Zero plus zero always equals zero,” Neiser told "Homicide for the Holidays."

More years passed, and Neiser retired in 2009. Detective Bruce Kimsey took over the case. He was able to blow up and colorize photographs from the time, and called in past witnesses to look at these photos. These witnesses were able to point investigators toward the Rife brothers.

By 2012, 27 years after the murders, Kimsey finally had enough evidence to arrest the brothers.

The day the arrest warrants were signed, he discovered that John Gregory Riffe was dead.

Still, Rick Riffe was out there. Kimsey, Halstead, and a private investigator went to Alaska to arrest Rick Riffe. He denied any involvement in the crime. The evidence against him was mostly circumstantial until another witness came forward.

Family friend James Shriver told police that he was on his way to the dentist with his mother when he saw the Maurins in their car. Mr. Maurin was driving. Rick was in the front seat and John was in the backseat with Mrs. Maurin.

“The positioning of the people was very weird,” Shriver said. “I knew the Maurins, so when I went by, I waved, and nobody waved back.”

Shriver said the brothers threatened to kill him and his family if he told anyone what he saw that day.

“I feel sorry for the Hadaller family for me not coming forward earlier," Shriver said. “I did everything I knew within my power, and I still feel like I betrayed the Maurins, and I don’t know how to get over that.”

People cried when the verdict was read. Among those shedding tears was Detective Kimsey.

“I’d been dealing with this for 10 years of my life,” he said. “It was a lot of relief. A lot of emotions from me and from the family.”

For more on how the case was solved and to learn about other cases like this, tune in to "Homicide For The Holidays" on Oxygen or stream episodes here.