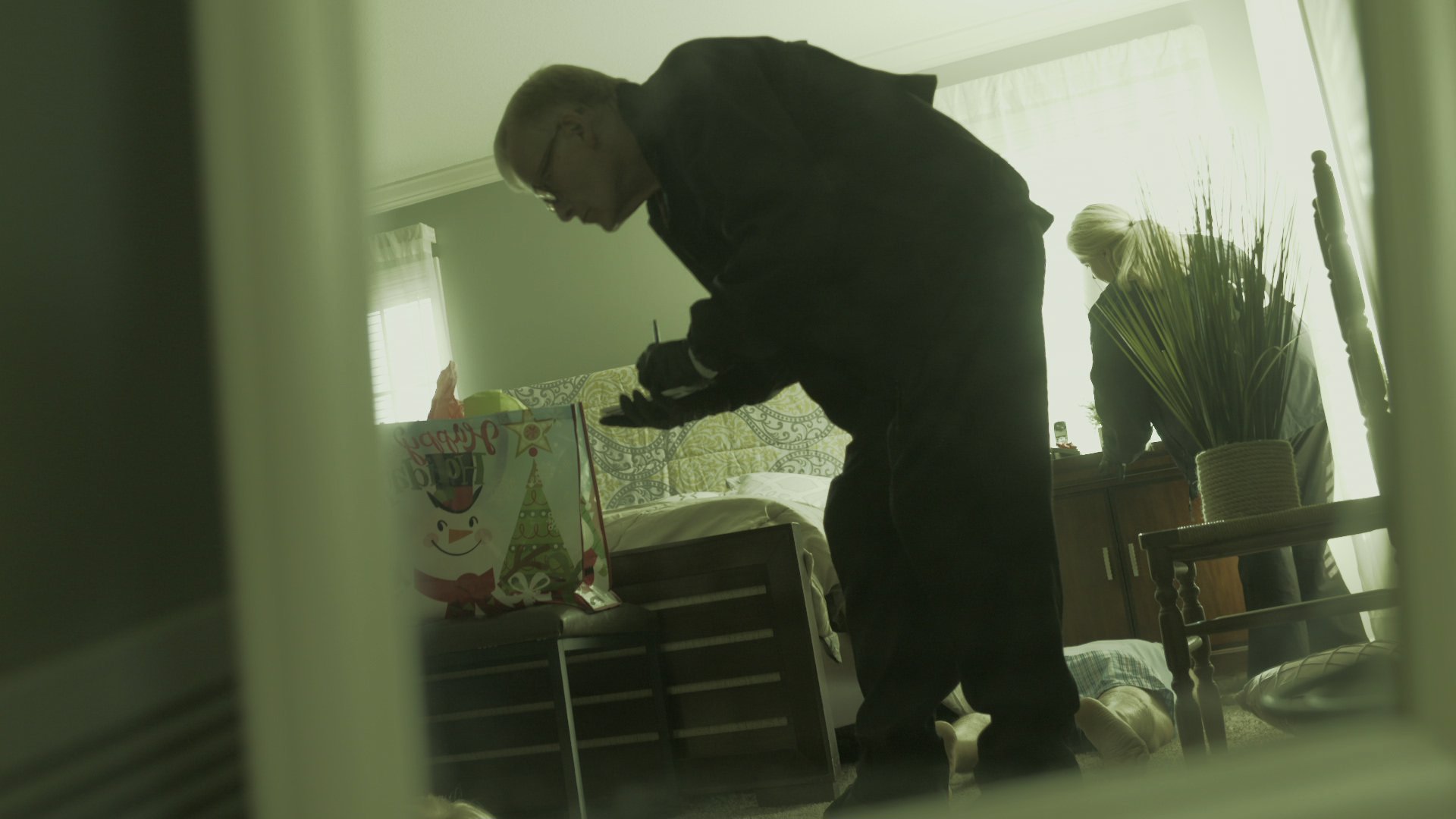 Two days after Christmas 2005, in the small community of Gateway, Florida, a 911 call was placed early in the morning. There was faint rustling on the line, and the dispatcher heard a toddler crying. Deputies from the Lee County Sheriff’s Office performed a wellness check at the address.

They found a 2-year-old wandering the home of Steven and Michelle Andrews, a young couple who moved to the area about a year prior from Minnesota. The boy’s clothes were covered in blood. The living room was still littered with presents and holiday decorations, Crime Scene Investigator Gabrielle Suboh recalled, but there was an icy stillness in the air.

In the bedroom, Steven lay face down on a blood-stained mattress with a hole in his head. Michelle was completely naked, and her body was twisted into a “grotesque” position, authorities said, at the foot of the bed. Neighbors and investigators alike were baffled: Who would do such a thing to a friendly couple in the prime of their lives?

When Steven appeared to be getting close to a secretary in his new landscape architecture office named Kellie Ballew, tensions rose. The secretary bought Steven an expensive keychain for his new car, and there was a confrontation between the women at a holiday party weeks before the murder, according to investigators.

Authorities scrutinized Ballew at first, and during interviews, she admitted that she and Steven had indeed been involved in a sexual relationship. She also explained that she had recently ended a six-year relationship with boyfriend Fred Cooper.

Meanwhile, investigators also continued to look at the scant evidence from the night of the murders: Neighbors reported hearing a loud motorcycle, and one saw the rider — a man in a camouflage hoodie. And eventually, these two investigative tracks converged.

Pulling surveillance footage from nearby businesses on the night of Dec. 26, they traced the mysterious motorcycle rider to a 7-11 at a time near when the couple was murdered. Then, a tip came in from a local repair shop.

One of the mechanics observed a co-worker on Dec. 28 working hard to scrub his camouflage hoodie clean. He pulled the lining out and used an exhaustive array of cleaning products, cleaning the hoodie for more than an hour, the mechanic told police.

The hoodie-wearing mechanic was Fred Cooper.

Detectives dragged Cooper in for an interview, and Ballew’s ex-boyfriend was visibly tense, according to “Homicide for the Holidays.” He insisted that he was home with his mother the whole evening of Dec. 27, but he let authorities take a DNA swab. Pending the results, no charges were filed — but he was put under 24/7 surveillance.

In January 2006, after Cooper’s DNA was matched to samples found under Michelle’s fingernails, authorities arrested him in Orlando.

Cooper wouldn’t face trial until 2008, and when he did, he took the unusual step of testifying in his own defense. There, he dropped a bombshell, claiming that the DNA under Michelle’s fingernails came from the two of them having sex on Dec. 26, 2005. They were “consoling each other,” Cooper claimed.

After hours of deliberation resulted in a hung jury, a new trial began four months later. This time, attorneys on both sides brought their A-game, according to “Homicide for the Holidays.” Cooper’s defense, however, had one fatal flaw: He changed details in his story, bolstering prosecutors’ case that he killed Steven because of jealousy over the landscape architect’s affair with his former girlfriend, Ballew.

After six hours of deliberations, the jury found Cooper guilty of two counts of first-degree murder and one of burglary with assault and battery while armed. He was later handed three life sentences without the possibility of parole.

“I was satisfied. Life without parole is great,” the Andrews’ neighbor Dean Harris told producers. “Let him suffer. Death would be too easy for him.”

For more on this story, tune in to “Homicide for the Holidays,” a limited series airing Saturdays at 7/6c through Dec. 28 on Oxygen.

3 Of The Most Shocking Holiday Homicides