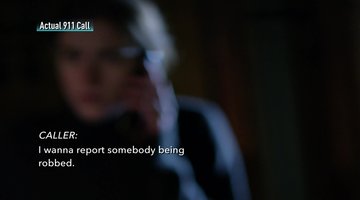 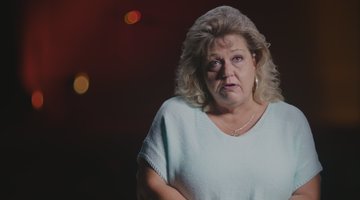 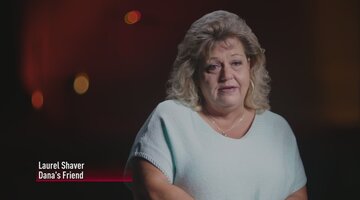 Dana Satterfield, 27, was known for having a warm smile, being a great mom to her two children, and possessing a special flair for hairstyling. She owned a beauty salon in Roebuck, South Carolina, and on the evening of July 31, 1995, she’d just wrapped a day’s work.

Around 6:30 PM, Diane Harris, a door-to-door saleswoman, stopped by the salon. A couple hours later, Harris returned to the shop area, where she waited for her ride. She was shocked to see a young man jump out the window.

The witness ran for help and asked people in a nearby house to call 911. Police hurried to the salon, where they found a woman who appeared to have been strangled with a duffel bag strap and was left hanging from a hot water heater. The victim, who had bruises on her body, was suspended an inch or so above the floor.

Roebuck is a small town and the officer recognized the lifeless victim as Dana Satterfield. Police immediately canvassed the area, but the search failed to turn up a lead.

The violence of the attack made it seem personal, Rick Gregory, a Spartanburg County Solicitor’s Office investigator, told “In Ice Cold Blood,” airing Sundays at 7/6c on Oxygen. Dana was discovered partially naked, and detectives suspected that there had been a sexual assault.

A forensics team processed the crime scene for fingerprints, hair samples, and body fluids. Evidence was sent to the lab for analysis. In the meantime, investigators interviewed Harris.

During an interview, she nervously explained that she came face to face with the man for just a second. The encounter left her shaken, but she was able to give investigators details needed to create a composite sketch to be released.

Police then talked to Dana’s husband, Mike, who downplayed stories that the couple’s marriage was in trouble. Could he have committed the crime or hired someone else to carry it out? When the victim in a homicide is married, those are standard questions. But after supplying a solid alibi and passing a polygraph test, he was cleared as a suspect.

Detectives turned their attention to a witness’ report of seeing a white and blue vehicle in the area that raised a red flag. They scoured Roebuck for the vehicle and turned up a possible match: Mary Ann Vick, one of Dana's customers, had a similar car. The witness said the Vick vehicle was not a perfect match with the one he’d seen, though.

While investigators awaited results of the rape kit sent to the crime lab for processing, they spent months painstakingly interviewing Dana’s customers. A year went by, then two. Investigators finally got a potential lead: a tip from an inmate who said his cellmate, Russell Quinn, carried a picture of Dana Satterfield and said he was involved in the crime.

Police knew that prison chatter wasn’t necessarily solid, but when Harris identified a mug shot of Quinn from a photo array as the man she saw jump from the shop window they had a reason to be more confident. Those hopes were dashed, though, when Quinn’s DNA didn’t match the rape kit evidence.

“Science doesn’t lie,” said Gregory, adding that the team was “back to square one.”

That’s where the investigation into the brutal murder stayed for a decade. Those 10 years felt like an eternity to Dana’s loving daughter, Ashley, who was 8 when her mother was slain.

Investigators were acutely aware of the time, too. After a certain “window,” homicides are extremely difficult to solve, Trey Gowdy, Spartanburg County Solicitor’s Office former prosecutor, explained to producers.

But in 2005, the case broke wide open, thanks to a chance encounter between Dana’s then-18-year-old daughter and Michael Pace, a local resident who’d harbored a dark secret for years.

Jonathan Vick, the son of Mary Ann Vick, planned to visit Dana the night she died, according to Pace. Days after the brutal killing, Vick, then 17, threatened his life, Pace said, so he kept his mouth shut.

Police interviewed Vick’s former girlfriend, who spoke of his violent streak. She also said he’d threatened her as they drove past Dana’s shop.

The evidence was compelling, but investigators needed a written statement from Pace as well as Vick’s DNA sample to advance their case. They managed to secure both. A decade after the murder, they learned that Vick’s DNA matched the rape kit evidence.

The four-day trial began in November 2006. The jury deliberated for less than 20 minutes before returning with a guilty verdict of all counts: murder, criminal sexual conduct, and kidnapping.

“That’s the jury's way of sending a message,” authorities told “In Ice Cold Blood.” “It’s less than the time it takes to watch a sitcom. That’s how reprehensible we think you are.”

Though the awful ache of losing her mother has never gone away, her daughter Ashley has helped herself heal by becoming a dedicated victim’s advocate.

“You don’t get over it,” she told WSPA.com. “You just learn how to live with it, so this is kind of my way of living with it.”

To learn more about the case, watch “In Ice Cold Blood,” airing Sundays at 7/6c on Oxygen, or stream episodes at Oxygen.com.