Sign Up for Free to View
Was Alicia Ray The Victim Of A Love Triangle?

1:07
Preview
Was Alicia Ray The Victim Of A Love Triangle?

1:56
Exclusive
Jim Webb’s Restaurant Was Rumored to Be Haunted 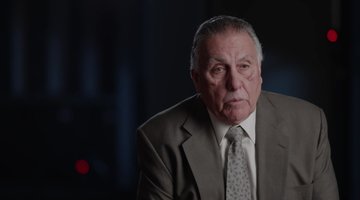 It was the summer of 2008, and 20-year-old Alicia Ray’s adult life was just beginning. She had recently moved back to Sacramento, California, and reconnected with old friends. She had no way of knowing one of them would kill her.

Ray had moved to Sacramento from Los Angeles when she was 4 years old. She was the second of three children born to a single mother.

“Alicia never really had a bond with her biological father but since I had my mom and my brother in Sacramento, the best thing for me to do was try to create that family unit,” Ray's mother, Eugena Baker, told Oxygen’s “In Ice Cold Blood." Baker later married a different man and Ray grew up believing her stepdad was her biological father.

But when Ray was 17, her world turned upside down. Her parents divorced and the man she thought was her father disappeared from her life. “She felt lost and I think had a hard time expressing her emotions,” cousin Tamica Baker told “In Ice Cold Blood.”

She battled depression and struggled at school, but found an outlet in poetry. She later won an award for a poem she wrote while attending Sheldon High School, where she graduated in 2006.

Seeking a fresh start, Eugena Baker and the girls moved to Texas in January 2007. Missing her friends back home, Ray returned to Sacramento in the summer of 2008, moving in with a friend at the Tamaron Ranch apartment complex.

Around 2 a.m. on August 10, 2008, security guards at Tamaron Ranch reported a fire. Firefighters arrived on the scene and found Ray's dead body inside one of the bedrooms with a plastic USB cord wrapped around her neck, local outlet Sacramento Bee reported at the time.

“The hips were sort of up in the air. It seemed very clear to me that there was some sort of sexual act that had occurred prior to the victim’s death,” retired Sacramento Police Department Detective Avis Beery told "In Ice Cold Blood."

A used condom was found next to Ray's body. In the kitchen, detectives found a trash bag with another used condom inside it.

An autopsy would determine Ray died before the fire. The cause of death was ligature  strangulation, according to court documents. The blaze was started by lighting the bed sheets and mattress on fire.

Ray's roommate came home at 9 that morning and was shocked to learn what had happened. She said Ray had moved in with her just three weeks earlier.

The roommate worked an overnight shift the night before and had last seen Ray around 9 p.m. Later, Ray texted the roommate and asked if she could have a man over to the apartment.

The roommate wasn’t sure who came over but said Ray had recently reconnected with her high school boyfriend, Jose Duarte.

Duarte was brought in for questioning and confirmed he had been seeing Ray since she moved back from Texas — but he also had a girlfriend named Kristy, who was the mother of his child.

On the night of the murder, Duarte was indeed with Ray.

“She had told me she wanted to see me and have a little sexual session,” Duarte casually tells detectives in video of his interrogation obtained by "In Ice Cold Blood."

Duarte claimed he had arrived around 11:45 and left a half hour later. After leaving the apartment, his mother picked him up and drove him to see Kristy at her relative’s home, where he arrived between 1 and 2 a.m.

The DNA tests from the used condoms found at Ray's apartment revealed little. One had been badly damaged from the heat of the fire and the other contained fluid but no sperm and thus no material from which DNA could be extracted.

“We were looking for an individual who was shooting blanks,” Beery told producers. Duarte had fathered a child, so the condom wasn’t his.

Investigators soon learned Ray had been working as an escort. “It was a surprise to everyone that Alicia was doing this to make ends meet,” said Beery. “Alicia would meet men online and then invite them over to her apartment.”

Police eventually located a man named Pete Wallace, who had visited Ray on the night of the murder. He was brought in for questioning and said he arrived at Ray's at around 11:30 p.m. and paid her $80 for a lap dance and "hand job," according to court documents.

“Pete explained to us he had a history of lymphoma, wasn’t able to produce sperm, so he’s sterile and he indicated that he used the condom just for regular STD protection,” retired Sacramento Police Department Forensic Investigator Kathy Boyd told producers. “When he was done he wrapped it in a napkin and put it in the empty bag. So now we have our answer to the second used condom.”

Detectives continued interrogating Duarte, who said he was aware of Ray's escort work.

“He claimed that he had even helped coach her as to how she should advertise herself,” sad Beery. “There were some messages we saw on Alicia’s computers where he was prompting her about the amount of money she should charge for a particular activity.”

Duarte agreed to take a polygraph test, but failed it.

“He definitely showed he was being deceptive on the polygraph when it came to the questions about Alicia’s murder,” Beery told “In Ice Cold Blood.”

Authorities spoke to Duarte’s mother, who said she picked up her son at 2 a.m., not midnight as he alleged. She had found him waiting across the street from Ray's apartment, hiding in a wooded area.

When confronted with his mother’s statements, Duarte changed his story. He claimed he was with Ray until 2 a.m. but left when another john arrived. He said he became concerned and snuck back in the apartment, where he alleged he saw Ray bent over and being strangled. He did nothing to stop her murder, according to court documents.

“He had something around her throat,” Duarte is seen telling detectives in his interrogation video. “I stood by like a coward. I didn’t kill her but I didn’t help her either. I knew she was dead. Everything was on fire. I just left.”

“I just instantly say to myself, ‘You’re the one who killed her because you know all of the details about it,'" Beery told “In Ice Cold Blood.”

Text messages and cellphone data definitively put Duarte at the scene. At 12:49 a.m, Ray had texted Duarte, telling him Wallace had left and for him to come up, according to court documents. "K," he replied. His cellphone was still at the apartment when the fire broke out at 2 a.m.

As the evidence mounted against him, Duarte stopped talking and asked for a lawyer. He was arrested on August 12, 2008, and charged with first-degree murder in connection with the death of Alicia Ray, felony use of a dangerous weapon, and arson, according to the Sacramento Bee.

On Ray’s computer, investigators found disturbing messages from Duarte which revealed a violent and obsessive streak. One message read, “You better stop disrespecting me or I’m going to beat your ass," according to former KCRA Sacramento reporter Leyna Nguyen.

Police believe Duarte was angry about Ray’s escort work and murdered her in a fit of jealous rage.

Jose Duarte’s murder trial began in July 2011. After two weeks, he was found guilty of first-degree murder with a deadly weapon enhancement and arson of an inhabited structure, according to court documents.

Duarte was sentenced defendant to 34 years to life in state prison. Now 34, he will be eligible for parole in 2032.

For more on this case and others like it, watch "In Ice Cold Blood" on Oxygen or stream episodes here.