Sign Up for Free to View
Lisa Valdez Would Do Anything For Her Friends, Maissa Robinson Says 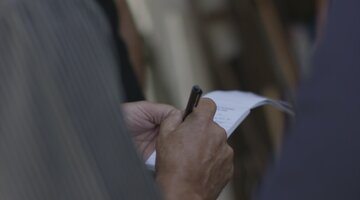 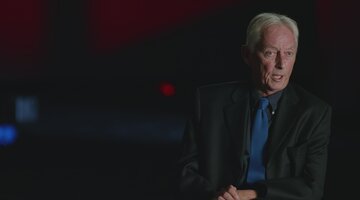 1:15
Preview
Lisa Valdez's Body Was Found Decomposing In Her Apartment 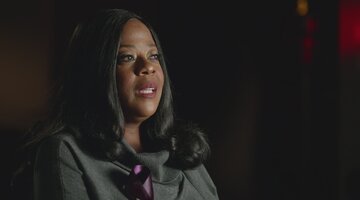 Now Playing
1:47
Exclusive
Lisa Valdez Would Do Anything For Her Friends, Maissa Robinson Says

It took 13 long years for the man who stabbed beloved 36-year-old software analyst Lisa Valdez to death in her San Francisco studio to be brought to justice.

And when 52-year-old Anthony Quinn Hughes was questioned by police after his DNA was linked to the bloody 1998 crime scene, what he did next shocked authorities, according to “In Ice Cold Blood” on Oxygen.

Valdez was a feisty “ball of energy” who would do anything for her loved ones, college friend Maiisa Robinson told producers. The last time anyone close to her saw her alive, Valdez was hosting a small dinner party at her place for her mom's boyfriend.

Four days later, police responded to a foul odor in the building and found her body lying in her apartment, legs spread, in a state of advanced decomposition. She had been stabbed 21 times in her upper body, according to court documents, and her shirt was yanked up over her head. Retired San Francisco Police Inspector Ronan Shouldice said he would never forget the disturbing scene.

“It was unusual to have a female victim who had been so savagely dispatched,” he told producers, noting that it looked like the killer had intended to further debase Valdez even in death.

The only significant clues were a pair of partial fingerprints on the underside of her toilet seat and two bandages floating in the water. There was a lot of blood all over the scene, and investigators determined that one type belonged to a male, but no matches were found by the state DOJ lab or in the nationwide CODIS database.

A couple of male suspects piqued investigators' interest, but they were eventually cleared and the case went cold until 2011. San Francisco Police Forensic Analyst Pam Hofsass had been with the case from the beginning, but new developments in forensic technology made her optimistic about the Valdez case.

The unknown male DNA was sent back out into the nationwide system, and in early September that year, a matching offender was found, Hofsass told “In Ice Cold Blood.” Anthony Hughes was picked up quickly by San Francisco officers who had his mugshot and witnessed him jaywalking right in front of them. His print matched the partials from Valdez's toilet seat, too.

“It was probably one of the most satisfying moments of my career,” Hofsass said.

Investigators initially framed their interview with Hughes as if they were looking into a string of burglaries in the area of Valdez's apartment complex. When her name came up, however, Hughes began to lose it.

“You think that I killed Lisa?” Hughes says on police footage featured in the episode. “No … I did not … kill Lisa.”

Then, Hughes asked for something to write with. It looked like he was about to write out a confession,Hofsass and Shouldice told producers.

Instead, Hughs began repeatedly stabbing himself in the chest and neck with the pen until police wrestled him into submission. He was charged with Valdez's murder, but investigators were still unable to get answers to many of their remaining questions about what had happened.

For example, Valdez's hair had been cut — her family told investigators that her waist-length mane was a source of pride and she never would have cut it herself. Shouldice guessed that Hughes, a former high-school beau, might have taken it as a trophy after he murdered Valdez, enraged by rejection.

Hughes went to trial in December 2015. The next month, the jury returned with a first-degree murder conviction, but the judge in the case reduced it at sentencing to second-degree murder. He was handed 16 years to life in prison.

Hughes maintains that he was wrongly convicted, according to local CBS affiliate KPIX.

"In Ice Cold Blood" airs Thursdays at 9/8c on Oxygen.

Georgia Man Convicted Of Killing Mother Of His Child