Sign Up for Free to View
How Did Police Find Nancy Riggins’ Body? 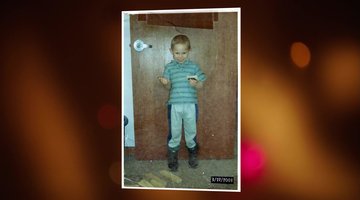 1:11
Preview
'His Grandparents Are Melting': What Happened to the Myers? 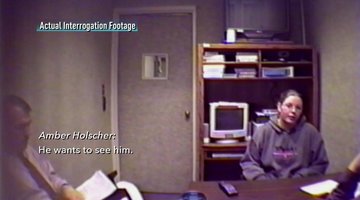 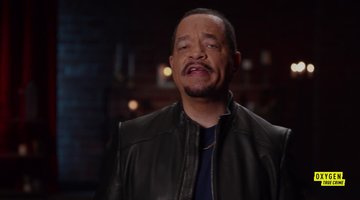 Nancy Riggins, 37, appeared to have a storybook life: a 10-year-marriage, a young daughter, a good job she liked in a local supermarket, and a home in the postcard-pretty town of Elkridge, Maryland.

Stephen Riggins, her husband, called authorities on July 3. Employed at a waste-water treatment plant where he worked the overnight shift, he told them his wife wasn’t home when he arrived from his job on the morning of July 2.

He said he waited 48 hours before calling because he thought that was mandatory in Maryland, and claimed that when he came home, her minivan was in the driveway and the door was unlocked. She was nowhere to be found, but their 5-year-old daughter, Amanda, was alone in her bedroom.

Steve also told authorities they were having relationship issues, the fallout of his extramarital affair. But the fact that young Amanda had been left alone made Nancy’s disappearance suspicious to detectives, reported the Washington Post in 1997.

Three days into their investigation, detectives learned that Nancy found out that Steve was having an affair with the couple’s 18-year-old babysitter. The relationship began when the sitter was just 14, according to “In Ice Cold Blood.”

Nancy was planning to divorce her husband because of the cheating, co-workers said, reported the Washington Post in 1997.

The Riggins' babysitter told investigators that on June 30, Nancy had confronted her and threatened to tell her mother. When the girl told Steve about her encounter with Nancy, he told her, “Don’t worry about it,” and said that he’d “take care of it.”

“It became less and less of a missing person case, and more and more of a potential homicide case,” Greg Marshall, retired homicide detective with the Howard County Police Department, told producers.

Suspicions intensified when investigators learned Steve asked the babysitter to move in with him four days after his wife went missing. He even gave the girl Nancy’s engagement ring.

Steve and the babysitter were both persons of interest and brought in for further questioning. They were also given polygraph tests. While the sitter passed hers, Steve showed signs of being deceptive.

Investigators focused on Steve. They determined that he could have left his job and returned home without raising awareness at work. They also learned Steve had talked about killing his wife and had asked coworkers about handguns and how to dispose of a dead body.

About a week after Nancy's disappearance, detectives were able to get a warrant to search the Riggins' home and look at the vehicles. Searches turned up no clues or leads.

Detectives decided to put a body wire on the babysitter. The plan was that she’d meet with Steve and get him to talk about what happened to his wife. However, Steve avoided the topic and the plan fizzled.

On August 11, police wired up a close family friend, John Thomas, in the hope that he’d catch Steve in a confession. That, too, failed.

Still, detectives were convinced by witness statements and circumstantial evidence that Nancy had met with foul play. The State’s Attorney reviewed the case.

“Given the fact that we did not have a body, they thought it was in the best interest of the state to wait and try to obtain additional physical evidence before they brought criminal charges,” Charles Jacobs, retired homicide lieutenant with the Howard County Police Department, explained to producers.

Steve Riggins’ sexual relationship with a teenager was another story. On February 4, 1997, he was arrested on sexual child abuse charges. He pleaded guilty and was sentenced to 18 months in the Howard County Detention Center. He was released after 13 months.

Then, four years after Nancy went missing, a jailhouse conversation turned the case around. Detectives discovered Steve told a fellow inmate that he killed his wife.

In August 2000, that inmate told authorities that Steve said he came home from work in the middle of the night and strangled Nancy. He never said what he’d done with her body, but the state’s attorney gave the green light to move forward.

On September 21, 2000, Steve Riggins was arrested for first-degree murder. Prosecutors knew the case was an uphill battle: There was no body, no murder weapon, no DNA or physical evidence.

In July 2001, Steve’s trial began. The prosecution emphasized Steve was obsessed with his teenage girlfriend and that his wife planned to divorce him and report his illicit relationship with a minor.

On July 20, 2001, the jury returned after four hours of deliberation. Steve, then 44, was convicted on November 29 and sentenced to life behind bars. The sentence will allow him to seek parole after he serves 15 years, reported The Baltimore Sun.

Investigators were pleased with the verdict but frustrated that Nancy’s body was never found.

In October 2007, Jacob and Marshall visited Steve in prison, they told “In Ice Cold Blood.” They told him that if he’d tell them where Nancy’s body was they’d testify that he did that at his parole hearing.

Two weeks later, Steve Riggins took them to a patch of woods about three miles from where he had lived.

“He pointed to an area and said, ‘She’s right over there,’” detectives told producers. Remains found were later confirmed to be those of Nancy Riggins.

To learn more about the case and others like it, watch  “In Ice Cold Blood,” or stream episodes here.

Ohio Couple Killed For Their Valuable Farmhouse And Property

How A Memphis Man Who Strangled A Hairdresser Was Caught