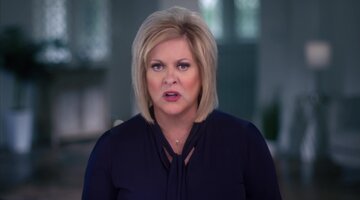 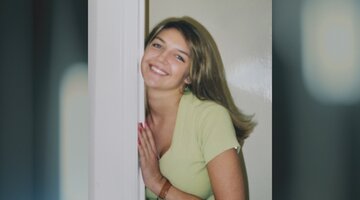 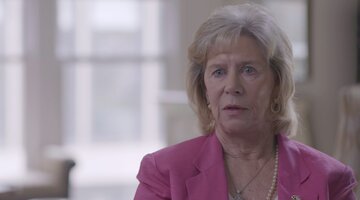 On the night of Jan. 6, 2007, Channon Christian, 21, and her boyfriend Christopher Newsom, 23, headed out for a friend’s birthday party in Knoxville, Tennessee. They never arrived.

En route to the festivities, they were carjacked, tortured, raped, and killed in acts of unthinkable violence.

In exclusive interviews with “Injustice with Nancy Grace,” airing Thursdays at 9/8c on Oxygen, the victims’ families discuss the heinous murders, unthinkable mistrials, and how they took matters into their own hands for the sake of their kids.

Deena Christian, Channon’s mother, awoke with a bad feeling on January 7. Channon, a sociology major at the University of Tennessee, wasn’t home or answering phone calls.

The worry intensified when Channon’s best friend called and said that the two were no-shows at the party. Then Channon’s boss phoned to say she never came to work. Deena dialed 911.

Because Channon and Chris were adults, authorities couldn’t step in until after 24 hours had passed. In the meantime, Channon’s cell phone pinged near Cherry Street, a high-crime neighborhood in the city.

“It’s not an area you go to unless you live there or unless you’re up to no good,” Knoxville News Sentinel reporter Jamie Satterfield, who extensively covered the case, told producers.

The Christians and Newsoms went searching for their kids on their own, and Channon’s father found her car.

Ed Kingsbury, an investigator with the Knoxville Police Department, told producers that the vehicle had been wiped down — and the scrubbing was an ominous red flag.

The situation went from bad to worse. On January 8, a man’s burned body, still smoking in the aftermath of being set ablaze, was found near train tracks.

Authorities confirmed that it was Chris Newsom. He had been bound and shot three times and set on fire.

To locate Channon, police examined her car and found an envelope. It was dusted for prints and yielded a hit, Tim Hutchison, a retired Knox County Sheriff, recalled to producers.

The suspect, Lemaricus Davidson, was a known carjacker who’d recently gotten out of prison. Investigators learned that he was renting a small house on Chipman Street, in the Cherry Street area.

On January 9, investigators searched the house and found Channon’s lifeless body. She had been gang-raped, choked, and bound before being put in a garbage can and suffocated to death, according to a 2008 Knoxville News Sentinel report.

“They stuffed her in a trash can like a piece of trash,” Deena Christian told producers.

A search of the murder scene turned up a video rented from a library in Kentucky by a man named George Thomas. As the investigation crossed state lines and federal investigators were called in, Knoxville police questioned Davidson’s girlfriend, Daphne Sutton, who’d lived in the Chipman Street house right up until Channon and Chris went missing.

Sutton told authorities that on January 7, Davidson was at the house with Thomas, Davidson’s half-brother, Letalvis Cobbins, and a woman named Vanessa Coleman. Sutton said she’d last seen Davidson when she dropped him off later that day at the home of a person named Eric Boyd.

Knoxville police tracked down Boyd, who led them to a house where Davidson was holed up. As the SWAT team grabbed Davidson the suspect declared that he’d done “nothing to that girl,” Kingsbury told producers.

Meanwhile, about 133 miles away in Lebanon, Kentucky, Cobbins, Coleman, and Thomas were arrested. Authorities counted on the alleged co-conspirators to rat each other out, and Thomas revealed that Davidson was the ringleader of the murders and named Boyd as his accomplice.

Authorities had five suspects in custody and mounting DNA material incriminating suspects in varying ways to Channon’s killing despite the fact “household clean had been poured in her mouth to remove evidence,” according to court records, NBC News reported in 2007.

On the other hand, DNA evidence on Chris was destroyed when his body was set ablaze.

Aware that there was evidence, the five suspects told their version of the events to cast blame on others. A picture of the fatal events emerged: Davidson needed a vehicle and Channon and Christopher were targeted for carjacking.

When the two were ambushed at gunpoint, another car approached and spooked the suspects. The couple was pushed into the vehicle and taken to the Chipman Street house.

A key element of the case turned on Tennessee’s Criminal Responsibility Law. If you’re aware of a crime and do nothing to stop it, you’re held responsible too. Except for Boyd, suspects implicated themselves by admitting that they were in the house.

Among the questions that emerged was whether Coleman was a willing participant in the crime or held against her will. In a journal Coleman described events around January 7 as “fun adventures.” It cast doubts on her claims of innocence.

Trials unfolded separately. In April 2008, Boyd was found guilty of being an accessory to a fatal carjacking and of aiding Davidson, a fugitive. He was sentenced to the maximum of 18 years.

The Knox County DA built sturdy cases against Davidson, Cobbins, and Thomas. Over eight months, each was tried independently on 46 charges including the kidnap, rape, and murder of Channon and Chris.

“This was the worst crime Knoxville had experienced,” Hugh Newsom told producers. Photographs of the crimes caused some people in court to pass out.

The judge — former Knox County Criminal Court Judge Richard Baumgartner — declared that anyone who cried would be kicked out of court.

“You will not be allowed to be in this courtroom if you do that because I will not tolerate it,” Baumgartner said in taped proceedings, which can be seen on YouTube.

The verdicts were delivered in three independent trials before three separate 12-member juries. Davidson was found guilty of two premeditated murders and received the death penalty. Thomas and Cobbins each got life sentences without the possibility of parole. Coleman was found guilty of lesser charges and was sentenced to 53 years, according to a 2010 Knoxville News Sentinel report.

But a shocking twist that threw judgments into question came four years after the murders. In January 2011 Baumgartner announced that he was stepping down and admitted that he was hooked on opiates. The disgraced judge resigned and eventually pleaded to misconduct before he died at age 70 in 2018, Knox News reported at the time.

The State Supreme Court ruled that because there was DNA evidence in the Davidson and Cobbins convictions the sentences would stand, but new trials for Thomas and Coleman were ordered.

Relieved that perpetrators didn’t get away scot free, the Newsoms were still determined that Boyd would pay for their son’s death.

“We took it upon ourselves to go and talk to George Thomas,” Hugh Newsom told producers. Prosecutors struck a deal with him if Thomas testified against Boyd.

Eleven years after the murders Thomas “threw everything on Boyd,” Satterfield told producers. On August 13, 2018, Boyd was found guilty of 36 charges connected to the kidnap, rape, and murder of Channon and Chris. He received two life sentences plus 90 years in prison.

Davidson and Boyd have unsuccessfully appealed their sentences. Coleman is up for parole in December 2020.

The Christians and the Newsoms, according to “Injustice with Nancy Grace,” are present for every appeal. Seeking justice for their kids never ends.

To learn more about the case, watch “Injustice with Nancy Grace,” airing Thursdays at 9/8c on Oxygen or stream episodes on Oxygen.com.

Dad Allegedly ‘Did Nothing' As Wife Tortured His Son