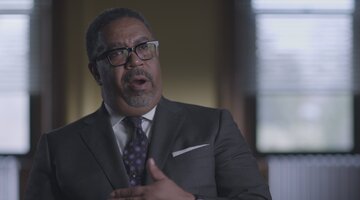 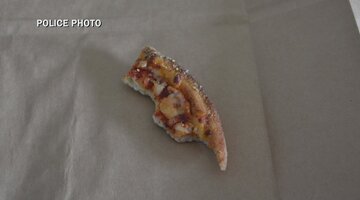 Now Playing
1:23
Exclusive
Daron Wint Was Arrested Over A Slice Of Pizza 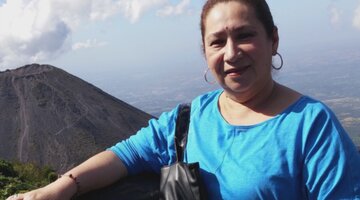 1:18
Exclusive
Was Justice Served In the Murders of Vera Figueroa and The Savopolous Family?

On May 14, 2015, fire officials responded to a residential blaze in a Washington, D.C. neighborhood known for its affluence, safety, and proximity to power. The stately mansion’s address was just a few blocks from the home of the Vice President of the United States.

It’s been 21 months since the merciless murderer who set the blaze to cover his tracks was sentenced to life in prison. But Grace, a former prosecutor, put the case back in her crosshairs to show how poorly judged leniency can cost people’s lives.

When Savvas Savopoulos, 46, his wife Amy, 47, and their 10-year-old son, Philip, were found on May 14, 2015, they were already dead. The family housekeeper Veralicia Figueroa, 57, was still alive at the time and rushed to the local hospital, where she sadly later died.

At the crime scene on Woodland Drive the smell of accelerant was apparent. Investigators reasoned that arson was involved and that it was used in order to destroy evidence.

Todd Amis, a retired Metropolis Police detective, reiterated that sentiment, telling producers the Savopoulos home looked as though “a war had taken place.”

The four deaths were classified as homicides.

Investigators sifted through the evidence at the crime scene, meticulously taking inventory. The search turned up a bloody baseball bat and a sword from Savvas’ samurai collection. The findings led investigators to theorize that the victims had been tortured before being massacred and incinerated.

Other clues included a hair and leftovers in a take-out pizza box. Meanwhile, a home-surveillance system, along with SIM cards, were gone.

Detectives reasoned that the murders were more likely to have some inside connection than to have been a random home invasion.

Hours after the investigation began, traffic cameras “tracked the Savopoulous family’s stolen car through D.C. and into Maryland, where it was later found on fire,” WTOP News reported in 2018.

The location of the burning abandoned car as well as evidence inside the vehicle turned out to be significant clues in the case dubbed the D.C. mansion murders.

As the search for evidence was underway, authorities pieced together the case through interviews with individuals who worked in the family home as well as at American Iron Works — Savvas was the CEO of the Maryland-based construction supplier.

This line of investigation led to Savvas' assistant Jordan Wallace, who claimed that the night before the fire, his boss had left him a voicemail with instructions. Wallace was to pick up a package on May 14 in Maryland, near American Iron Works.

On that morning Wallace met with the company’s chief financial officer. The CFO handed him a bundle with $40,000 inside it. At 10:15 a.m. on May 14, Wallace got a text from his boss telling him to put the package in his Porsche parked at his home and then go, according to a 2018 WTOP News article.

The circumstances were weird, but Wallace was cleared of any suspicion of wrongdoing. Instead, investigators reasoned that the family and housekeeper had been held hostage since the evening of May 13.

Interviews with another longtime family housekeeper, Nelitza Gutierrez, supported that theory. She told producers that she’d gotten contradictory messages from her bosses telling her to stay away from the home.

On May 18, investigators got a game-changing break. DNA from the hair and pizza crust found in the home had been run through CODIs, the FBI’s national DNA database, and they led to a hit.

The suspect’s name: Daron Wint, a native of Guyana and a former Marine, the AP reported in 2015. He was a known criminal with an extensive history of violence.

Wint’s chilling list of offenses included multiple stabbings as well as death threats against toddlers, according to a 2019 WJLA article. Wint, a welder, worked for American Iron Works but was fired.

In 2015, Wint was arrested outside the American Iron Works headquarters while carrying a two-foot-long machete and a BB pistol. The weapons charges were dropped after he pleaded guilty to possessing an open container of alcohol in a retail area, court records show, AP reported in 2015.

Unfortunately, this leniency left him free to commit a brutal crime. Authorities now believed Wint had held the family captive to get the $40,000 before killing them in the gruesome murders and burning down the house to cover his tracks.

Investigators questioned Wint’s father, who had had run-ins of his own with his son. Wint’s father offered to call his son for investigators. When the suspect answered the phone, detectives got on the line. They told Wint that he should give himself up by walking to the nearest police officer or by calling 911. Wint chose neither option: He fled instead.

A fugitive task force was immediately assembled, and a multistate chase was underway for Wint.

On May 21, 2015, Wint, 34, was arrested at a Howard Johnson hotel parking lot in Maryland. Wint had thousands of dollars in cash on him when he was busted, according to WJLA.

In a statement, the Savopoulos family, including two daughters who were not home when the torture-murders happened, expressed gratitude to authorities.

“We are thankful to law enforcement who have worked so diligently to bring about an arrest in this case. While it does not abate our pain, we hope that it begins to restore a sense of calm and security to our neighborhood and to our city.”

Following Wint’s speedy arrest, three years passed before his trial. In October 2018, defense attorneys tried to cast doubt on Wint’s guilt as well as the DNA evidence at the crime scene. Lawyers attempted to shift the blame onto Wint’s brother and half-brother.

Wint’s trial lasted six weeks. The jury deliberated for two days before they returned with a verdict: Wint faced 20 charged including first-degree murder and was found guilty on all of the counts brought against him.

On Feb. 1, 2019, Wint was sentenced to four life sentences without the possibility of parole.

To learn more about the case, watch “Injustice with Nancy Grace,” airing Thursdays at 9/8c on Oxygen or stream it on Oxygen.com.

'The Staircase' Murder Mansion Now Up For Sale