1:37
Preview
Police Used A Drug Dealer As An Informant In Tabatha Bryant Case 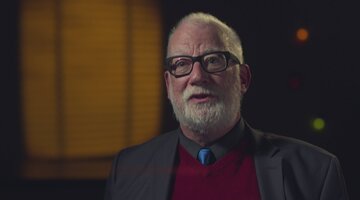 Kevin and Tabatha Bryant's marriage was unusual and increasingly fraught with tension. The successful attorney married his former secretary in 1997. They lived in comfort in Penfield, New York, a suburb of Rochester, while both struggling to make their relationship work. Despite their efforts, the marriage would end bloodily in July 2003.

Sex parties, strip clubs and prostitution began to play a role in their marriage, at Kevin’s request, in the last few years of their relationship, according to friends interviewed for “Killer Affair” on Oxygen.

Kevin, 46, sought satisfaction by introducing outside parties to their sex life, and he liked to bring Tabatha with him to clubs. There, his wife would give lap dances — and sometimes more — to other men while Kevin watched.

“I was shocked that a lawyer and officer of the court was conducting his life in such a manner,” former Monroe County Investigator David Vaughn told “Killer Affair.”

Tabatha mostly played along with her husband, hoping that if she satisfied his desires, their marriage might improve, friends told producers. She was pushed into a lifestyle she wasn’t comfortable with, and Kevin’s wants were putting a strain on their relationship.

This pushed Kevin’s already distant wife further away, and into the arms of that man — Keith Cromwell — in January 2003. Kevin was aware of what was going on between the two and, in June, he hired a private investigator to document the affair and keep tabs on them, according to court documents.

Still, Tabatha spent more and more time with Keith, who her friends said made her happy. Eventually, Kevin threatened a divorce — and vowed to take the couple’s two young sons. Fearing that her husband, as an attorney, would likely win in the proceedings, Tabatha reluctantly broke things off with Keith.

About a month later, on July 13, 2003, Tabatha would be found dead inside the home, shot in the face and stabbed multiple times. The killing took place while Keith allegedly sat upstairs reading.

Investigators initially regarded Kevin with suspicion — because of his admitted marital problems and his affect on the 911 call and in his police interview.

Kevin was strangely calm while speaking with the 911 dispatcher about finding his wife’s body, according to “Killer Affair.”

True crime author Michael Benson described Kevin as “the calmest man in the history of 911 calls.” When he went to the police department for an interview, Kevin’s mood shifted rapidly between emotional, unfeeling and threatening, former investigators told “Killer Affair.”

Kevin told one investigator, “I want you to find out who did this or I’m going to kill you.”

Still, there was no physical evidence linking Tabatha’s husband to her murder, so investigators turned their attention elsewhere, while not ruling out Kevin’s involvement.

“We felt strongly that there were other actors involved,” said former Monroe County Undersheriff Dan Greene. “So, we had to look at other people in Tabatha’s life, as well as anybody that could have had access to the home.”

The next suspects in line were indeed close to home: Tabatha’s half-brother, Cyril Winebrenner, and his girlfriend, Cassidy Greene. Tabatha and Winebrenner had recently reconnected after a death in the family, and she had invited him to stay temporarily at her home — Kevin even gave him a clerk job in his law office, according to “Killer Affair.”

Winebrenner stayed with the couple for about six months — then the half-siblings’ relationship deteriorated, investigators learned. When Winebrenner started dating Greene, she also moved in, and allegedly was using drugs. Tabatha also suspected Greene of stealing from her and getting Winebrenner into drugs, so she kicked the two to the curb.

Investigators thought they might be onto something, so they hauled Greene in on a drug charge. They searched some of her belongings and found that she owned a rifle of the same caliber as the bullet that was found in Tabatha’s head. Greene broke after two hours of being interviewed, according to “Killer Affair,” and admitted her involvement in the murder.

Greene was only the getaway driver, though, she said. Cyril was the gunman. The two had agreed to take out Kevin’s wife for roughly $5,000 in cocaine money. Kevin allegedly was afraid of losing his boys in a divorce proceeding and was still humiliated and incensed over his wife’s affair.

Both Kevin and Winebrenner were convicted and sentenced to life in prison. Greene pleaded guilty to manslaughter and is currently serving a 15-year sentence, according to local outlet the Daily Messenger.

For more details of the sordid marriage and affair that led to Tabatha Bryant’s murder, watch “Killer Affair,” Sundays at 8/7c on Oxygen.