Sign Up for Free to View
Who Was Antoinette Martinez? 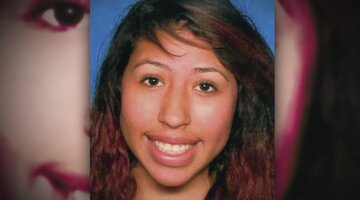 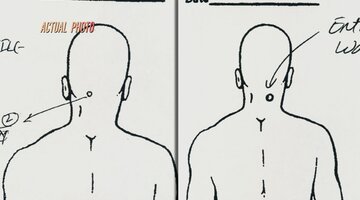 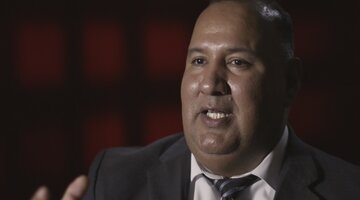 2:00
Exclusive
What Happened To Antoinette Martinez And Cameo Clines?

In the summer of 2014, authorities in Bexar County, Texas were investigating what they thought was the work of a possible serial killer.

Two young men, Xavier Cordero Jr. and Steven Rendon, had been murdered in separate shootings just days apart and dumped in rural areas. Both victims were Hispanic men who had been bound with brown packing tape and shot in the head with a small caliber handgun. Their remains had been found within three miles of each other, and it was discovered both Cordero and Rendon drove Mitsubishi Lancers.

It wasn’t until a burglary at a San Antonio convenience store, however, that investigators learned there was not one, but two suspects in the brutal executions.

On June 29, 2014, Cameo Clines, 20, was apprehended at his apartment following an aggravated robbery in which he shot a store clerk in the face. His girlfriend, Antoinette Martinez, 19, was also found inside the home, according to “Killer Couples,” airing Thursdays at 8/7c on Oxygen.

While searching the apartment, investigators located a handgun as well as two pieces of evidence that linked them to the murders of Cordero and Rendon. Inside the bathroom toilet bowl tank, authorities discovered both men’s driver licenses, and after processing the rest of the scene, they found brown packing tape matching the type found at both crime scenes.

Rendon’s vehicle was also parked in front of the complex.

Believing they had caught their killers, Clines and Martinez were booked on suspicion of murder, and while Martinez initially denied having any involvement in or knowledge of the killings, she ultimately confessed that she and Clines had killed the two men.

Speaking with investigators, Martinez said the crimes were spurred by an incident at work, a local fast food restaurant that she managed. She claimed she often worked overtime without compensation, and after complaining to Clines, her employee turned boyfriend, they both asked for raises.

When they were denied, Martinez said they began stealing from the restaurant, and soon, it escalated to armed robbery. Martinez lured their first victim, Cordero, who was also her ex-boyfriend, to her apartment during the early morning hours of June 18.

Martinez said she invited him over under the guise of having sexual relations, but once they made it to the bedroom, Clines surprised him with a gun. Clines pistol whipped Cordero, and the couple then tied him up and walked him to his car.

They put him in the trunk and drove to a remote field, where Martinez said she believed they would let him go after taking his money and car. She claimed, however, that Clines then decided to gun him down. The couple made off with between $125 and $250, which Martinez said they needed for rent money.

A few days later, Martinez made a fake profile on the app MeetMe with the intention to “get another victim.”

“I needed a car. I needed money,” she said in interview footage obtained by “Killer Couples.”

That is when she found Rendon, whom she invited to her apartment for a sexual encounter. She told investigators she was able to tie him up with tape by pretending to play a sensual game, and that when he was secure, Clines entered the room with a gun.

The couple walked Rendon to his car and drove him to a rural area where he was shot and killed. Martinez said he only had $5 in his pocket, and because of the low score, Clines later robbed the convenience store.

“Antoinette never shows any emotion, even when talking about what happened. She said, ‘We were like Bonnie and Clyde.’ I think she saw Bonnie and Clyde as kind of like heroes in a way. These were two outlaw gangsters, and she wanted to be that as well,” former Bexar County prosecutor Marilisa Janssen told “Killer Couples.”

While Martinez said Clines was the one who pulled the trigger in both cases, he denied killing the men and said the plot was Martinez’s idea.

Hoping to dig up more evidence, authorities ran a ballistics test on the gun found at Clines’ apartment, which came back as a match to the gun used in the robbery and the two murders. Surveillance footage also showed the couple purchasing the brown packing tape that was used at both crime scenes where bodies were recovered.

On Jan. 12, 2016, Clines pleaded guilty to two counts of murder, and received two concurrent life sentences. He also received 20 years for the aggravated assault against the storekeeper, who survived the shooting.

Martinez took her chances at trial, and the defense argued she had been under Clines’ spell the entire time. The jury, however, disagreed and found her guilty of capital murder, for which she received a life sentence without the possibility of parole.

To hear more about the case, watch “Killer Couples” now at Oxygen.com.