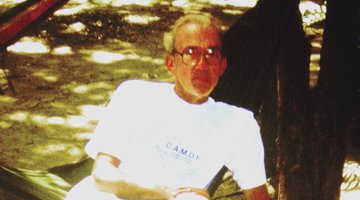 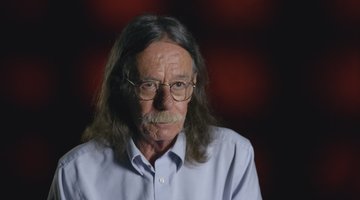 3:37
Exclusive
Was Justice Served in the Carolyn King/Bradley Martin Trials?

Could a young couple that met at a candy factory be behind two horrific murders? A desperate manhunt led to answers.

On September 25, 1993, police made a welfare check at the Lebanon County, Pennsylvania home of Guy Goodman, 74, a community-minded retired florist who’d not been seen in several days.

An officer saw through a window that the home was in disarray, and upon going inside was met with a stench so horrible it made breathing difficult, according to “Killer Couples,” airing Thursday, May 27 at 8/7c on Oxygen. There were signs of a disturbance, including a shattered vase and streaks of blood on the floor.

In the basement, the officer found a decomposing body of a man partially concealed under a blanket. The victim, identified through dental records as Goodman, had been bound with cords and hogtied. A plastic bag covered his head.

He’d been dead for about a week. The cause of death was determined to be asphyxiation.

“It was obvious this man died a horrific death,” investigators told producers.

Police observed no signs of a break-in, suggesting Goodman opened the door to the perpetrator -- or perpetrators. A trio of cups on a kitchen table indicated three people may have present in the victim’s final moments.

Goodman’s car and credit card were missing. As police searched for the vehicle and tracked Goodman’s credit activity, fingerprints at the crime scene turned up a lead.

The prints belonged to Bradley Martin, a 21-year-old inmate at the Lebanon County Prison. On September 15, 10 days before Goodman’s body was found, Martin left lockup on a work-release pass and never returned.

Martin was behind bars at the time for a parole violation. He was allowed into the release program that let inmates leave the prison for work because he’d been a model inmate, investigators said. Martin had a job at a local candy-packaging company. Through the position, Martin met and began a relationship that included conjugal visits with Carolyn King, 27, a married mother of four, according to “Killer Couples.”

Detectives put out an APB for him and King. Police didn’t know if she had been kidnapped by Martin or if she had abandoned her former life and was a willing participant. King’s husband told authorities that he hadn’t talked to his wife in weeks.

There was a connection to Goodman, too: He had participated in a program to help troubled youth and had been mentoring Martin, who’d had numerous scrapes with the law. Investigators theorized that Martin could have targeted Goodman for money.

Employees at businesses where the cards were used identified Martin and King as the people who made purchases through photo lineups. They also told authorities that King didn’t appear to be in any distress.

After a hotel clerk put a hold on Goodman’s card because of suspicious activity, the trail of digital breadcrumbs Martin and King had been leaving stopped. The clerk told authorities that Martin and King had tried to use the card and left in a hurry after he threatened to report them.

It wasn’t long before detectives received an update that Goodman’s checks had been used at businesses in North Dakota. That included a hotel where a guest, Donna Martz, 59, who worked for a tour bus company, was last seen before disappearing.

As authorities searched frantically for Martz, sheriffs located Goodman’s car that had been abandoned. Investigators believed Martin and King had dumped that car and were now using Martz’s.

The desperate manhunt for Martin and King was broadcast on news stations nationwide, and on October 5, the media frenzy paid off. A California Highway Patrol officer spotted a vehicle matching the description of Martz’s car outside of San Diego.

The patrolman confirmed that there were two people in the vehicle and got close enough to identify them as Martin and King. As the officer radioed for backup, the couple realized they were being followed. A chase ensued leading all the way to Yuma, Arizona.

The pursuit ended when their car got into an accident. Martin and King were taken into custody on October 5. There was no sign of Martz, and the couple refused to answer questions about her.

King denied having any involvement in Goodman’s murder or Martz’s disappearance, but with evidence stacking up against King, the FBI pressured her to give up Martz’s whereabouts. She told them that she was dead. She repeated that she had nothing to do with Martin’s rampage and claimed she was forced to flee with him.

King went with Martin to ask Goodman for money on September 17, she said. When Goodman refused to help, Martin smashed him over the head with a vase, dragged him to the basement where he tied him up with cords he ordered her to collect, encased his head in plastic, and left him to die.

King told authorities she went along because feared for her life. She said that Martz became the next victim because they needed money and a different getaway car.

On September 26, King said, Martz was abducted at knifepoint in the hotel parking lot. Martin stabbed her in the side and dumped her into the trunk of her car. On September 30, he forced her out of the car in the Nevada desert, ordered her to undress, and shot her in the head. Her body was left for coyotes.

King maintained that she was an innocent bystander. When authorities told Martin that King denied any blame, he went along with her. Martin’s version of the events matched King’s.

Despite Martin’s unwillingness to throw his girlfriend under the bus, authorities suspected she actually had played a key role in the crime spree. She wrote checks, used the credit cards, and never seized a moment when she was alone to escape.

Eventually, Martin and King cooperated with police and drew a map of where Martz was shot. Her body was recovered and brought home to her family.

Martin and King were both charged with kidnapping and two counts of murder. They were brought back to Pennsylvania and awaited trial. On October 11, 1994 they were each found guilty and sentenced to death. Martin and King  were later resentenced to life without parole.

To learn more about the case, watch “Killer Couples,” on Sundays at 8/7c on Oxygen, or steam episodes here.

Businessman Dismembered And Burned By Wife And Her Lover