Sign Up for Free to View
Who Were Henry and Chara Bryant? 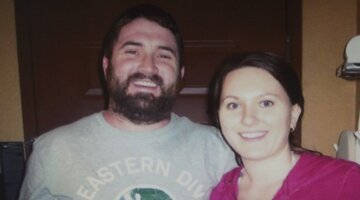 Now Playing
1:45
Preview
Who Were Henry and Chara Bryant? 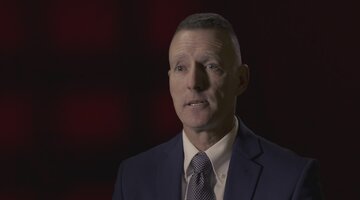 2:23
Exclusive
The Murders Of Chara And Henry Bryant

Dubbed “the definition of love,” husband and wife Henry and Chara Bryant reconnected after several years and multiple failed relationships to raise their blended family in Mount Vernon, Kentucky.

Their second chance at happiness, however, came to a tragic end the night of June 8, 2017, when they were mercilessly gunned down in their own home.

At 7:30 a.m., police received a 911 call from Brooklyn Reynolds, Chara’s 16-year-old daughter, who said that she had woken up and found the glass sliding door to her mother and stepfather’s bedroom shattered and forced open.

Inside, she found Chara lying in bed and Henry collapsed in the bathroom — neither were breathing.

When first responders arrived, they found Reynolds and her two sisters, Caitlin Whitt and Madison Bryant, and they were transported to the local police station as authorities processed the crime scene.

“It was a very bloody scene. A lot of blood in the floor, blood on the door, blood on the walls, handprints from an apparent struggle,” Kentucky State Police Detective Ryan Loudermilk told “Killer Couples,” airing Thursdays at 8/7c on Oxygen.

While examining the bedroom, investigators made a curious discovery: The shattered glass was on the outside of the door, signaling that it had been broken from the inside out. There was no other evidence of forced entry or a robbery, and when speaking with the three daughters, authorities learned that none recalled hearing gunfire or any sounds of a struggle.

Reynolds told detectives that the family had returned from an annual family vacation to Florida the night before, and she had found the bodies after waking up to take their dogs out for a walk, which was confirmed by her sisters.

As they took a closer look into the teenager, however, authorities learned that her relationship with her mother and stepfather had grown increasingly strained in the weeks leading up to the murders. The trouble, investigators found out, had to do with Reynolds’ 22-year-old boyfriend, Christopher Evans.

Throughout her relationship, Reynolds had kept one detail a secret from her parents — Evans’ age.

“She had dated him since she was 15. Chris was 22 I think at the time, quite a bit of age difference,” Loudermilk told producers.

After checking her cell phone, Henry and Chara learned not only of Evans’ real age, but also private details of their relationship.

“There were messages where they would share photos to each other, and that apparently they had learned that there were intimacies between Brooklyn and Chris,” Loudermilk said.

They forbade Reynolds from seeing Evans, and she obeyed her parents’ orders and ended the relationship in early April 2017, friends told authorities. Reynolds, however, continued to communicate with Evans behind her family’s back.

Speaking with investigators, Evans denied having anything to do with the murders and claimed that although he and Reynolds were no longer dating, they remained friends.

He added that he was also still close with the family and that the day before the murders, he went to the Bryants’ home and helped them unload after their vacation. He claimed that when he left early in the evening, all was well at the house.

At the end of the interview, detectives offered Evans a ride home, and when he was dropped off, Loudermilk noticed a gun under his bed. When questioned about it, Evans said he had never before handled or fired the gun.

Investigators then circled back with Reynolds’ siblings, who refuted Evans’ claim that he had a good relationship with Henry and Chara. Her brother, Austin Whitt, even said that Evans was not welcome or allowed in the house.

A neighbor also told investigators he had spotted Evans practicing shooting a gun, which looked similar to the one Loudermilk spotted under his bed, prior to the murders.

“He described the gun that I had seen to a T,” Loudermilk told producers.

On June 21, 2017, authorities returned to his house with a search warrant to obtain the firearm for testing. Evans ultimately admitted to shooting the gun during practice, and he claimed he lied because he didn’t want to get in trouble.

Investigators also confiscated his cell phone as evidence, and after learning that text messages between him and Reynolds sent prior to June 11 had been erased, it was sent for further testing.

The following week, Evans agreed to a second interview, and when confronted with the findings, he broke down and confessed to the murders. Evans said he killed Reynolds’ parents, who she claimed were “mean” and violent, in order to protect her.

He told investigators that on the night of the murder, he drove to the Bryants’ home, and Reynolds let him inside. He then entered the master bedroom, where he shot Chara first and then Henry. A struggle ensued, and Henry made his way to the bathroom before he was shot one more time.

Evans’ confession was consistent with everything that was found at the crime scene, including details that had not yet been released to the public.

In a final interview with investigators, Reynolds confessed to planning the murders of her mother and stepfather. Both were charged with two counts of murder, according to “Killer Couples.”

After receiving analysis on Evans’ cell phone, authorities read several text messages between Reynolds and Evans discussing the murder plot. At one point, Evans suggested that he could shoot Chara first, and then Reynolds could hit Henry with a bat so he couldn’t run away.

Forensic testing of the gun taken from Evans’ home also came back positive for Henry’s blood.