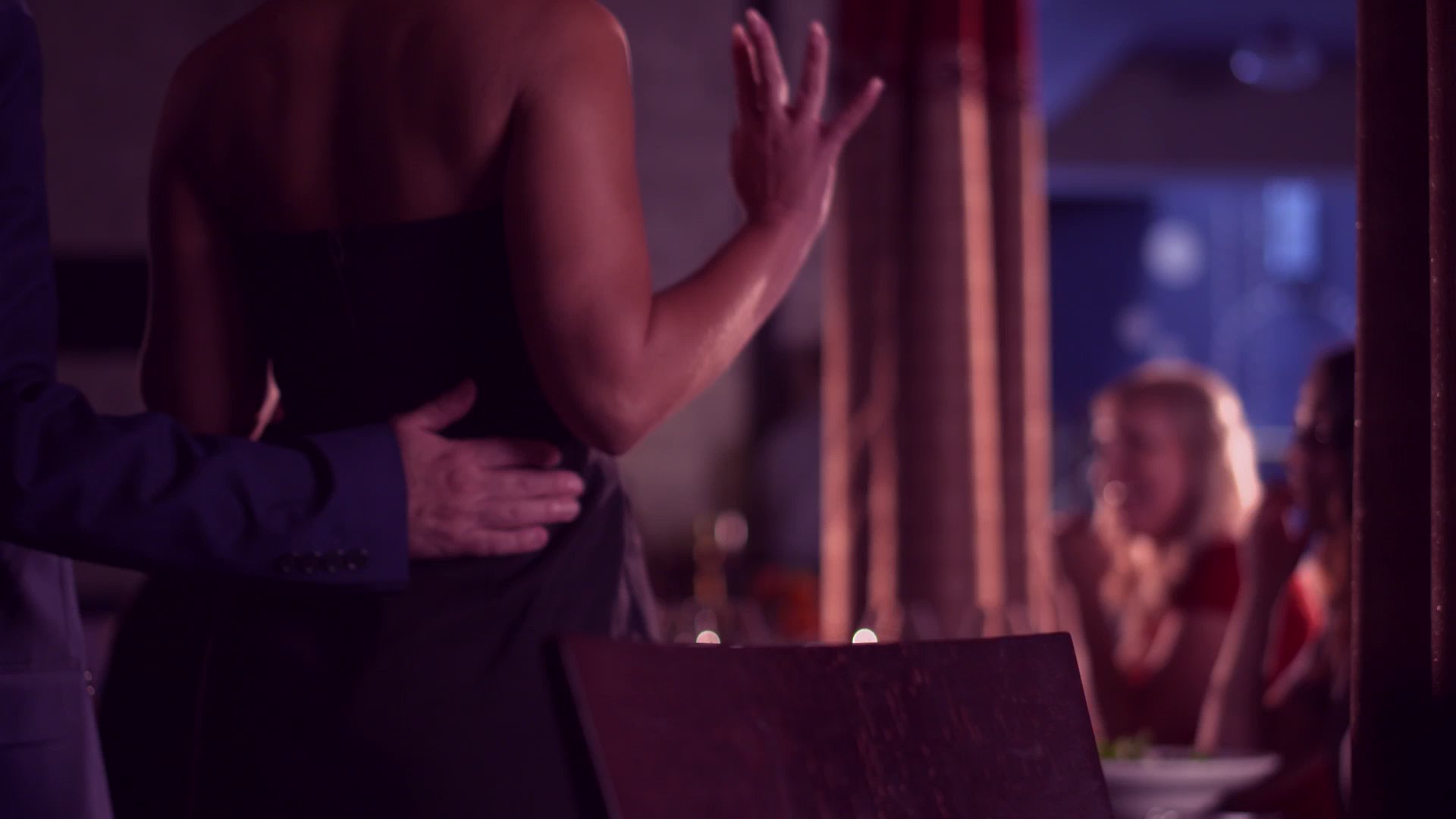 Cynthia George, 47, seemed to have everything she’d ever wanted in Akron, Ohio. She had seven loving children and was married to a millionaire. Plus, she’d been a “Mrs. Ohio” beauty contestant.

But when 44-year-old businessman Jeff Zack was shot to death by an unidentified man on a motorcycle, investigators began to unravel a web of lies behind George’s apparently perfect life. For the previous 10 years, George had been having an affair with Zack behind her husband’s back. And investigators suspected that she and a new lover, John Zaffino, might have had something to do with the murder.

Cynthia first met her multimillionaire husband, Ed George, while auditioning to be a dancer at Akron’s Tangier nightclub, according to “Killer Couples” on Oxygen.

“If you were from Akron and the surrounding area, you knew the Tangier,” true crime author M. William Phelps told producers. “It reminded me of one of those old, kind of Copacabana type of places.”

Ed owned the Tangier, and from the minute he laid eyes on Cynthia, he was smitten, journalist Phil Trexler told producers. Cynthia grew up the daughter of a poor coal miner and was flattered by Ed’s attention — and his wealth and status.

The two married and soon moved into a sprawling mansion, according to “Dateline.” Both practicing Catholics, they had a family of seven children.

But the Georges’ lives were not as storybook as they seemed.

Several years into her marriage, Cynthia attracted the attention of another wealthy businessman at the Tangier. Jeff Zack, a former Israeli paratrooper, struck up a conversation with her and became fast friends with the Georges, Phelps told producers.

Before long, Jeff and Cynthia developed a relationship that was more than friendship.

“I saw ‘em kissing, and sometimes in the evenings he would come over there and they’d disappear someplace,” Marianna Brewer, one of the Georges’ nannies, told NBC.

Zack frightened the George children, though they were never brave enough to speak up about it.

“I just didn’t like it when he was around,” one of the daughters told NBC. “I just felt a bad vibe from him.”

The children had good reason to be wary. Over the 10 years Cynthia was with Zack, their relationship became increasingly abusive, according to The Plain Dealer.

Cynthia ultimately broke things off in May 2001, after catching the eye of yet another man: John Zaffino. Zack became enraged when he found out she was seeing someone else, the Cleveland Scene reported.

Zack had secretly fathered Cynthia’s youngest daughter, and he started threatening to fly her to Israel and live out the rest of his life overseas with her, NBC reported.

When Zack pulled into a gas station on June 16, 2001, Zaffino was waiting there for him. Before Zack could even get out of his car, Zaffino walked up to him and shot him between the eyes, Phelps told producers. He then sped off on his motorcycle, leaving a crowd of shocked spectators behind.

It took investigators a year to track down Zaffino. He was found guilty of murder, then sentenced to life in prison without possibility of parole, according to the Associated Press.

Cynthia was also charged with complicity to commit murder, AP reported. Cellphone records showed she had spoken with Zaffino before and after Zack’s murder, and prosecutors argued that she had paid for Zaffino’s getaway motorcycle.

Cynthia was sentenced to life in prison with a chance at parole after 23 years, according to Cleveland.com. However, 16 months into her sentence, she successfully appealed her conviction.

A state appeals court ruled 2-1 that evidence used by prosecutors during the trial was not enough to prove Cynthia’s involvement beyond a reasonable doubt, and she was released.

When she returned home in March 2007, her husband was waiting at the door and gave her a big hug, according to Cleveland.com.

“You gotta get acclimated,” Ed told his wife, according to the outlet.

Cynthia cannot be retried on the murder charge.

For more on this story, tune into “Killer Couples,” airing Thursdays at 8/7c on Oxygen.