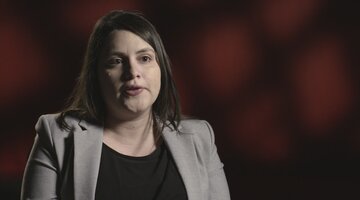 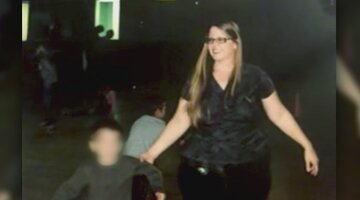 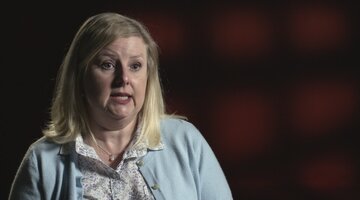 3:12
Exclusive
The Murder Of Debra Morgan

At around 4:30 p.m. on Monday, Nov. 7, 2016, 911 dispatchers received an alarming call from a resident in Broken Arrow, Oklahoma. The woman relayed that the son of her next-door neighbor had come home from school and found his mother dead.

“I just now entered the garage,” 12-year-old Aiden told the 911 operator, according to a recording obtained by “Killer Couples.” “My dogs were there. They were barking like something was wrong. And then I entered my mom’s bedroom.”

Positioned on the bed was the body of single mother Debra Morgan, 39, who had suffered a fatal shotgun wound to the head. When first responders arrived at the scene, they found no sign of a struggle, and it appeared that Morgan had been killed in her sleep.

There was also no evidence of forced entry, and there were no broken locks, shattered windows, or items missing from the house. Strangely enough, Aiden said he had lost his house key while spending the weekend at his father’s house, and that was why he had to go in through the garage.

Due to the excessive force used by the shooter, investigators believed the crime was personal in nature, and they canvassed the neighborhood to speak with any potential witnesses. They discovered that between 3 and 3:30 a.m., a neighbor heard a loud pop and later, the sound of someone walking through Morgan’s backyard.

Speaking with Morgan’s loved ones, authorities learned that she had been going through a lengthy custody battle with Aiden’s father, Rick Spaulding. The two had separated several years prior, and Morgan told friends and family that it was due to Spaulding’s abusive behavior.

“She was in a domestic violent relationship with Rick in the past. Physical abuse and mental abuse, emotional abuse,” Keri Wilks, Morgan’s friend and co-worker, told “Killer Couples,” airing Thursdays at 8/7c on Oxygen.

For the time being, Morgan had full custody of the couple’s son, but Spaulding had denied the claims of abuse and was fighting her in court. The longer the battle dragged out, the worse their relationship became, and Spaulding fell behind in child support.

At the time, he was approximately $10,000 behind in payments.

“The judge started to fine him a certain monetary amount per day for his failure to comply,” Assistant District Attorney Kenneth Elmore told producers.

About two weeks before her death, Morgan and Spaulding had an upcoming court hearing in which it would be decided if he would be ordered to pay the child support or be sent to jail.

Authorities found out the hearing had been set to take place on November 8, just one day after Morgan was murdered. Investigators arranged to meet Spaulding for a formal interview, and he claimed that he had little to do with Morgan outside of the courtroom. He said that for the past year, he was happily seeing another woman: his fiancée, Sonia Weidenfelder.

The two lived together at her home in Tulsa, and he said that on the day of the murder, he, Weidenfelder, and his son had driven Weidenfelder’s daughter to her father’s house in Arkansas. They returned home between 9 and 10 p.m., and he later went to visit his friend, Kathy Trevino, who he claimed had asked for his help with a computer issue.

Spaulding said he stayed for approximately 45 minutes before stopping by a nearby gas station and returning home, where he claimed he remained for the rest of the evening.

Authorities spoke with Weidenfelder a few hours later, and she revealed that most of her income was used to fund Spaulding’s custody battle with Morgan. She also said that Spaulding was stressed about his impending court date and that on the night of the murder, he seemed anxious.

While Weidenfelder confirmed that she and Spaulding had been together at home, she said she went to the convenience store sometime around 4 a.m. to pick up bread for lunch that day. Asked if she had located the key to Morgan’s house that Aiden had lost over the weekend, Weidenfelder confirmed that they had found it in the laundry, which meant the couple would have had access to Morgan’s home.

Investigators then interviewed Trevino, who confirmed Spaulding’s story, but she revealed that she did not have computer problems and that it was Spaulding who wanted to come over that night. Trevino said that Spaulding had conceded he was probably going to be sent to jail the next day and asked her to look after some of his personal items.

When he got home, Spaulding contacted Trevino once again to let her know that he made it back safely, which was unusual to Trevino because it was the first time Spaulding had ever done that.

“For us, it appears to be this is the timeline Rick was trying to give himself an alibi,” Elmore told producers.

Authorities subpoenaed Spaulding’s cell phone records, and during an initial review, they retrieved a deleted text message argument between him and Weidenfelder, and one message stood out to investigators.

Back in September, Weidenfelder also referenced a plan to fix “all of our problems,” but she could not “exactly say over text.”

After obtaining a warrant for Weidenfelder’s cell phone, they uncovered even more disturbing details. She had texted Spaulding with an idea to poison to Morgan, and she had more than a dozen Google searches for photos of gunshot wounds to the face, which were consistent with the injury found on Morgan’s face.

Arrest warrants were issued for the couple, and the day after they were taken into custody, authorities received another big break in the case. Down the street from Morgan’s house, a city worker discovered a shotgun in a storm drain.

Although authorities determined that the rounds in the shotgun were a match to what was found at the crime scene, they decided to keep the information quiet from the public.

Days later, Spaulding and his attorney reached out to investigators to give a statement. While he maintained his innocence, he shared his belief that Weidenfelder was the one who killed Morgan, and he offered to assist authorities with the investigation.

Spaulding offered up several theories on where she might have dumped the shotgun, including the storm drain, and he also described the gun in detail.

“Rick was trying speculate where that shotgun might be, and it’s like watching a toddler caught in a lie as they try to … guess their way to where it was,” Elmore told “Killer Couples.”

While there were no fingerprints, DNA, hair follicles, eyewitnesses, or electronic footprints tying Spaulding and Weidenfelder to the crime scene, they were brought to trial on circumstantial evidence.

On April 16, 2018, Weidenfelder’s trial began, and the defense maintained that Spaulding was the only one responsible for Morgan’s murder. The prosecution, however, unveiled new incriminating evidence discovered on her phone.

Listening to audio files, investigators heard an argument between the couple during which Spaulding again threatened to go to the police and reveal what happened.

“He starts talking about how he and his son are going through this problem because of her and what she did. Her response to that was, ‘I did this for you. I did this for both of you,’” Elmore said.

Prosecutors theorized that while Spaulding was most likely the mastermind behind the murder, Weidenfelder had been the executioner. She was found guilty of first-degree murder and sentenced to life in prison with the possibility of parole.

Spaulding’s trial began three months later, and he was also found guilty of first-degree murder. Like Weidenfelder, he was sentenced to life in prison with the possibility of parole.