Sign Up for Free to View
Who Murdered Allan Lanteigne? 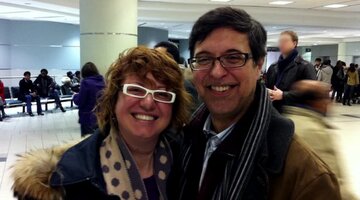 2:53
Preview
Who Was Allan Lanteigne? 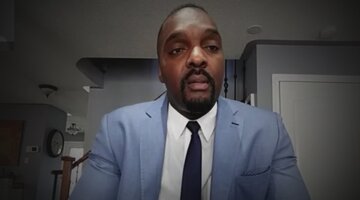 On March 3, 2011, Grazia Masi stopped by the home of her close friend Allan Lanteigne to check up on him. Masi had not heard from Lanteigne in several days and, worried he had gotten sick, she peered inside the windows of his Toronto house, looking for any signs of life.

While the home was dark, his car was still parked outside, and so she waited one more day until contacting The University of Toronto, where Lanteigne worked as an accounting clerk.

When they revealed he had not shown up for work or called in sick, Masi returned to his house and immediately called the police.

After first responders arrived, one officer kicked in the back door to find Lanteigne deceased on the floor near the entrance. He was lying face down in a large pool of blood, and there were obvious signs of injury to his head, indicating blunt-force trauma.

Nothing of value was taken from the home, and there was no evidence of forced entry or a struggle, according to “Killer Couples,” streaming now on Oxygen.com. The alarm panel inside the front door, however, had its plastic cover ripped off.

Contacting the alarm company, authorities learned that there were two key holders: Lanteigne and his husband, Demitry Papasotiriou-Lanteigne, who was studying abroad in Europe at the time.

As investigators tracked down Papasotiriou-Lanteigne, the autopsy results came back revealing that Lanteigne was the victim of a brutal assault and had been bludgeoned to death with an elongated instrument, such as a crowbar or baseball bat.

During the assault, Lanteigne managed to get offender DNA underneath his fingernails, and the clippings were sent off for further forensic testing, which revealed the presence of an unknown male DNA profile. At the same time, the alarm system records came in showing that on the day Lanteigne was killed, the alarm was deactivated at 5:19 p.m.

Lanteigne, however, had not left work until 5 p.m., and it took him approximately 35 minutes to get home, leading investigators to theorize the assailant had lied in wait before attacking him. When Lanteigne did enter the front door at 5:45 p.m., he reactivated the alarm by punching in the code, and then he was murdered.

Speaking with Masi, authorities discovered that Lanteigne was very cautious, and no one aside from himself and his husband knew the code.

As investigators dug in the couple’s marriage, loved ones divulged that the two had been experiencing problems. Papasotiriou-Lanteigne reportedly had issues with all his husband’s friends, and he wouldn’t allow them to come over to their house.

When Papasotiriou-Lanteigne eventually moved abroad for school, Lanteigne’s friends were relieved, but the distance seemed only to add to Lanteigne’s stress. In addition to covering all their living costs in Canada, Lanteigne also sent money abroad to fund his husband’s lifestyle, which, in the weeks leading up to the murder, began to wear on him.

Just days before he was killed, Lanteigne told Masi that he had refused to send Papasotiriou-Lanteigne any more money and had cut him off financially.

Once authorities were finally able to get in touch with Papasotiriou-Lanteigne, he revealed he had left his program in Switzerland and moved to Athens, Greece to stay with family. Asked why he had not returned to Canada following his husband’s death, Papasotiriou-Lanteigne said the two were living separate lives and that they were in an open relationship.

Almost a month after the murder, authorities were alerted of a suspicious inquiry that had been made into Lanteigne’s life insurance policy at the University of Toronto. A man, identifying himself as Michael Jones, claimed to be an employee of a law firm that was processing his death benefits.

While the request form had been notarized and signed by Papasotiriou-Lanteigne, the cause of death had been left blank. When asked to complete it, the man wrote, “Bludgeoning.”

“This raised some red flags for us because we hadn’t released the cause of death. So, the only people that would know that is the killer and the police,” Toronto Police Service Detective Leslie Dunkley told “Killer Couples.”

Before they could even investigate the incident, authorities received another tip. An inquiry had been made into Lanteigne’s retirement benefits at the company where he had previously worked. A man named Michael Ivezic said he was representing a law firm and asked if there were any death benefits held in Lanteigne’s name.

During his inquiries, the man claimed to be working on behalf of Papasotiriou-Lanteigne.

Detectives theorized that Ivezic and Jones were the same person, and they soon learned that Michael Ivezic was also the name of a local con artist who had several prior run-ins with police. When authorities showed university staff a photo lineup, employees identified Ivezic as the man who had inquired about Lanteigne's life insurance policy.

While Ivezic was put under surveillance, he later evaded authorities, fleeing the country and hopping on a flight to Athens.

Hoping to learn more about Ivezic’s possible involvement in the murder, investigators met with Ivezic’s wife, who shared that Ivezic was having a sexual relationship with Papasotiriou-Lanteigne. She claimed she kept a journal documenting his online history and physical movements, and that one day, she tracked him to Papasotiriou-Lanteigne's house.

Ivezic’s wife said he had visited Switzerland and Greece many times, but she claimed he was in the Toronto area at the time of Lanteigne's murder.

Due to spousal privilege, however, her testimony was not admissible in court, and authorities could not compel her as a witness. To find more evidence to support her claims, investigators obtained search warrants for Lanteigne and Papasotiriou-Lanteigne's phone and email records.

In one email, Lanteigne expressed he was uncomfortable and frustrated that a person by the name of Michael had a key to their house. In another correspondence, Ivezic told Papasotiriou-Lanteigne that he loved him and was willing to leave his wife and three children and move to Greece, where they were planning to a build a house.

Papasotiriou-Lanteigne's only source of income, however, was the money sent to him by his husband, which led authorities to question if the motive for murder was financial.

That is when they found out that in addition to the $50,000 life insurance policy, Papasotiriou-Lanteigne stood to gain $2 million from another life policy that named him as the sole beneficiary.

Still, investigators had yet to link either man to the DNA found at the crime scene, and as they were both abroad, they turned to Ivezic’s teenage son, whose DNA they recovered on a discarded chopstick.

Testing showed that the sample belonged to the biological son of the unknown male DNA found underneath Lanteigne’s fingernails, meaning Ivezic was the assailant.

Ivezic was then charged with first-degree murder and extradited to Canada. Due to the fact that Papasotiriou-Lanteigne was a Greek citizen — and Canada had no extradition agreement with Greece — authorities had to wait until he left the county to arrest him.

Nine months later — in a surprise move to investigators — he flew into Toronto.

The companies requested him to come back to Canada to complete a deposition hearing, and Papasotiriou-Lanteigne left Greece in hopes of obtaining his claim.

After giving his testimony, he was arrested by police.

Ivezic and Papasotiriou-Lanteigne faced trial together on Nov. 27, 2017, seven and a half years after Lanteigne’s murder. The court proceedings went on for nearly seven months, and that June, both men were found guilty of first-degree murder.

In Canada, the charge of first-degree murder carries a mandatory life sentence, and one cannot be entitled to a parole hearing until serving 25 years.

Just three months later, however, Papasotiriou-Lanteigne appealed the verdict on the basis that the case against him was purely circumstantial. While the appeal is pending, the Ontario Court of Appeals agreed to release him from prison on bail.

He is currently on house arrest, and his appeal is still being considered by the court. To learn more about the case, stream “Killer Couples" now on Oxygen.com.

Teen And Her Boyfriend Flee After Slicing Stepmother’s Throat