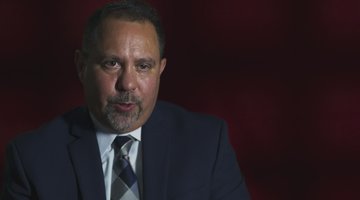 1:01
Preview
A Common Killer is Suspected in String of Pennsylvania Murders 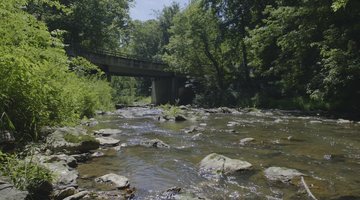 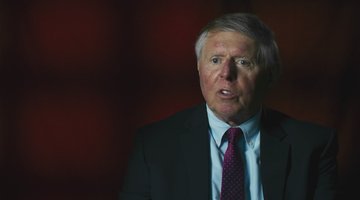 2:51
Exclusive
Why Did Mark Spotz and Christine Noland Go On Killing Spree?

In the Atlanta suburb of Fairburn, Georgia, 58-year-old grandmother Toni Abad was known by family and friends as a kind, caring woman who always helped people in need.

The discovery of Abad’s lifeless body in the trunk of her car on December 22, 2017 shocked her loved ones and the entire community, according to “Killer Couples,” airing Fridays at 8/7c on Oxygen.

Abad was still wearing her Publix grocery story name tag when she was found dead in her Ford Fusion. Officials made the gruesome discovery after responding to a report of a suspicious vehicle parked behind a Waffle House restaurant.

Abad had suffered at the end of her life, according to investigators. “There was a significant amount of blood inside the trunk of the car to possibly suggest that she still could have been alive inside of the trunk of that car before she was discovered,” Det. Kevin Leonpacher, of the Atlanta Police, told producers. The cause of death was determined as blunt force trauma.

Windows of Abad’s car had been smashed, so a lack of glass near the vehicle in the parking lot told authorities that the brutal beating had taken place elsewhere. Investigators searched for a motive for the homicide -- and for Abad’s missing cell phone.

Using cell phone tracking, police recovered her phone along an isolated side road about five miles away. Visible traces of blood and shards of glass strongly suggested that the location was the murder scene.

As investigators worked the case, one of Abad’s coworkers told them that a young woman had approached Abad and asked for a ride the night before she was found dead, and Abad obliged. Surveillance footage confirmed the coworker’s story and police tried to determine who the young woman was.

Thanks to a bag of clothing and personal items left near the scene, officials caught a break. Detectives identified the woman who hitched a ride with Abad as 18-year-old De’Asia Page. She had recently dropped out of high school and left her home.

Page had become seriously involved with Jared Kemp, 18, so much so that Page withdrew from everything and everyone else in her life. The relationship set off red flags for Page’s mother as well as the girl’s friends, according to “Killer Couples.”

When detectives put out a BOLO -- be on the lookout -- alert for Page, tips came in quickly. A gas station security guard told authorities that he’d encountered Page about a week earlier after she approached him. She said she was homeless and he allowed her to sleep and stay warm in his car while he worked. This went on for a few evenings. On the night of December 21, Page was distraught when she arrived at the gas station. She said that she’d just seen a woman get murdered down the street. The guard thought that Page was just seeking attention, and then he saw the news about Abad.

The timeline of Page’s story gave police reason to believe that she had information about Abad’s homicide. As they continued to search for her, there was an unexpected twist: Page, who was wearing the coat seen in the video, walked into the Fulton County Police station to talk to authorities.

Page told police that Abad agreed to give her a ride on December 21 and two men ambushed them as they went down an isolated road. She said they beat Abad to death. One man ran away, and the other forced her to help him lift Abad into the trunk and then dump the car. Officials didn’t believe the story.

As police in Fulton County grappled with getting Page to tell the truth, they received a call from authorities in a nearby county who said that Kemp had come in to talk with them. He’d seen the alerts about Page and said that he wasn’t involved with her and that she was crazy.

Confronted with what Kemp had said about her, Page changed her story, according to “Killer Couples.” She said that Kemp was behind the murder. She claimed he came up with the idea to steal a car so that Page would have a place to sleep.

“Jared told her, ‘You bring the car to me and I will take care of the rest,’” Leonpacher told producers.

Page told officials that she called Kemp once she was in Abad’s car and instructed her to drive to a remote area where her boyfriend was lurking and ambushed the car. A struggle ensued and Abad crawled out of the car and begged for her life.

Despite Abad’s desperate pleas, Kemp beat her repeatedly with a baseball bat. They tossed Abad’s phone in the woods and then threw her body into the trunk of the car. Page drove to the Waffle House, abandoned it, and left on foot.

On December 24, Page was charged for her part in the crime, a role which authorities believed she had downplayed.

While investigators couldn’t locate the bat used to kill Abad, they collected incriminating evidence against Kemp using his cell phone records and internet searches. Before Abad’s body was discovered, Kemp had searched for news about a woman found in the trunk of a car. On Christmas Eve, Kemp was arrested.

Page agreed to a plea deal in exchange for her testimony against Kemp, whose trial began October 2, 2019. Kemp was found guilty of murder, felony murder, armed robbery, hijacking a motor vehicle, and aggravated assault. He was sentenced to life in prison.

Page received a 30-year sentence. She will be eligible for parole in 2047.

To learn more about the case, watch “Killer Couples,” airing Fridays at 8/7c on Oxygen, or stream episodes here.