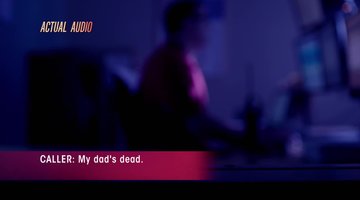 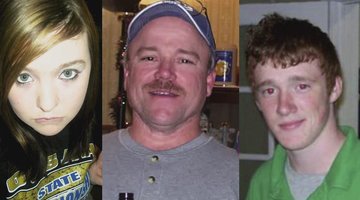 1:07
Preview
An Oklahoma Father is Found Murdered in His Home 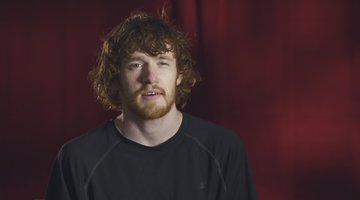 2:48
Exclusive
Lewis Fryer’s Son Recalls What His Dad Was Like

Parent-children relationships can be difficult -- but the murder of Lewis "Lewy" Fryer exposed a dark and twisted scheme orchestrated by his own teen daughter.

On the morning of May 13, 2010 in Guthrie, Oklahoma, a frantic 911 came in from a 15-year-old girl reporting she had found her father dead. "There's blood everywhere ... I've never seen a dead body before," Kaleigh Fryer frantically says in audio of the call obtained by "Killer Couples," airing Sundays at 8/7c on Oxygen.

When police arrived at the scene, they found Lewy Fryer dead in his bedroom. There were clear signs of a struggle, with blood on the walls, floor, and bed. He had been stabbed in the neck and back. There was no sign of forced entry, although his car was missing.

Kaleigh told investigators she had last seen her dad the night before when she went to sleep. He didn't wake her up in the morning like he normally did, so when she got up at around 7 a.m. she went to check on him and found the bloody scene.

When asked if her father had any enemies, Kaleigh responded, "Everybody likes my dad," as seen in footage obtained by "Killer Couples."

Investigators talked to Kaleigh's 18-year-old brother Keith, who had an alibi -- he had been with friends the night before. They also spoke to his ex-wife, Trisha. The two had split in 1997 because of her drug habit and Lewy had sole custody.

"My early childhood, I don't remember a lot of my mom because she would come in and out of our life because she did a lot of prison time," Keith Fryer told producers.

Trish denied having anything to do with the murder and it was clear custody of the kids wouldn't have been a motive: Lewy let her take the kids whenever she could.

Police then scoured the neighborhood and talked to those who knew the Fryer family. What they learned from two of Kaleigh's friends changed the course of the investigation.

They revealed Kaleigh was very rebellious and was known to drink, throw parties when her father wasn't home, and get into fights. She had been expelled multiple times.

"Kaleigh was not somebody you wanted to mess with. People knew if it came down to do it she wouldn't be afraid to throw hands or get in someone's face," friend Gina Porter told "Killer Couples."

Recently, Lewy had been trying to instill order and create more rules for Kaleigh, which she hated, according to the friends. Most shocking of all, though, was that Kaleigh had a 21-year-old boyfriend, Jay Chiles. In the state of Oklahoma, their age difference meant a sexual relationship between the two violated statuary rape laws. Chiles had no home, no job, and no money. Kaleigh regularly snuck him into the Fryer residence at night

She had been hiding him from her father, but shortly before he was killed, Lewy had learned about Chiles. He had confronted Chiles and told him not to see his daughter anymore.

"He wasn't happy about it because of the age difference and it wasn't something he would condone by any means," Keith told producers. "It was an illegal relationship."

The search was on for Chiles, who was eventually located in Oklahoma City. At first, Chiles told investigators he had nothing to do with the murder, but eventually he admitted he was at the Fryer home the night of the murder. Lewy had woken up, Chiles claimed, found the pair together, and tried to attack him with a golf club. Chiles grabbed a kitchen knife that he used in self-defense, he said.

However, authorities knew form the bloodstain evidence in the bedroom that Lewy had been killed in bed, and that the golf clubs in the house were tucked away in a closet untouched. They told Chiles his story didn't work.

Then, Chiles claimed he had gone to the home to rob Lewy, but when Lewy woke up, Chiles panicked and stabbed him. The story still didn't ring true for investigators. When pressed again, he revealed Kaleigh had convinced him to kill her father.

"Jay’s belief is that her father is mean to her and has too many rules and she wants him dead because she'd be allowed to live with her mom and be happy and be with Jay,"  Lesley March, former Logan County assistant district attorney, told producers.

According to Chiles, Kaleigh had asked him multiple times to kill her father, but he always refused -- until Kaleigh told him she was pregnant.

Ultimately, Kaleigh had told Chiles how to get into the home that morning, where to find the knife, and to steal the car and flee to Oklahoma City after committing the murder, where she would pick him up. She was in contact with him throughout the night and called him before calling 911 to check in. However, she never showed up at their meeting spot.

Phone records backed up his story -- Kayleigh had indeed called Chiles in the morning right before she called 911, and the phone showed her online and active in the early morning hours while her father lay dead in the other room.

About 16 hours after the murder, both Jay Chiles and Kayleigh Fryer were arrested and charged with first-degree murder.

Later on, Kaleigh's diary was discovered. She wrote in multiple entries about how much she hated her dad. It also eventually came out that Kaleigh had not actually been pregnant, which devastated Chiles.

In July 2010, Chiles took a deal and pleaded guilty to first-degree murder in exchange for a sentence of life with parole. He also agreed to testify against Kaleigh, who still maintained her innocence.

In May 2011, Kaleigh Fryer, now 16, was tried as an adult and found guilty of first-degree murder. She was also sentenced to life in prison with the possibility of parole.

"I think Kaleigh and Jay both had problems and they fed off each other," Porter told producers.

For more on this case and others like it, watch "Killer Couples," airing Sundays at 8/7c on Oxygen or stream episodes here.

Businessman Dismembered And Burned By Wife And Her Lover