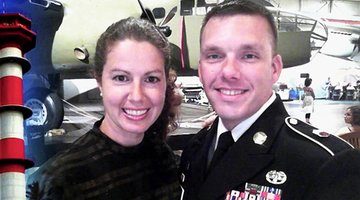 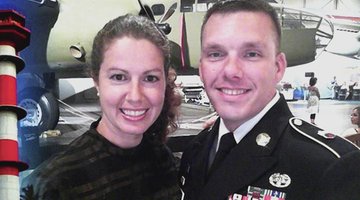 1:19
Preview
Who Were Catherine and Michael Walker? 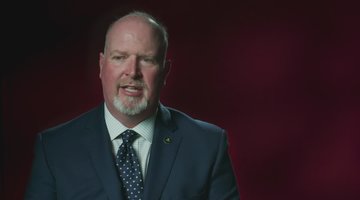 People say love makes you do crazy things. Typically, they mean buying expensive gifts, daydreaming about your partner, and just generally acting a little out of character. But some have claimed love made them do something that crosses a line: murder.

On Sunday, May 23 at 8/7c, "Killer Couples" returns to Oxygen for Season 15 with all new-stories of love stories that end in death. Then, every night that week until Friday, May 28, a new episode of "Killer Couples" will be airing at 8/7c. Oxygen's hit series takes a deep dive into romance gone wrong as couples conspire to kill, whether it be to get rid of a third point in a love triangle, for greed, or even simply just because they want to.

Here's what to expect during the new season of "Killer Couples":

Sunday, May 23 at 8/7c: Ailsa Jackson and Michael Walker
When the wife of an Army medic is discovered murdered in her Hawaii home, the investigation reveals a sordid tale of secrets, lies, and a twisted romance that captured headlines across the country

Monday, May 24 at 8/7c: Carmen Stonemark and James Deese
The disappearance of a well-respected businessman leads to an investigation that exposes a secret romance fueled by lust and greed.

Tuesday, May 25 at 8/7c: Barbara Raber and Eli Weaver
An Amish community is turned upside down when a young wife and mother is found murdered inside her home, leading police to look deeper within the community, and exposing a secret romance that triggered a deadly conspiracy.

Wednesday, May 26 at 8/7c: Kaleigh Fryer and Jay Chiles
When a beloved Oklahoma father is discovered murdered inside his home, the search for his killer uncovers a forbidden romance and a deadly double-cross.

Thursday, May 27 at 8/7c: Carolyn King and Bradley Martin
A young couple becomes the target of a nation-wide manhunt after police connect the deadly lovers to two grisly murders in different states.

Friday, May 28 at 8/7c: Mark Spotz and Christina Noland
A horrific killing spree leads Pennsylvania investigators on the hunt for two young lovers willing to do whatever it takes to evade the law.

Still not enough "Killer Couples" for you? Don't worry, the rest of Season 15 will air on Fridays at 8/7c on Oxygen. Plus, if you'd like to get caught up on all the murderous lovers you may have missed, Oxygen is airing every episode of "Killer Couples" ever starting Monday, May 17 at 8 a.m on Oxygen so viewers can prep for Season 15.

It's easier than ever to dive into Oxygen programming from anywhere, with full episodes available for streaming on your TV, smartphone or computer. Watch episodes with the Oxygen App, available on iOS and Android by simply entering your cable, digital or satellite TV subscription information — or take advantage of three free credits that Oxygen offers for watching without a login. Elsewhere, most shows are available on AppleTV, Amazon Fire TV, Roku and through Chromecast. Individual episodes can be purchased on iTunes, Amazon, Vudu, and Google Play as well.

Shows that are in-season can be streamed live with a Sling TV, Hulu Live TV, or YouTube TV subscription. And you can always watch full episodes right here at Oxygen.com by entering your cable subscription information. Pick the platform that works for you and start your streaming with Oxygen!

Calling All True Crime Fans
Oxygen Insider is your all-access pass to never-before-seen content, free digital evidence kits, and much more!
Sign Up for Free
All Posts About
What To Watch On Oxygen
Related
True Crime Buzz