Sign Up for Free to View
Regina Hartwell Was A Genuine, Giving Person, Friend Says 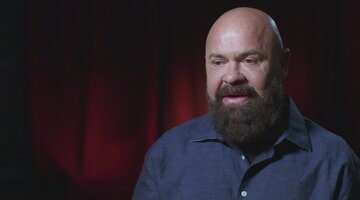 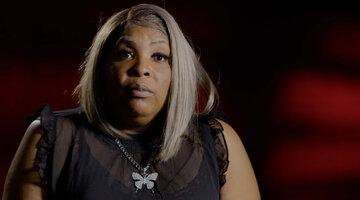 3:18
Preview
’It Was Shocking”: Georgia Green’s Daughter Horrified by the Attack

Jealous of the amount of time his girlfriend, Kim LeBlanc, was spending with her former lover Regina Hartwell 20-year-old Justin Thomas stabbed Hartwell to death in June 1995. He then convinced LeBlanc to help him dispose of the body.

A first-semester freshman at the University of Texas at Austin, LeBlanc was just 18 years old when she met Hartwell, as told on this week’s episode of “Killer Couples” on Oxygen. They met at a nightclub, and from the moment Hartwell saw LeBlanc, she was smitten.

“Regina was there, laid eyes on her, and that was it,” attorney Joe James Sawyer told “Killer Couples” producers. “It was just electrifying. Just blinded, dazzled, bewitched by her.”

Shortly after meeting LeBlanc, Hartwell began to lavish her with expensive gifts. She bought her a car and a scooter, District Attorney Gregg Cox told producers. She paid her rent. She set up a mutual fund in her name. She even took LeBlanc and her friends on a cruise to the Bahamas, according to writer Suzy Spencer, who wrote a book about this incident, “Wasted.”

Hartwell and LeBlanc began to have sex and do drugs together. But while Hartwell was heavily involved in her university’s LGBTQ+ community, LeBlanc was far less sure of her own sexuality. A few months into dating, LeBlanc told Hartwell she wasn’t a lesbian and broke up with her, according to Spencer.

Over the next few months, LeBlanc tried to set more distance between herself and her now-ex-girlfriend, though the two continued to spend time together. But, while LeBlanc no longer wanted to be physical with Hartwell, she still itched to be in some sort of a relationship.

“She started realizing, ‘I haven’t been with a man since my senior year in high school. I want a guy,’” Spencer told producers. “She was working at World Gym as a receptionist, and she said, ‘The next guy who walks around that corner, I’m gonna go out with.’”

Thomas and LeBlanc started going out. She would spend her days doing drugs with Hartwell and her nights having sex with Thomas, according to Spencer. Hartwell realized that to stay close to LeBlanc, she needed to spend time with Thomas — but while he sometimes helped get her drugs, the two frequently clashed. Neither was happy having to share their time with LeBlanc.

Finally, after a major fight with LeBlanc, Hartwell snapped.

“Regina blows up at Justin,” Spencer told producers. “Says, ‘I’ve had it. You’re bad for Kim. I’m getting you out of our lives, I’m turning you in to the cops.”

For Thomas, that crossed a line.

LeBlanc told police that Thomas flew into a rage, according to Cox. He drove to Hartwell’s house, climbed in through a window and confronted her. When Hartwell refused to apologize, he stabbed her in the neck so hard the knife cut into her lung, causing blood to flow in, according to Spencer. Hartwell drowned in her own blood.

LeBlanc was horrified when she found out what Thomas had done, according to Cox. Instead of going to the police, however, she helped him dispose of the body. They put it in Hartwell’s Jeep, drove out to a field and set the car on fire.

Both LeBlanc and Thomas were arrested. Because of her cooperation with the state and some legal technicalities involving her access to a lawyer, the charges against LeBlanc were dropped and she never went to trial, according to “Killer Couples.”

Thomas, however, was not so fortunate.

He was sentenced to life in prison, but he later also stood trial for a similar crime in 1992, where he shot to death his meth dealer Rafael Noriega because he was afraid he would turn him in to the police, according to "Wasted." He was sentenced to death in that case. He is also rumored to have been a hit man for the Mexican mafia, according to an article Spencer wrote for A&E.

LeBlanc, for her part, changed her name after the charges were dropped. Her whereabouts are unknown.

For more information on this story, tune in to “Killer Couples” Thursdays at 8/7c on Oxygen.

Wife Convicted Of Plotting Husband’s Murder To Be Executed