Sign Up for Free to View
What Happened To Teresa Lewis? 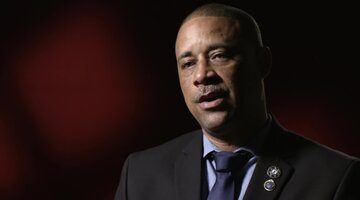 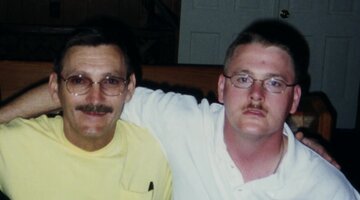 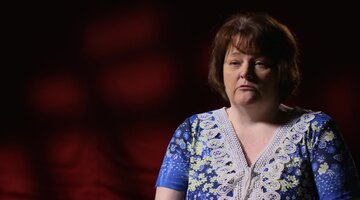 Just before 4 a.m. on Oct. 30, 2002, the local sheriff’s office in Danville, Virginia received a frantic call from a woman named Teresa Lewis, who relayed that her husband and stepson had been shot to death by an armed home intruder.

When authorities arrived at the scene, they found her stepson, C.J. Lewis, dead on the floor and her husband, Julian Lewis, clinging to life in the master bedroom. C.J., 25, was riddled with gunshot wounds and had been struck in the chest, abdomen, back, face, and neck, while Julian, 51, had sustained multiple shots to the abdomen.

Shortly after paramedics reached the home, however, he succumbed to his injuries.

Near Julian’s body, investigators discovered multiple shotgun shells, and outside the backdoor, there was a shoe impression that did not match any shoes from inside the home, according to Oxygen’s “Killer Couples.”

With a rash of recent burglaries in the area, authorities wondered if the father and son had been killed in a robbery gone bad, but that theory began to crumble as they dug deeper into Teresa’s account of the shooting.

Speaking with investigators, Teresa claimed she had been woken up by a noise and saw someone standing at the end of their bed, but she didn’t get a clear look of him. She said she then ran into the bathroom and barricaded herself inside as several gunshots went off.

Teresa’s demeanor while recounting the attack, however, was oddly calm, which sparked investigators’ suspicions, and once the autopsy reports came back from the medical examiner’s office, one detail stuck out to authorities — the approximate timing of C.J.’s death.

Teresa claimed she waited in the bathroom after the shootings until she was sure the coast was clear, but 45 minutes seemed like a long time to wait when her loved ones were injured and dying.

Investigators decided to look into Teresa’s activities in the days since the shootings, and two incidents raised some major red flags.

Hours after the murder took place, Teresa called Julian’s boss and told him her husband would not be coming into work because he was the victim of a homicide. She then asked when she could come in to pick up his paycheck, and the manager explained that due to legalities, he could not release the funds to her.

Another eyebrow-raising incident occurred between Teresa and a teller at a local bank where Julian had an account. Teresa had a $50,000 check that she tried to cash, but when the teller noticed the signature was not a match to Julian’s, the bank refused to cash it, which made Teresa cause a scene.

“By those actions, it just made the finger just point more and more at her,” Pittsylvania County Sheriff’s Office Captain Corey Webb told producers.

Investigators decided to bring in Teresa for another interview as well as a polygraph, and during questioning, she had difficulty remembering key details about the shootings. The polygraph readout also revealed she was being deceptive with her answers.

When investigators asked her to divulge what she knew about the murders, Teresa said she knew who the killer was, but that she couldn’t “think of his name right off the bat.”

“Matt is all I can tell you,” she said in interview footage obtained by “Killer Couples.”

It didn’t take long before Teresa identified the man as Matthew Shallenberger, a 21-year-old she had befriended several weeks earlier after meeting him in the check-out line at a local store.

She gave him her phone number, and a few days later, the chance encounter turned into a sexual relationship. Within a week, the causal fling had escalated into a passionate affair.

Teresa confided in Shallenberger that her marriage was falling apart, and she claimed that Julian was dominant and abusive. She told authorities that she knew Shallenberger was going to murder her husband, but she did nothing to stop it.

Investigators went on to question Shallenberger, who admitted to the relationship and the fact that he owned a shotgun. He claimed, however, that he had nothing to do with the murders.

Shallenberger then consented to a search of his room, and under his bed, authorities found a shotgun. Inside his closet, they found two pairs of yellow rubber gloves and another shotgun.

“It had several shot shells in it. These shot shells are the same as what I found the other day at Teresa Lewis’ house. At that point, we were not gonna leave without him, and he was taken into custody,” Pittsylvania County Sheriff’s Office Captain Todd Berrett told producers.

After Shallenberger refused to talk, investigators turned back to Teresa, who then admitted there had been a second shooter — Shallenberger’s friend, Rodney Fuller, whom he had recruited to help with the murders.

Fuller was taken into custody and fully cooperated with authorities, confessing that he assisted Shallenberger in the slayings and that it had been all Teresa’s idea. He said that Teresa set up the murder-for-hire so she could collect on both Julian and C.J.’s life insurance policies, of which she was the beneficiary.

Following Fuller’s statement, all three suspects were arrested for the double homicide. Teresa was charged for capital murder, and Shallenberger and Fuller were charged with conspiracy to commit murder.

The two men reached a plea deal in exchange for agreeing to cooperate with the prosecution against Teresa. Meanwhile, Teresa also ended up pleading guilty in hopes of avoiding the death penalty.

For the two charges of capital murder, however, she was sentenced to death.

In 2006, Shallenberger died by suicide behind bars. Four years later, Teresa was executed by lethal injection.