Sign Up for Free to View
Who Is Tracy Burleson? 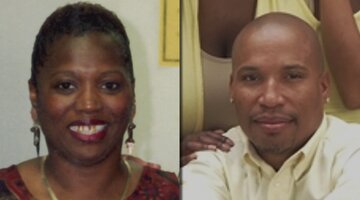 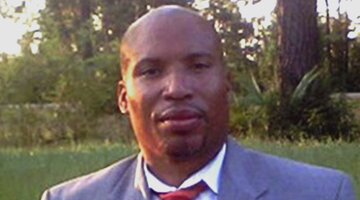 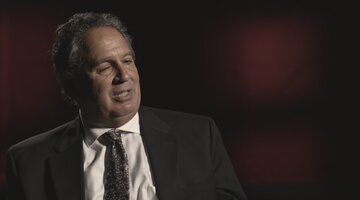 2:37
Exclusive
The Murder Of Paulette Burleson

Just after 10 p.m. on May 18, 2010, Texas pastor Tracy Burleson called 911 to report that his wife, Paulette Burleson, had been gunned down outside the couple’s Houston home.

When first responders arrived at the scene, they found 56-year-old Paulette dead in the driveway with blood pooling beneath her head. A .38 caliber shell casing was on the floor next to her body, according to “Killer Couples,” airing Thursdays at 8/7c on Oxygen.

Tracy claimed he had found his wife deceased after returning home from a nearby convenience store, and he did not get a look at the assailant who shot her. When asked if anyone had recently threatened him or Paulette, he revealed that prior to being named the head pastor at First New Mount Calvary Baptist Church, there was conflict in his church over who should lead the congregation.

Authorities also learned that 10 days before the murder, one of the church buildings had been burned down under mysterious circumstances, and Tracy believed the fire had been set intentionally by a disgruntled parishioner.

When investigators took a closer look into the congregation, they discovered that several followers had become upset with Tracy after he pushed them to donate more money to the church, and there were also rumors of infidelity.

Tracy had been involved with a woman from the choir, and one day, he had taken her into his office and “made out with her,” friend Pamela Robinson told producers.

And that was not the only problem between the Burlesons. A few years before the murder, Tracy’s son from a previous relationship, William Fuller, had filed abuse allegations against his stepmother. While the accusations landed her in court, Paulette ended up avoiding jail time.

“She struck a deal to go to some classes and be on probation and clean up her act,” Brian Rogers, a former reporter at The Houston Chronicle, told “Killer Couples.”

Now 20, Fuller, who suffered from sickle cell anemia, lived with a caretaker in a home just around the corner from his father and stepmother’s house. Wondering if Fuller could have been motivated to kill Paulette after she evaded a prison sentence, investigators stopped by his house for an interview, but he wasn’t home.

His caretaker, nurse practitioner Tyonne Palmer, however, answered the door and told authorities that she was aware of the abuse allegations, but she insisted that Fuller would never hurt his stepmother. She also claimed she was with Fuller the night of the shooting and that a friend had later called him with news of Paulette’s murder.

At that point, investigators hit a brick wall, and it was not until a few days later that they got their first big break in the case. An anonymous caller told authorities that Fuller had confessed to the murder of Paulette, and she agreed to cooperate with the investigation.

Authorities then set up a wiretap as the informant called Fuller and prompted him to repeat his confession, which he did in detail, admitting that he shot his stepmother in the back of the head.

A warrant was obtained for Fuller’s arrest, and he was brought to the station for an interrogation. Through tears, he admitted to the murder and said that Tracy and Palmer had convinced him to kill his stepmother.

He went on to explain that Tracy and his caretaker had become romantically involved after he introduced Palmer to his father at the church. Tracy quickly became infatuated with Palmer, and he had his son pass her a love note, which was the catalyst to the start of their relationship.

The two fell so much in love that Tracy proposed, even though he was already married. That, according to Fuller, is when his father and Palmer decided it was easier for Paulette to die instead of going through a divorce.

Fuller claimed that Tracy knew his congregation would undoubtedly disapprove of him remarrying so soon after leaving his wife, and he promised to pay Fuller $3,000 to commit the murder once Paulette’s life insurance paid out.

The night of the slaying, Fuller said he took a gun obtained by Palmer and walked over to his father and stepmother’s house.

“The plan was that Tracy was going to engage in an argument with Paulette, and that he wanted William to shoot Paulette from behind so that she wouldn’t see who did the murder,” former Harris County Sheriff’s detective sergeant Ron Hunter told “Killer Couples.”

Following the shooting, Fuller ran from the crime scene and called Palmer to pick him up. They then went to her cousin’s house where he got cleaned up, and they threw the murder weapon over a bridge. Fuller took authorities to where he dumped the firearm, which they were able to recover from the water’s edge.

Through ballistics testing, investigators were able to determine that it was the same weapon that killed Paulette. Once authorities picked up Tracy and Palmer, he admitted to the affair but denied having any knowledge of the murder.

Palmer, on the other hand, said she only learned about the murder plot after Paulette was killed. While she confessed to picking up Fuller, she said she had no idea what he had done.

Cell phone records, however, showed that Tracy and Fuller were at the Burlesons’ house when Paulette was killed. Authorities also determined that the convenience store Tracy alleged to have visited was not even open at the time.

All three were charged with capital murder, and Fuller agreed to plead guilty and testify against his father and Palmer in exchange for a 20-year sentence.

In September 2011, Tracy went on trial, and prosecutors painted him as the murder mastermind who manipulated his son into killing Paulette so he could marry Palmer and cash in on her life insurance policy.

Fuller was called to the stand, and while he was testifying against his father, he revealed one final shocking detail about the crime — Fuller had sexual relations with Palmer after he killed Paulette.

"William expressed that he was in love with her and was willing to do whatever it took. I think Tyonne took it upon herself to have sex with William as a peacekeeping just because of the whole situation of him having killed Paulette. And it’s to keep him drawn in, keep him close, and to keep him quiet,” Hunter told producers.

Tracy was found guilty on all counts and received a sentence of life in prison without the possibility of parole. Five days later, Palmer’s trial began, and Fuller testified once again. She was found guilty and sentenced to seven years in prison and 10 years of probation.

To learn more about the case, watch “Killer Couples” on Oxygen.com.