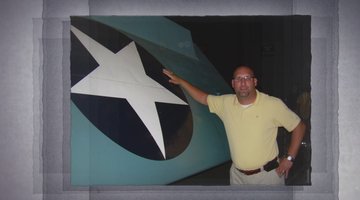 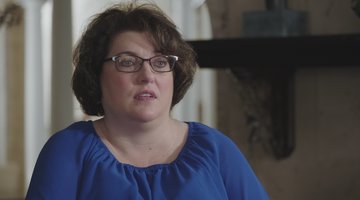 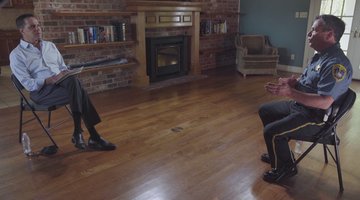 1:41
Exclusive
Police Zeroed In On Robyn Davis As Suspect Right Away

Born in New Orleans and raised in Independence, Louisiana, Brian Davis was an avid fisherman and outdoorsman who also enjoyed competitive shooting, singing karaoke, and playing golf. He lived a seemingly normal life — but on July 1, 2009, Davis, a 39-year-old insurance company sales manager, was found dead at the end of a desolate road south of Lake Charles, Louisiana, where he’d been living.

Brian had been shot four times. His body was discovered in a field near his blue Honda Accord. The car was up on a jack and lug nuts were removed from a tire, while a spare was on the ground nearby. It looked like Brian may have been changing a tire before being executed.

Two days before the discovery of Brian's body by an off-road ATV rider, he had been on a local boat-shopping outing with his wife, Robyn Davis. The two had wed in 2008 after meeting at work. It was the third marriage for Brian, who had a history of infidelity, and her second.

After looking at boats with his wife, Brian reportedly continued on to Beaumont, Texas, about a 90-minute drive from Lake Charles, to shop there. He didn’t return home that night, which some attributed to violent bad weather that had come up unexpectedly.

Robyn filed a missing persons report after Brian was gone for 24 hours. His body was found a day after that. His shoes were off and his belt was loosened, investigators observed.

It appeared that “either he was having some kind of encounter with somebody or they were looking for something on him,” Tony Mancuso, Calcasieu Parish Sheriff, told “Killer Motive” host Troy Roberts.

The firearm Brian was known to carry was not at the scene, nor was his GPS or his laptop. However, the fact that he was still wearing a valuable ring suggested that this wasn’t a robbery gone deadly. And because of the inclement weather, any forensic evidence that might have been recovered from lug nuts or the jack had been washed away.

Investigators racked their brains to figure out why Brian was so brutally murdered. Could it be linked to Brian's serial cheating?

The subject of the victim’s extramarital affairs came up during investigators’ interview with Robyn, who officials recalled appearing “stone faced” and shedding “no tears” as people offered her consolation.

Robyn had an alibi, though: She said that on the day her husband went missing she was running errands with her best friend, Carol “Sissy” Saltzman, who lived with the couple. Robyn then dropped the name of Fannie Dietz, one of Brian’s coworkers with whom he was having an affair.

Dietz was brought in for questioning. She was considered a person of interest for a time, as was Dietz’s husband, who knew about her relationship with Brian, and Robyn’s son, Justin, who didn’t get on well with Brian. Eventually, all of them were cleared after investigators dug into their phone records.

Detectives pursued other leads, including the Davis' finances — and investigators found plenty of red ink and red flags, according to “Killer Motive.”

Brian had a video poker habit that had become such an issue that he had become atypically behind in child-support payments and the mortgage. Robyn, meanwhile, had her own gambling addiction. In fact, instead of attending a post-funeral memorial for her late husband, “she was playing video poker,” said Rick Bryant, Calcasieu Parish District Attorney.

Finances, not infidelity, could be the motive at the core of the crime, investigators theorized. They narrowed the scope of their investigation to focus on the person whose bottom line would most benefit with Brian no longer in the picture.

That individual was Robyn, who owned life insurance policies on Brian worth $700,000. That set off alarm bells, which clanged even louder when detectives dug deeper and found that Robyn collected an insurance payout after her first husband died in a car accident.

As a possible motive for the homicide became clearer, investigators learned more about the complex relationship between Robyn and her live-in best friend Saltzman. Both women were terminated from an insurance company after Saltzman was caught stealing money and Robyn failed to speak up about her knowledge of the crime. Getting fired didn’t sever the women’s bond.

That included the interrogation room. Each woman was interviewed on July 13. During separate interrogations, the women were caught in lies about their whereabouts on the day of Brian's murder. However, neither woman seized an opportunity to throw the other under the bus.

“They were joined at the hip,” said an investigator.

After creating a detailed timeline of Robyn and Saltzman’s movements on the day Brian was killed, including times of events and vehicles all three were driving, investigators had a clear reckoning of the brutal shooting.

They theorized that Saltzman staged the flat tire and Brian was called to go to the scene to help. As he knelt to fix the flat, he was shot once and ran for his life but was shot three more times and died. Detectives believe each woman fired the murder weapon, linking them in culpability.

Five months after Davis was killed, his wife and her best friend were indicted. Prosecutors knew it would be a tough case because the evidence was circumstantial: There was no weapon, no DNA, no witnesses.

The trial began in April 2012. In plain view during the proceedings, the prosecutor displayed the fully inflated tire that Brian drove out to change at the scene that had been staged. On August 26, 2012, a jury convicted then 50-year-old Robyn and Saltzman, who was 45 at the time, of second-degree murder. They were sentenced to life in prison without the possibility of parole.

Both women maintained their innocence at the sentencing. Robyn insisted she would continue to fight for her freedom while Saltzman claimed she would know no peace until the real killer was found, reported NBC affiliate KPLC at the time. Most recently, in 2019, the two were denied a new trial, according to the station.

To learn more about the case and others like it, watch “Killer Motive,” airing Saturdays at 6/5c on Oxygen, or stream episodes any time at Oxygen.com.