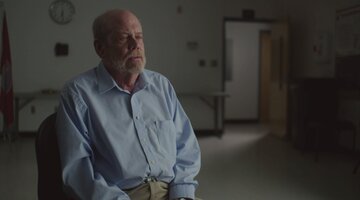 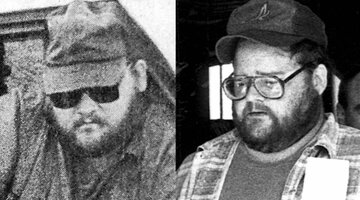 2:29
Preview
The Brothers Were Popular Drug Dealers, Until People Around Them Started Disappearing 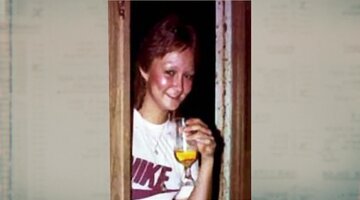 2:00
Preview
Gwen Dugger Went To A Bondurant Party And That's The Last Time She Was Seen

A clear motive was hard to come by for any of the vicious murders committed by Tennessee twins Pete and Pat Bondurant.

At roughly 300 pounds each, the twins made an imposing pair. According to people who knew them, they dealt every kind of drugs one could imagine. They were known as generous, hard-partying guys — until people started disappearing around them.

The twins shared a short fuse, often erupting in violence with little provocation, according to “Killer Siblings” on Oxygen.

The fraternal twins were born to good parents, both military contractors, in April 1955, local journalist Kelly Kazek told “Killer Siblings.” They both weighed more than 250 pounds by the time they were in seventh grade and took pride in their eccentricity, classmates recalled. They got used to fighting.

Pete committed the twins’ first known act of serious violence. In 1975, he was living with two other men and two women in Cincinnati, during a directionless phase of his life. The two women went out to get cigarettes one night, and when they returned, Pete answered the door with a bloody knife in his hand.

“You’re next,” he said, according to “Killer Siblings.”

The women thought Pete was joking until they pushed past him and saw one of the roommates lying on the couch bleeding profusely, and the other on the living room floor. The first man had been stabbed more than 40 times, mostly with a screwdriver, and he later died of his injuries.

Neither the women, nor police, ever got a reason from Pete for the eruption of violence.

Pete was convicted and sentenced to 25 years, but he was granted parole after five, in part because he was an out-of-state inmate and the prison was overcrowded, according to “Killer Siblings.”

The brothers were reunited near their hometown of Elkton, where they began dealing drugs out of a farmhouse. Their size and unpredictable natures made them a force to be reckoned with. Pat used to sit down with a pound of raw hamburger and shovel it into his mouth by the handful, just for shock value, according to former Johnson County Narcotics Investigator Jim Storey.

The twins also attracted a following that just liked to get high — Kazek said that the Bondurants’ farmhouse reminded her somewhat of the Manson commune on Spahn Ranch in Los Angeles.

And soon, the Bondurant farmhouse would be plagued by violence almost as grisly as the Manson family’s.

Gwen Dugger, 24, spent one night in May 1986 at the brothers’ place. After watching the twins work on her brother’s car for a while, decided to stay behind and hang out with the brothers, according to “Killer Siblings.” She told her brother she would be all right, and Pat said he would take her home later. She was never seen again after that night.

The community immediately suspected the Bondurants. But with no body, there was no murder, the brothers would boast in public.

That October, Ronnie Gaines, of Pulaski, would also go missing. He worked at the same rubber plant as Pat and was well liked. People called him “Hippie.” A few days prior, during a night of cards and partying at the Bondurant place, Pat accused Gaines of stealing his wallet. Soon, Gaines would be nowhere to be found, and his house would be burned to ashes.

Again, authorities had strong suspicions, but no remains or evidence. The state fire marshal immediately suspected arson, though, and Pat was hauled in for questioning. He brought his attorney with him, which raised authorities’ antennae, and he insisted he had an alibi, according to “Killer Siblings.”

His alibi was girlfriend Terry Lynn Clark. Investigators set up a Nov. 18, 1986 interview with Clark. Two days before the interview, however, she was found dead in the Bondurant home. The brothers themselves called the police, reporting that she had died, either in her sleep or of an overdose, while in bed with Pete. Pat told investigators that he and Clark had traveled out of town on the night Ronnie disappeared, but of course, Clark wasn’t around to corroborate or deny his story anymore.

Police would later learn that a witness observed Pete shooting Clark up repeatedly with the powerful barbiturate secobarbital while she sat half-conscious on a beanbag chair, the day before police found her dead.

Clark’s would be the last death linked to the Bondurant brothers.

It took three years and a new investigator for any movement on the three murders. In late 1989, Detective Michael Chapman inherited the Dugger case and came across a potential witness: Pat’s estranged wife, Denise Bondurant. As luck would have it, she was dating a law enforcement officer.

In exchange for immunity, Denise began to talk, and the grisly things she had seen the Bondurants do shocked even the seasoned investigators.

“Brutality is not something that’s strange to me, but these two were beasts,” Storey told producers.

The last night Gwen Dugger was seen, in 1986, was her last night on earth. She was fed pills all night by Pat, Pete and two other men, Denise told investigators, according to “Killer Siblings.” Denise later walked into a bedroom where she saw Pat having sex with a semi-conscious Dugger. Denise told investigators that she lost it, slapping the drugged woman and screaming at her husband. Then, Pat grabbed an axe handle and brought it down twice with all his might on Dugger’s head, according to Denise.

The first blow merely made Dugger’s knees buckle, but on the second she went down. Then, according to Denise, Pete walked in with a .22 pistol and put two bullets in her head.

The Bondurants burned her body over the course of three nights in their backyard, until nothing but ashes remained.

Ronnie Gaines ended up paying for Pat even believing he stole his wallet, Denise told investigators. After the night in question, Pat went to his friend’s home to play cards, eat pizza and drink beer. Pat once again accused him of stealing the wallet and, when Gaines denied it again, Pat grabbed a small wooden rocking chair and bashed Gaines’ head in until the chair was in splinters, according to “Killer Siblings.”

Then, Pete called up his brother, and the two cut Gaines’ body into small pieces in the man’s bathtub. The Bondurants buried the pieces across their family’s farmland, then set Gaines’ house ablaze.

Investigators used Denise’s tip to search the farmhouse and family land for forensic evidence. They eventually turned up enough to bring both brothers in and charge them with three murders.

Both brothers were convicted of killing Gwen Dugger, while Gaines’ death was pinned on Pat, who is serving life in prison.

“Killer Siblings” producers contacted Pete, but he declined to be interviewed.

For more on the shocking crimes of the Bondurant brothers, tune in to “Killer Siblings,” airing Sundays at 7/6c on Oxygen.

Calling All True Crime Fans
Oxygen Insider is your all-access pass to never-before-seen content, free digital evidence kits, and much more!
Sign Up for Free
All Posts About
Murders A-Z
Related
Blog

Trio Of Brothers Raped And Murdered Their Way Across Richmond, Escaped Prison