Sign Up for Free to View
Who Was Elizabeth Wettlaufer? 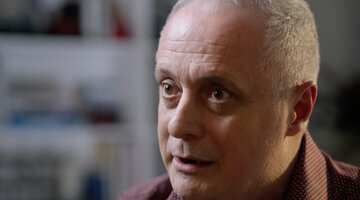 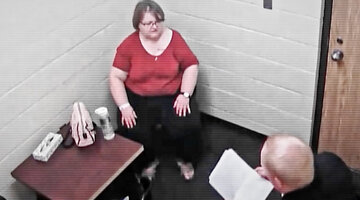 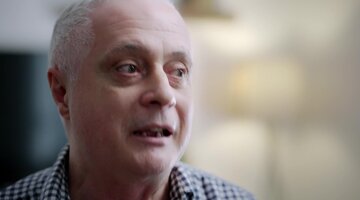 On September 16, 2016, Elizabeth Wettlaufer checked herself into the Centre for Addiction and Mental Health (CAMH) in Toronto.

Wettlaufer, a 49-year-old Canadian nurse, gave a chaotic account of several elderly patients who died in her care that left the psychiatric team confused and alarmed.

Did Wettlaufer play an active role in their deaths? The disturbing answer eventually led to the reveal of one of Canada’s most chilling crimes, according to “Living with a Serial Killer,” airing Saturdays at 9/8 on Oxygen. The case also led to an inquiry into healthcare issues described as “systematic failures in long-term care,” reported the Associated Press in 2019.

In a written account, Wettlaufer said that in September 2007 she “got the urge to overdose” 84-year-old James Silcox, who, she claimed, had been “inappropriate.”

She wrote a similar entry about taking the life of 84-year-old Maurice Granat. Wettlaufer also detailed the final moments of other seniors who were under her care between 2007 and 2014.

“There is a sense of righteousness … almost this kind of God complex,” Prof. Elizabeth Yardley, a criminologist, told "Living With A Serial Killer."

CAMH staffers were unsure if Wettlaufer’s account was real or just rantings, but reported them to authorities. Rob Hagerman, now a retired detective inspector with the Ontario Provincial Police, was assigned the case.

Hagerman learned more about Wettlaufer, who was born in 1967 in Woodstock, Ontario. Her family belonged to a very strict fundamentalist Baptist group, according to former friend Glen Hart. He recalled Wettlaufer as being a girl who was the constant target of bullies. As an adult, she struggled with mental health and personal issues, including her sexuality.

Hagerman and his team focused on Wettlaufer’s former workplace Caressant Care, a residential facility where she was employed from 2007 to 2014, to discover if she really had killed patients there. Further investigation showed that she also worked at another care home in London, Ontario in 2014. She claimed to have killed her last victim there.

Wettlaufer was responsible for dispensing medications to the elderly patients. That gave her access to potentially dangerous drugs.

On October 5, 2016, police brought Wettlaufer in for questioning. Despite her unassuming appearance, she revealed that she was capable of deliberately overdosing vulnerable seniors, according to “Living with a Serial Killer.”

Wettlaufer injected her victims with fatal doses of insulin. Her victims were elderly and vulnerable, ranging in age from 75 to 96. Their loved ones believed that they died from natural causes.

Asked about an elderly resident who died under her watch, Wettlaufer said, “I got that feeling inside that it was his time to go.”

By the end of the two-and-a half hour interview, she’d confessed to killing eight people. In addition to Silcox and Granat, the victims included Gladys Millard, 87; Helen Matheson, 95; Mary Zurawinski, 96; Helen Young, 90; and Maureen Pickering, 79, and Arpad Horvath, 75.

Wettlaufer tried to kill four more people and assaulted two others, CBS News reported in 2017, and in 2018, a 15th victim, one who survived a smothering attempt, came to light.

Although the dates of the deaths coincided with when Wettlaufer was working at facilities, police still didn’t have enough to bring charges. They needed more than the confession of a woman who’d committed herself to a mental institution. A look through Wettlaufer’s computer revealed that she’d conducted searches of the victims, but even that wasn’t enough to make an arrest. She was released under the supervision of her parents.

According to Hart, the family relationship was complicated. “She would make steps to come out and Daddy and Mommy would say, ‘No but you can’t be a lesbian,’” said Hart. In her late teens her parents sent her away for gay conversion therapy.

In 1997, she married Daniel Wettlaufer, a long-haul truck driver. They had no children and divorced 11 years later.

After her marriage ended, “Wettlaufer had a same-sex relationship which was on again off again,” said Kevin Talsma, Staff Sergeant, Woodstock Police. “She also had a dependency on alcohol.”

She was also stealing drugs from her workplace, according to “Living with a Serial Killer.”

If her failed relationships and drug dependency fostered feelings of being out of control, Yardley suggested that seizing the power to end someone else’s life was about being in command.

“I think this is one of the occasions in her life where she does feel completely in control of everybody around her and she quite enjoys that feeling of power,” Yardley told producers.

During interrogations Wettlaufer also credited a sort of divine influence that she described as a “red surge.” According to Yardley, the red surge and the notion that God was telling her what to do enabled her to shirk responsibility for her acts.

In 2016, Wettlaufer told Hart that “somebody had died because of something that I did at work,” He reached out to the police.

“I had to do what I had to do,” he told producers. Hart didn’t know that CAMH had already done so.

Wettlaufer was arrested on October 24, 2016. She was charged with eight counts of murder. When word of the arrest went public, there was a media frenzy.

On June 1, 2017 Wettlaufer pleaded guilty to eight counts of murder. On June 27, she received eight life sentences. The judge referred to her as “a shadow of death.”

To learn more about the case, watch “Living with a Serial Killer,” airing Saturdays at 9/8c on Oxygen or stream episodes here.