Sign Up for Free to View
Charmed to Death Premieres Sunday, July 18th 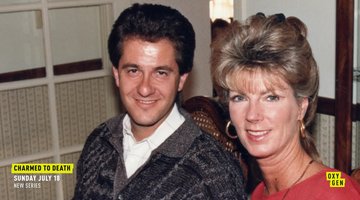 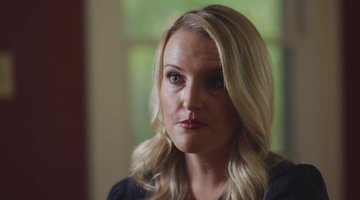 1:43
Exclusive
How Tausha Fields Used Charm to Get Ahead

This article was updated in July 2021 to reflect upcoming Oxygen programming.

It’s a tale as old as time. You think your loved one is an angel — but they're really they're hiding a sinister dark side underneath that charismatic smile.

At least, that's the premise behind Oxygen’s new series "Charmed To Death," premiering Sunday, July 18 at 7/6c on Oxygen, which will follow the true stories of manipulative and deceptively dangerous criminals who use their charm to cheat, steal and lure unsuspecting victims into romantic relationships, ultimately leaving a wake of devastation and death.

Of course, living with someone who is leading a double life doesn't necessarily mean living with a murderer. It could involve living with people who are concealing other kinds of secret lives. Take John Meehan for example, the inspiration behind Bravo’s 2018 show “Dirty John.” Debra Newell met Meehan on a dating site. While he claimed to be a handsome anesthesiologist who owned multiple homes, he was actually a dangerous conman with a history of stalking, harassing, and terrorizing women.

And then, of course, there are your run-of-the-mill cheaters who are feigning being faithful but dating others in their own secret life. Oxygen.com spoke to relationship expert Rachel DeAlto, who offered some tips on spotting red flags that your loved one is living a double life.

DeAlto explained that if you start to feel like something is off or wrong, then it’s typically an indicator that something really may be off. It’s certainly worth exploring. Gut feelings are often rooted in reality.

If your loved one is hiding things they didn’t before, that could be a red flag. Maybe they've changed their password on their phone, or maybe they've become more secretive about their phone in general — for example, it was plugged in by their bed before and now it’s kept closer to them and out of your reach.

While the pandemic makes traveling a bit challenging, taking a lot of trips could be a bad sign. In general, lots of time away from the household is a potential red flag.

A loss of interest in sex and intimacy could be an indicator they are living a double life — perhaps they're getting that intimacy elsewhere.

Perhaps your loved one used to share a joint account with you but is no longer ... or maybe you never have had access to their funds. Another bad sign is discovering money kept hidden away, or major money spent without your knowledge.

If you decide to bring up your concerns in a non-confrontational way and they react with defensiveness, that’s a red flag. DeAlto explained that typically, guilty people react by blowing up or by gaslighting to make you feel like you’re crazy for having any suspicions.

If your loved one is not forthcoming with their past or if there are gaping holes in their life that remain a mystery to you, they could be hiding something sinister or embarrassing.

For more on people who were deceived in the worst possible ways by their partners, watch "Charmed To Death," premiering Sunday, July 18 at 7/6c on Oxygen.