Sign Up for Free to View
Who Was Anthony Allen Shore? 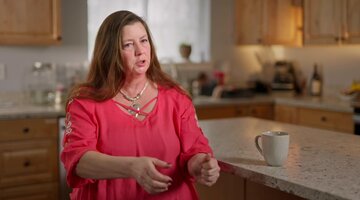 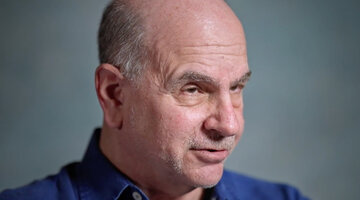 1:29
Preview
A Woman Found Strangled to Death at a Dairy Queen

On April 16, 1992, a delivery man pulled into a Houston Dairy Queen where he was shocked to find the semi-naked body of a dead woman.

Homicide detectives dispatched to the scene later identified the victim, who had visible ligature wounds around her neck, as 21-year-old Maria del Carmen Estrada.

“She had been strangled with a tourniquet,” Dwayne D. Shirley, a retired detective from the Houston Police Dept. told “Living with a Serial Killer,” airing Saturdays at 9/8c on Oxygen.

There were also indications that Estrada, who worked as a nanny, had been sexually assaulted.

DNA evidence was in its infancy in the early ’90s, but investigators made sure to preserve blood and tissue evidence under Estrada’s nails that got there while she was defending herself. Detectives unsuccessfully tried to match evidence found on Estrada with profiles in their DNA database. When nothing came up, they had no leads or suspects.

About five miles from the crime scene at around the same time, Anthony Shore, a 30-year-old divorced dad who worked for a telephone company and as a musician, was raising his two young daughters, Amber and Tiffany.

His sister, Gina Shore, recalled that as a child, her brother was artistically talented, confident, charismatic, “but very arrogant.” As a teenager, he was “grabby and kissy” with girls. By the time he was 21, he was married. But he was still trolling bus stops for girls, Gina told producers.

Anthony was also very controlling. He had an "unrealistic expectation” of how the home had to be cleaned and what his daughters ate, according to Tiffany.

“I just went along with the way things were because I assumed that that was normal,” said Tiffany, adding that she and her sister suffered in silence as he used violence as a means of control. “He was just very physically abusive.”

To compensate, Anthony also lavished them with gifts such as TV sets and game systems, behavior former prosecutor Beth Karas described to "Living With A Serial Killer" as “classic grooming.”

Gina  became so concerned during a visit she reported her brother to Child Protective Services, which determined that her nieces were safe under their father’s care.

In 1993, Anthony moved his 17-year-old girlfriend into his home. A year later, the body of 9-year-old Diana Rebollar, who’d gone missing after walking to a grocery store near her home, was found strangled in an abandoned building. The killer had used a tourniquet.

Investigators noted the similarity between Rebollar’s murder and Estrada’s. Despite their efforts, detectives couldn’t connect the dots between the murders.

Less than a mile from where Rebollar’s body was found, life in the Shore home had taken sinister turns.

“When I was 10 my dad definitely started sexually assaulting me,” said Tiffany, claiming that her sister was also being abused.

Tiffany sunk into a deep depression, she told producers, and tried to kill herself. Her father’s “only reaction was to be angry and judgmental,” she said. The sexual abuse continued.

In July 1995, the decomposed body of 16-year-old Dana Sanchez, who’d disappeared after leaving home to see her boyfriend, was found in the outskirts of the city. She had been strangled — and Sanchez’s killer had used a tourniquet.

The discovery was made after an anonymous tip came into local news station KPRC. The caller gave directions to where Sanchez had been dumped, plus the message that a serial killer was on the loose.

The striking similarities in the murders of Estrada, Rebollar, and Sanchez led to the formation of a dedicated task force. But leads still didn’t materialize and the case stalled.

In December 1995, Gina Shore visited her brother and nieces and was shocked by what she found. Windows were nailed shut. The once-spotless home was filthy. The girls were locked in the home with no way out.

Gina was reluctant “to start a fight” but she was concerned enough to make another report to Child Protective Services, which again sided with her brother.

In the summer of 1997, 16 months after Gina reported that her brother was endangering his daughters, the girls were sent to stay with their grandmother in California. This was done so that “he could  marry his girlfriend and have a honeymoon,” said Tiffany.

The same summer, Tiffany told her aunt about her father’s sexual abuse. In October, Anthony was charged with child molestation. He was put on probation for eight years, according to “Living with a Serial Killer.”

And, in a move that changed everything, he was required to give a DNA sample to police. Anthony stalled “as long as he could” to submit the sample, according to retired homicide detective Fil Waters.

By the fall of 1998, his DNA was in the database, and his daughters were living with their grandmother.

Five years later, Harris County in Houston had a dedicated cold case squad. In October 2003, the force took another crack at the murders that had become attributed to the “Tourniquet Killer.”

They submitted the DNA collected from Estrada’s body into the database and it matched Anthony’s profile. He was arrested on October 23. A search of his home turned up notebooks filled with pictures of young Hispanic women and girls.

After hours of interrogation, Anthony eventually admitted he killed Estrada, Rebollar, and Sanchez. He also confessed to killing 15-year-old Laurie Trembley in 1986 and admitted that he was the one to call KPRC news to tip them off.

It was difficult for Tiffany to grapple with the news about her father.

“That person was not the person I knew as a child,” she said. “That person was long gone and when I asked him why his response was: ‘Because I could.' ... The person sitting there on the other side of the glass was not my brother. All I saw was a demon.”

The family testified in court about Anthony's violent past, reported nbcnews.com in 2017. In 2004, Anthony was convicted of Estrada’s murder and sentenced to death. On January 18, 2018, Anthony Shore, 55, died by lethal injection.

To find out more about the case, watch “Living with a Serial Killer,” airing Saturdays at 9/8c on Oxygen or stream episodes here.

Calling All True Crime Fans
Oxygen Insider is your all-access pass to never-before-seen content, free digital evidence kits, and much more!
Sign Up for Free
All Posts About
Serial Killers
Related
News

What To Know About 'Living With A Serial Killer' Season 2