Sign Up for Free to View
Who Was Stephen Griffiths? 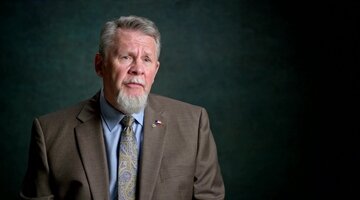 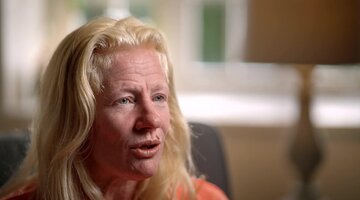 2:54
Preview
Who Was Stephen Griffiths? 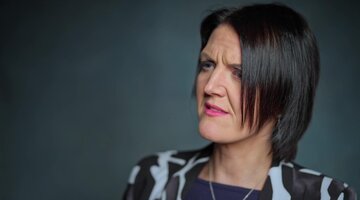 The city of Bradford in northern England is known for its history as an industrial hub and, more recently, where Peter Sutcliffe, a serial killer who murdered 13 women between 1975 and 1980, was active.

When Susan Rushworth, 43, went missing in June 2009, shiver-inducing memories of Sutcliffe, aka the “Yorkshire Ripper,” were triggered. Rushworth's loving family appealed to the public for help to find her, but Rushworth never turned up.

Police considered the area’s infamous past and asked themselves, “Have we got something again developing along a similar line?” according to “Living with a Serial Killer,” airing Saturdays at 9/8c on Oxygen.

Although she didn’t know it in 2009, another Bradford resident, Kathy Hancock, shared a connection to the missing woman. That was because of her relationship with Stephen Griffiths.

Meeting Griffiths in 2001 “was like an earthquake,” said Hancock, who’d worked in the prison system and found him very intelligent.

Hancock told producers that Griffiths’ outward show of empathy masked a darker agenda. He honed in on people’s vulnerabilities, and he also was obsessed with serial killers, especially Sutcliffe, who died in 2020.

She recalled that he laughed about spiking her tea with a “deadly drug,” an incident she claimed landed her in the hospital. While she was there he went to her home and took her beloved dogs and never revealed what he did with them, Hancock said.

The events left her “broken” and under his control, she told producers.

Armitage was last seen in the city’s red light district. Officers went there to urge sex workers to use caution as well as their eyes and ears to report any leads to them.

Meanwhile, Griffiths’ tight grip of control on Hancock, along with mental and physical abuse over several years, intensified, she said. The situation left her doubting her own judgment.

But after a beating, she went to the police.

“I had him arrested,” she said. “I had the opportunity to leave but I found out I was pregnant.”

Hancock was distraught, figuring that a child would forever tie her to Griffiths. He celebrated the idea of fatherhood, but she ultimately lost the baby.

“He built a coffin for the pregnancy test,” said Hancock, who mustered her courage and finally left the apartment. “I made the conscious decision to keep in contact and not annoy him because then I knew exactly where he was."

Griffiths responded with aggressive phone messages and Hancock finally cut off the communication. His grip of control went slack, but he continued to leave harassing and sometimes deranged phone messages. One such message arrived hours before Armitage vanished.

On May 23, 2010, Suzanne Blamires, 36, went missing. The next day, the superintendent of a building in that neighborhood called to report seeing an attack. The crime was caught on a security camera.

Armitage is seen in the footage being chased by a man with a crossbow. The man, identified as Griffiths, looked directly into the security camera and gave an obscene gesture.

“This was a man who clearly wanted to be known,” said Jerry Lawton, chief crime correspondent for the Daily Star.

Griffiths was arrested on May 24. His apartment and garden was searched for evidence but no trace of Blamires was found. Without her body, police booked Griffiths’ on suspicion of assault, but authorities actually upgraded the charge to suspicion of Blamires’ murder.

Griffiths proceeded to freely confess to killing Rushworth, Armitage, and Blamires. When asked why he committed the murders, Griffiths, in a taped interview, said, “Well, I’m misanthropic. I don’t have much time for the human race.”

He didn’t reveal what he did with his victims’ bodies, which allowed him control of his victims even after their deaths, according to Prof. Elizabeth Yardley, a criminologist, who said, "This is something that does make him feel powerful."

For Hancock, the revelation that Griffiths killed three people came as both a shock and confirmation that he, she said, “was that bad.” She recalled how he had studied serial killers, including the Yorkshire Ripper.

On May 25, after a man reported seeing a suspicious black bag in the River Aire, police retrieved it. Inside it was a severed head with a crossbow bolt embedded in it, CBS News reported. Police divers eventually recovered 159 pieces of human tissue from the river.

Additional surveillance footage from a train emerged linking Griffiths with the bag and body parts in the river.

DNA and fingerprint evidence from the collected body parts confirmed the victims were Armitage and Blamires. Specks of blood found during an intensified search of Griffiths’ home were matched to Rushworth. He was charged with the three murders.

On May 28, 2010, Griffiths had to identify himself in court. He stood up, Colin Prime, former detective superintendent, West Yorkshire Police, told producers, and then he said, “I am the crossbow cannibal.”

Relatives of the victims present shrieked, according to Lawton. Why would he admit to chopping up and eating parts of his victims?

To shock people and for fame, said Yardley: “For that he needed a really powerful, impactful nickname … Griffiths wants to be seen as the biggest and the baddest.”

In December 2010, Griffiths’ pretrial hearing began. He subsequently pleaded guilty to the three murders and was sentenced to life without parole.

For Kathy Hancock the fact that she was living with a serial killer is one she’ll never escape.

“He wanted to be infamous,” she told producers. “He knew exactly what he was doing, exactly what buttons to press.”

To learn more about the case and what factors might have driven Griffiths to murder, watch “Living with a Serial Killer,” airing Saturdays at 9/8c on Oxygen or stream episodes here.