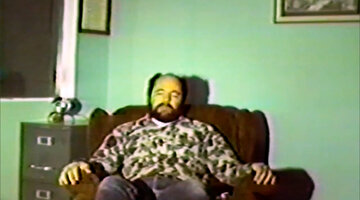 1:39
Preview
Leonard Lake Details His Plans for a “Stark and Empty” Facility 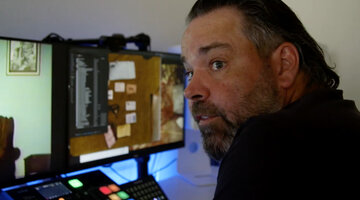 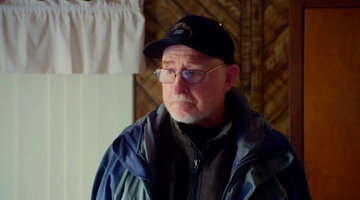 In the mid-1980s, Leonard Lake and Charles Ng turned a remote property in northern California into their killing compound.

They are believed to have tortured and slain at least 11 and people — men, women, and children — while living out their mutual sexual fantasy of enslaving young women.

“Manifesto of a Serial Killer,” airing January 1 at 7/6c on Oxygen, explores these shocking murders, how the killers were caught, and and the questions that still remain in the case.

Before the show’s premiere, here’s what you need to know about Lake and Ng:

Who Is Leonard Lake?

Lake documented the atrocities the pair committed in a 250-page diary as well as by making videotapes, according to an article from the Associated Press in 1991.

Skeletal remains, shallow graves, charred bones, and blood-stained tools were found on the property they used, reported the Associated Press in another 1991 article.

“When I discovered it was the largest and most gruesome serial murder case in California’s history, I was surprised by how few people had actually heard of this story,” filmmaker Todd Howe told “Manifesto of a Serial Killer.”

Born in 1945 in San Francisco, Lake developed an early obsession with pornography, abusive sex, and killing small animals. After his medical discharge from the Marines linked to mental issues in 1971, Lake settled into a hippie lifestyle on a California commune.

Who Is Charles Ng?

Born in 1960 in Hong Kong to an affluent family, Ng’s youth was marked by physical abuse, according to The Associated Press. His disciplinary problems at various schools soon led to scrapes with the law, and he was arrested at age 15 for shoplifting.

In 1978, Ng came to the U.S. as a student. He only lasted a semester at Notre Dame before he dropped out, faked birth documents, and joined the Marines. After his dishonorable discharge for weapons theft, Ng met Lake and joined up with him at a cabin in Wilseyville, California, according to The Los Angeles Times.

RELATED: ‘You’re Gonna Want To Put A Needle In My Arm’: How An Elderly Serial Killer Confessed His Way To The Death Penalty

Lake, who was a "doomsday prepper,” had built a bunker there. Ultimately, though, he put it to different use with Ng as a terror chamber, with two rooms set up like prison cells behind a hidden doorway, according to the New York Post.

What Were Lake And Ng's Crimes?

Your First Look at Manifesto of a Serial Killer

Lake and Ng targeted, tortured, and killed various people. They would kill men and infants immediately, while the women were used for sex in a twisted plan called Operation Miranda before they were slaughtered, according to the Oxygen special.

Lake and Ng recorded each other as they tortured and killed female victims. These video records came back to haunt Ng at his trial, as he initially tried to cast the blame entirely on Leonard. Jurors were shown a tape of a woman begging with the men for mercy as Ng used a knife to cut off her shirt and bra, the Associated Press reported in July 2022.

It is unknown how many people were killed, but it is believed to possibly be as many as 25, according to the outlet.

“There’s been wild estimates and there’s been conservative estimates, and honestly I don’t think anybody will ever know, due to how they were disposing of the bodies,” a police official said in the July 2022 AP report.

The pair were ultimately apprehended after Ng was caught shoplifting in June 1985, reported the CBC.

To find out more about the case, watch “Manifesto of a Serial Killer,” airing January 1 at 7/6c on Oxygen.

Manifesto of a Serial Killer