Sign Up for Free to View
The Manson Family Tree: The Women 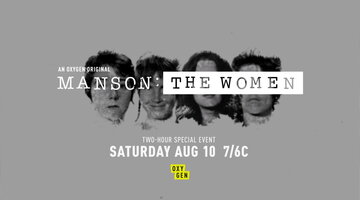 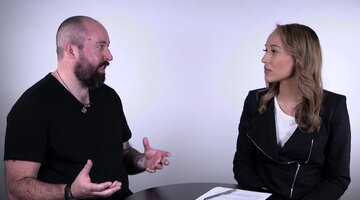 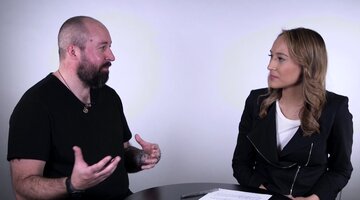 Following the Manson Family’s 1969 campaign of murder — including, most infamously, the brutal slaying of pregnant actress Sharon Tate — one of the trials of the century began in summer 1970, with a circus-like atmosphere.

In Oxygen’s new documentary special “Manson: The Women,” former members of Charles Manson’s Family recall in their own words the thrall that Manson held them in, and the chaos surrounding the trial, at which Manson and three followers faced a judge and jury for the Tate massacre and the killing of grocer Leno LaBianca and his wife, Rosemary.

On the first day of the sentencing phase of his trial, Manson appeared in the courtroom with a bloody X carved into his forehead, veteran Associated Press reporter Linda Deutsch recalled in a 2017 article. Manson submitted a statement to the court explaining that the carving symbolized that he had been “Xed out of society.”

Four young women members of the Charles Manson "family" kneel on the sidewalk outside the Los Angeles at Hall of Justice, March 29, 1971. Photo: Wally Fong/AP

In 1975, Fromme recorded an interview with a psychiatrist, and was asked about the X, according to the Chicago Tribune.

“Well, it has different levels,” Fromme told the psychiatrist, according to the Tribune. “On one level it is a cross that’s a following cross. On another level it is an X, and the X is, we are marked out of the system, as it stands. We don’t go along with it.”

Speaking with producers of “Manson: The Women,” Fromme emphasized that the X was about the Family separating themselves from society.

“People were saying, ‘No way am I part of some ... machine that’s doing this — that’s destroying the water and air, that’s going to war with who, for what?’” she said.

The other Manson women would appear in the courtroom throughout the trial, causing disruptions and, apparently, not making it easy for witnesses.

Dianne Lake, who joined the cult at age 14, and went by the name “Snake” within the Family, would testify against Manson and her other Family members. She described the proceedings as a “traumatic” experience when speaking with producers of “Manson: The Women.”

“They’d call out, you know, different things. You know, ‘traitor,’” Lake said. “It was hard … I just felt like I needed to tell the truth. You know … those were horrendous crimes.”

Lake added that, even with Manson in custody, when she walked into the courtroom she feared that he would still have control over her: “I was still afraid of his power … I was afraid that when I got back in his presence, that he’d get into my head,” she said.

Some of the Manson women were “repeatedly” ejected from the courtroom during the first phase of the trial because of their disruptive conduct, according to the New York Times.

Sandra Good told producers that, at one point, she stood up and said, “This court is a mockery of justice.” This led other Manson women to stand up and say something, too. Some of the women were thrown in jail for contempt and banned from the proceedings after their release.

After their final ejection from the courtroom, the Manson women set up a vigil on a nearby street corner.

“We Xed ourselves out of the system and knelt on the street corner,” Good said on the documentary special. “I think we were on that street corner for almost — I don’t know if it was a year or nine months.”

Members of the Family felt that Manson had had been silenced when the first judge in the case ruled that he would not be allowed to serve as his own attorney. They used their vigil outside the courthouse, and the media attention surrounding the trial, to try and make Manson’s case for him.

“We were all more than willing to explain and we tried every chance, when a microphone was put in front of us …” Good told producers.

Catherine Share – who was known as “Gypsy” in the Family – noted that she had to be careful with what she’d tell news outlets because, “Everything was about Charlie on the corner.”

“They liked to talk to us and ask us questions, and if I started talking to them, then [Squeaky] would just like look at me like, ‘Shut up,’ because it’d have to be the exact message that Charlie wanted out there,” Share said about her time outside the courthouse.

The Family members not on trial or subpoenaed as witnesses were instantly recognizable, not only because of their widely-publicized disruptions during the trial, but also their ubiquitous presence outside and carved foreheads.

Before the Manson women were largely barred from the courtroom, they showed up in saffron robes and threatened to immolate themselves if Manson was found guilty, and after their exile outside, they became a “tourist attraction,” Deutsch recalled.

Good, as well as former Family members Kitty Lutesinger and Nancy Pitman, would shave their heads during the second phase of the trial, remaining on the sidewalk while jurors deliberated on penalties for Manson and the Family members involved in the murders.

Former Family member Leslie Van Houten, who took part in the LaBianca murders, said that she hoped that the X on her forehead would disappear as she aged, or “look like part of my aging,” in a 1999 ABC interview.

The scar remained however. Manson would later turn his X into a swastika, by carving “little prongs” onto it, investigative journalist Jeff Guinn told CNN in 2015.

Share had plastic surgery to remove the X from her forehead. The Xs on Fromme and Good’s foreheads are still visible.

All of the Manson Family members involved in the killings — Susan Atkins, Leslie Van Houten, Charles “Tex” Watson and Patricia Krenwinkel — were sentenced to life in prison once the state of California ruled the death penalty unconstitutional in 1972.  Though Charles Manson did not have a hand in the actual murders at the Tate house,or of the LaBiancas, he was also convicted of murder and conspiracy to commit murder.

Manson died in 2017 from complications arising from colon cancer.

Calling All True Crime Fans
Oxygen Insider is your all-access pass to never-before-seen content, free digital evidence kits, and much more!
Sign Up for Free
All Posts About
Cults
Charles Manson
Related