Sign Up for Free to View
What Was Bobby Joe Long's 'Mark'? 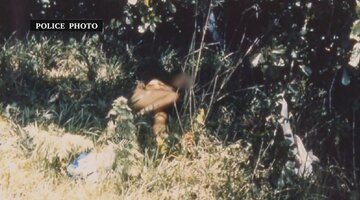 1:07
Preview
Another Body Discovered Near Tampa 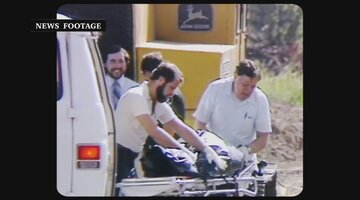 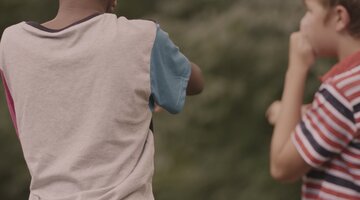 Bobby Joe Long was one of Florida's most prolific serial killers and rapists throughout the early 1980s.

His offenses, which are explored in Oxygen's "Mark of a Killer," were so heinous that his 2019 death warrant was one of the first duties carried out by newly elected Florida Gov. Ron DeSantis.

Born on Oct. 14, 1953, Long lived in West Virginia with his parents Joe and Louella prior to their divorce in 1955. He then bounced between West Virginia and Florida, where his mother had relocated.

Long later wed his high school girlfriend, Cindy Brown, and the couple had two children. They divorced in 1980, and Brown recalled that over the course of their relationship, Long grew increasingly more violent.

In one instance, Brown claimed that Long approached her, choked her, and hit her head into the television set until she fell unconscious, reported the Associated Press.

“When I came to, I was on the couch. Of course, he was there, crying. ‘I’ll never do it again. I’m so sorry.’ Then the next words were, ‘When you drive yourself to get your stitches, if you tell them what really happened, I’ll kill you when you get home,'” Brown said.

Starting in 1981, Long answered a slew of classified ads in local papers for home and appliance sales posted by women. He was prowling for victims.

He would make an appointment to check out an item, and if he found the woman home alone, he would attack and rape her, according to the Times Union. He targeted the Fort Lauderdale, Ocala, Miami, and Dade County areas.

One victim, Linda Nuttal, placed an ad to sell some furniture, and when Long responded to the posting, he raped her while her young children where inside the home, CNN reported.

By 1984, Long had moved to Tampa, Florida. There, he drove his red Dodge Magnum up and down Nebraska Avenue as sex workers frequented the bars and clubs, and his crimes quickly escalated to murder, reported the Tampa Bay Times.

Long's killing spree followed a pattern. Of the 10 victims confirmed or believed to have been murdered by Long, all were petite young women between the ages of 18 and 28, according to the Tampa Bay Times. Long tended to target sex workers, and his victims were last seen while walking alone late at night or after leaving a club, bar, or work, reported The Washington Post.

The first body police found was that of 19-year-old Ngeun Thi "Peggy" Long, who was discovered in a field in southeast Tampa on May 13, 1984. She was nude and had been strangled with a rope around her neck.

"Right at the scene we realized we had a problem," said Hillsborough County Sheriff's Office Capt. Gary Terry, according to The Washington Post.

Found next to her remains were red fibers, which became a key piece of evidence in subsequent murder investigations.

As the bodies piled up, authorities discovered that most of the victims had been posed in grotesque positions after being strangled, bludgeoned, or stabbed. The same red fibers were found at many of the scenes.

In the fall of 1984, one of Long’s survivors — Lisa McVey Noland — was able to lead police straight to the serial killer.

Then 17, Noland was kidnapped by Long as she rode her bike home late at night from her job at a local Krispy Kreme on Nov. 3, 1984, reported The Washington Post. Noland was bound with ropes, blindfolded, and raped over the course of 26 hours before Long released her.

A victim of past abuse, Noland was poised and, despite the blindfold, recalled minute details of the ordeal for law enforcement, even doing her best to leave behind evidence in case she didn’t survive.

"Another 17-year-old girl probably wouldn't have been able to handle it the way that I have," she told the Naples Daily News in 2019. "I truly believe that all the abuse I'd been through in my life helped me get out of that situation."

Noland was menstruating at the time of her abduction, and she left blood in the backseat of the car, according to the Naples Daily News. While inside Long’s bathroom, she put her fingerprints everywhere.

After Long set her free, Nolan contacted police and recounted that her attacker drove a red Dodge Magnum with a red carpet, which caught investigators’ attention. They later examined her clothing and found it contained the same red fibers as many of the murder victims.

Investigators put up surveillance in the area where Noland believed she had been attacked, and they soon spotted the red Dodge Magnum.

Long was arrested on Nov. 16, 1984, and he ultimately confessed to 10 murder and dozens of rapes from the “Classified Ad” attacks. He offered no motive for the slayings.

Upon his confession, Long entered a guilty plea for eight of the 10 murders. He earned life sentences for each murder, but he was sentenced to death for the slaying of Michelle Simms, a former beauty contestant from California who was found naked, bound with rope with her throat slit, according to the Tampa Bay Times.

He was also sentenced to death for the murder of Virginia Johnson, but the conviction was later overturned because an appeals court ruled the jury had been improperly influenced by mention of the other cases, reported the Tampa Bay Times.

"I'm not proud of anything I've done. And the worst thing is I don't understand why," he said in a later interview, according to the Florida Times Union.

After 34 years on death row, Long was executed by lethal injection on May 23, 2019 at Florida State Prison. The 65-year-old was pronounced dead at 6:55 p.m., the Associated Press reported. Witnesses said that he had no final words, and he closed his eyes as the procedure began.

Noland, who went on to become a deputy within the Hillsborough County Sheriff's Office, attended his execution, Oxygen.com reported.

'Son Of Sal' Went From Hopeful Mogul To Serial Killer — Why?