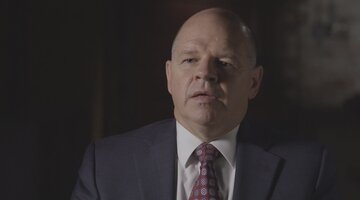 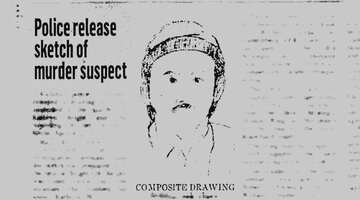 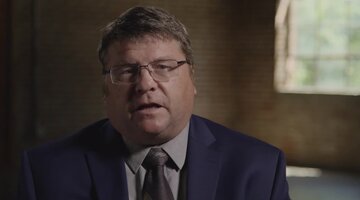 Between 1974 and 1991, Dennis Rader murdered 10 people around Wichita, Kansas under the moniker BTK Killer, standing for "Bind, Torture, Kill.”

Although Rader’s modus operandi and victim selection didn’t fit a distinct pattern, one piece of evidence appeared to connect the crime scenes — intricate knots used to bind and control the victims.

“Those square knots just screamed out to the investigators, ‘I know I’m just a little knot, but look at me. I’ve got something important to tell you about this killer.’ This is the signature mark of BTK,” Ray Lundin from the Kansas Bureau of Investigation told “Mark of a Killer,” airing Saturdays at 7/6c on Oxygen.

Rader was taken into custody in 2005 after a familial DNA sample tied him to BTK crime scene evidence, and during his interrogation, Rader declined an attorney and instead launched into a lengthy confession. The serial killer also opened up about his fascination with bindings and square knots.

“He said, ‘My brothers and my cousins would all run away screaming, and when I watched that, it’d give me an erection,’” said Larry Thomas from the Kansas Bureau of Investigation.

That was the moment he knew he was different from others, Rader recalled.

To act out these disturbing urges, Rader, a respected church leader and married father of two, developed “a secret life” in which he practiced and mastered tying the knots, bringing “to his image as a killer a sense of intelligence, superiority, and control,” said Dr. Ramsland.

During the interrogation, Rader told investigators where they could find evidence from his 17-year killing spree, and after searching his home and office, authorities uncovered a treasure trove of newspaper clippings, mementos, trophies, and photographs.

Some Polaroids were of Rader’s victims, while others were of himself in various forms of bondage wearing clothing and artifacts of the deceased.

“He was practicing bondage in his photographs with the same knots and the marks that we were finding at our crime scenes,” Thomas told “Mark of a Killer.”

By recreating images from his murders, Rader would be able to "live in that moment for years," Capt. Sam Houston of the Sedgwick County Sheriff's Office testified in 2005.

Rader also admitted that when setting up his tripod and camera to take photographs of himself, he would often experiment with "auto-erotic activity," which involved Rader limiting his own oxygen supply to experience "a heightened feeling of euphoria during sexual release," reported CNN.

Following his confession, Rader pleaded guilty to 10 counts of first-degree murder, and he was later sentenced to 10 consecutive life terms. He is currently incarcerated at the maximum-security El Dorado Correctional Facility near Wichita, where he is being held in solitary confinement.

Kerri Rawson, Rader’s daughter whose DNA helped lead to his arrest, told ABC’s “20/20” in 2019 that her family, including her mother and older brother, never had any clue that Rader was a serial killer.

While Rawson initially cut off contact with her father, she has since forgiven him after a “long journey” of returning to her faith.

“It was just a massive release,” she said on “20/20.” “I realized I was rotting within, like I didn’t just forgive my father for him, I had to do it for myself. I hope to see him in heaven someday because he could be forgiven for his sins too.”

To hear more about Rader’s crime spree and his disturbing calling card, watch “Mark of Killer” now on Oxygen.

'Last Podcast On The Left’ On Why They Hate BTK

What Happened To The BTK Killer’s Kids?