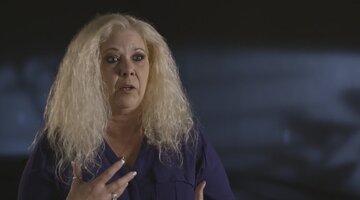 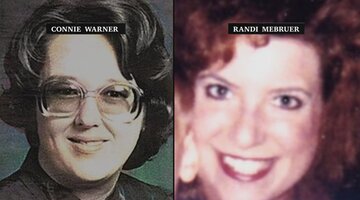 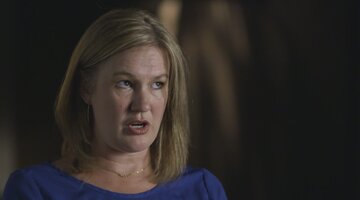 2:30
Preview
What Happened To Connie Warner?

In the early 2000s, a serial killer snaked his way through the communities of southern Louisiana. Preying on people’s kindness, he asked for directions or charmed them with a smile before forcing his way inside women’s homes to assault and murder them.

Known in the press as “The Baton Rouge Serial Killer,” his name was Derrick Todd Lee, and although he has been tied to seven deaths and convicted of two murders, the possibility exists he was responsible for more.

Lee, whose case is explored in Oxygen’s “Mark of a Killer,” was born on Nov. 5, 1968 and raised in St. Francisville, Louisiana, a small town north of Baton Rouge. Mental illness ran in his family, and his father reportedly suffered from bipolar disorder and psychosis, according to Baton Rouge CBS affiliate WAFB.

Lee was primarily raised by his mother, and he grew up with 13 siblings and half-siblings. He did poorly in school, where he was enrolled in special education classes. He dropped out in the 11th grade, according to court documents. Tests would reveal Lee had an IQ of 65, reported the Associated Press.

Lee later described himself as a loner, and he also gained a reputation in his neighborhood as a “Peeping Tom” and was arrested multiple times throughout his life for voyeurism, stalking, and burglary, according to the Chicago Tribune.

In 1988, Lee married Jacqueline Denise Sims, and they had two children together. Lee also had a long-term girlfriend, Consandra Green, whom he sometimes lived with. In 2000, Lee was convicted of fleeing from officers after attacking Green at a local lounge, and he was sentenced to two years in prison, according to the Associated Press.

Andre Burgos, the former boyfriend of Warner’s teenage daughter, reported seeing a man who looked like Lee watching the family’s house prior to Warner’s death, according to WAFB. While Lee was a suspect in the case, no charges were ever filed against him, and no further evidence tying him to the crime has ever been found.

"We believe in our hearts that he killed Connie, but we can’t prove it,” Zachary Police Chief David McDavid told Louisiana’s Advocate newspaper in 2016.

Lee was also considered a suspect in a 1993 assault on a young couple in a Zachary graveyard. The couple was alone in their car when they were attacked by a man with a machete, nearly severing one of their feet.

Years later, survivor Michelle Chapman picked Lee out of a police photo lineup, but by then, the statute of limitations for the crime had expired, according to the Advocate.

Randi Mebruer, 28, lived in the same sub-division as Warner and was abducted in April 1998. There were signs of a violent struggle and a trail of blood winding through her home. To this day, Mebruer’s body has never been recovered.

Missing from Warner, Champman, and Mebruer crime scenes were the victims’ keys, leading investigators to believe the killer was taking them as souvenirs, McDavid told the Advocate.

Diane Alexander was at home alone in July 2002 when Lee knocked on her door and asked to use her phone, claiming he was lost. He then forced his way in and attempted to rape her, beating her and choking her with a telephone cord.

Lee fled from the home when he heard a car pull up outside — it was Alexander’s adult son, according to Lafayette, Louisiana’s Daily Advertiser newspaper. After recovering from her injuries, Alexander helped police create a composite sketch of her attacker.

By analyzing the crime scene evidence, investigators discovered the killings of Green, Pace, Kinamore, Colomb, and Yoder were all linked to the same serial killer, reported the Advocate.

An FBI offender profile suggested the suspect was likely to be a white man between the ages of 25 to 35, according to ABC News. Lee was black, however, and DNA testing would later refute the profile and identify the killer “as being 85 percent African ancestry,” according to The New York Times.

While a multi-agency task force had been formed to investigate the slayings, it was authorities assigned to the Warren and Mebruer killings who collected a DNA swab from Lee on May 5, 2003, according to court documents.

The results showed Lee’s DNA was consistent with evidence from the murders of Green, Pace, Kinamore, Colomb, and Yoder, reported WAFB.

DNA evidence would also connect Lee to the Mebruer and DeSoto murders.

When authorities went to arrest Lee, they found him and his family gone. There was also no sign of him at his mother’s home or Consandra Green’s apartment. They then learned Lee’s wife had pulled their children out of school within days of his DNA sample being taken, according to WAFB.

After announcing Lee as the suspect in a series of murders, there were few places he could hide. He first went to Chicago and then to Atlanta, where he stayed for a week at a cheap motel. Following a tip, Lee was arrested outside a tire shop in southwest Atlanta on May 27, 2003, according to New Orleans’ Times-Picayune newspaper.

Pursuing the cases with the strongest evidence against him, Lee was indicted separately for the murders of Charlotte Murray Pace and Geralyn DeSoto in June 2003, according to WAFB.

In August 2004, a jury found Lee guilty of second-degree murder in the death of DeSoto. They had deliberated for less than two hours. The verdict carried with it a mandatory life sentence, according to WAFB.

Lee received a second conviction that October when he was found guilty of first-degree murder in the death of Pace, according to The Times-Picayune. The case against him was aided by the testimony of Diane Alexander and evidence from the other murders he was accused of committing.

Following the recommendations of the jury, a Louisiana State Judge sentenced Lee to death by lethal injection in December 2004, according to The Times-Picayune. He would spend the rest of his days on death row at the maximum-security Louisiana State Prison in Angola.

Lee wouldn’t live long enough for the state of Louisiana to carry out its sentence. He died on Jan. 21, 2016 at the age of 47. It was later determined he died from heart disease, according to New Orleans ABC affiliate WGNO.

To hear more, watch “Mark of a Killer” on Oxygen.