Sign Up for Free to View
What Was Robert Hansen's 'Mark'? 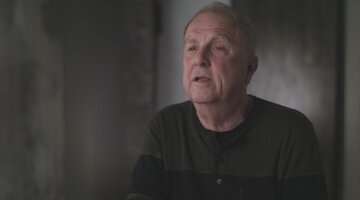 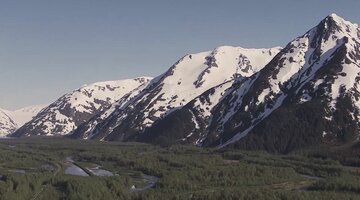 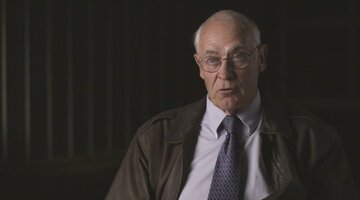 From the outside, Robert Hansen looked harmless. With his black horn rim glasses, a shabby haircut, and an awkward smile, he fit most people’s stereotype of a nerd.

He was a baker and a family man, but behind the normal facade lurked a serial killer who liked to torture and rape women before hunting and killing them like wild game.

Hansen's case is explored in "Mark of a Killer," airing Saturdays at 7/6c on Oxygen.

The man who would one day be known as “The Butcher Baker” was born Robert Christian Hansen on Feb. 15, 1939. He grew up in Estherville, Iowa, a small town near the Minnesota border.

Hansen’s father was a domineering Danish immigrant who expected his son to work at the family bakery at 2 a.m., even on school days. "His dad was a big old mean guy," childhood acquaintance Mike Eichler told local paper the Estherville News. "He was real hard on him."

In childhood, Hansen developed a stutter, for which he was teased and bullied.

“During my junior high or high school days I could not control my speech at all. I was always so embarrassed and upset with it from people making fun of me that I hated the word ‘school,’” Hansen was quoted in New York’s Daily News.

As a teenager, Hansen suffered from severe acne, leaving his face covered with pockmarks. He was skinny and shy and became frustrated as he watched his friends start to date.

"From the scars and so forth on my face you can probably see, I could see why girls wouldn't want to get close to me,” he would later say, according to the Daily News. His fear of women would eventually turn to resentment then hatred and violence.

Hansen found solitary refuge in the desolate woods outside his hometown. He became an accomplished hunter tracking game, and he was adept with both a rifle and a bow and arrow. He would later put these skills to use as a serial rapist and murderer.

Hansen enlisted in the United States Army Reserve in 1957. A year later, he was discharged, according to Iowa’s Waterloo-Cedar Falls Courier newspaper. He subsequently worked as an assistant drill instructor at a police academy in Pocahontas, Iowa, south of Estherville.

In December 1960, Hansen burned down a bus garage belonging to the Pocahontas County Board of Education. At the time, he was a member of the local fire department, according to Eichler.

"He was the first guy on the fire because he set it," Eichler told the Estherville News.

Hansen was sentenced to three years in prison, for which he would serve 20 months.

After his release, Hansen tried to put the pieces of his life back together with some degree of success. He married, and in 1967, moved with his wife to Anchorage, Alaska.

Despite the troubled relationship with his father, Hansen followed in his footsteps, opening a bakery near downtown Anchorage. Hansen’s Bakery soon became a favorite spot for locals to pop in and get fresh baked goods from “Bob the Baker.”

The Hansens had two children and lived in a modest home on the outskirts of town. In his free time, Robert continued hunting, winning trophies and acclaim in the local press.

He got a pilot’s license and bought a small plane for hunting wild game in the Alaskan wilderness. He also used it to transport his victims to his personal hunting grounds and dispose of their bodies.

In the mid-1970s, construction of the 800-mile Trans-Alaska Pipeline brought tens of thousands of workers to Anchorage. It also brought drugs and sex work, according to The Washington Post.

Streams of people came and went from the city, and it was the perfect hunting ground for Hansen, who began frequenting Anchorage’s strip clubs and back alleys, looking for victims.

Hansen told authorities his first murder victim was a topless dancer or sex worker he picked up in the 1970s, according to the Anchorage Daily News. Hansen pulled a gun on her as he drove her out of town, but she fought back.

During the struggle, he stabbed her in the neck with a knife she was carrying and then buried her in a shallow grave. Her body was discovered in 1980. Dubbed “Eklutna Annie” by local law enforcement, her identity remains unknown.

Hansen would follow this pattern numerous times before his final capture. He offered his victims money for sex, then pulled a gun on them once they were in his car and took them to a secondary location where he raped and tortured them.

Then, he’d drive or fly them to a remote area and release them into the wild so he could track them like animals before killing them and disposing of their bodies.

Hansen didn’t murder all of his victims — he later admitted to raping 30 women throughout the 1970s and ‘80s, according to The Washington Post. Hansen would return them to Anchorage with a warning not to tell authorities.

Throughout this time, Hansen was arrested on charges including assault with a dangerous weapon and larceny, according to court documents. He was released after minimal time behind bars, reported The New York Times.

“This gentleman here has been known to us for several years. We've turned him loose several times," a judge later said, according to the Associated Press.

As more bodies of female sex workers were discovered buried in remote, shallow graves, investigators started to suspect they might have a serial killer on their hands, and in 1983, they got their first big break.

That June, Hansen abducted teenage sex worker Cindy Paulson and raped and tortured her in the basement of his home, according to the Anchorage Daily News. The next day, he drove her to an airfield to fly her off into the wilderness and certain death.

As Hansen loaded his plane, Paulson saw an opportunity to make a break for it. Barefoot and handcuffed, she ran to a nearby road and flagged down a trucker, who drove her to the Anchorage Police Department.

Investigators immediately recognized that Paulson’s abduction fit the MO of the serial killer they were tracking, and they asked Paulson to describe her abductor.

Having memorized Hansen’s address, car model, plane, and physical description, Paulson was able to lead investigators to the local hunter, who claimed he had never met Paulson. Hansen also had an alibi that checked out, but investigators were suspicious.

They questioned Hansen’s friends who said they were with him the night of Paulson’s abduction, and his alibi quickly cracked. He was arrested at Hansen’s Bakery, and authorities served a search warrant at Hansen’s property.

In the basement, they found a secret, soundproof room behind a wall panel where Paulson was held. They also discovered a map of the Anchorage region in his headboard that was marked with more than 20 locations, which authorities believed were where he had buried his victims.

While searching the attic, they uncovered several pieces of jewelry — trophies taken by Hansen from his victims — and the murder weapon, a .223-caliber rifle.

He pleaded guilty to four murders and made a full confession, admitting to killing 17 women, according to the Anchorage Daily News. He was sentenced to 461 years plus life without the chance of parole in February 1984.

As part of his plea deal, Hansen agreed to show investigators where the bodies of his victims were located. Only 12 of them have ever been recovered.

On Aug. 21, 2014, Hansen died from natural causes at the age of 75, according to The New York Times. Upon hearing of his death, Assistant District Attorney Frank Rothschild, who helped convict Hansen, said, "Good riddance," according to the Anchorage Daily News.

'Son Of Sal' Went From Hopeful Mogul To Serial Killer — Why?