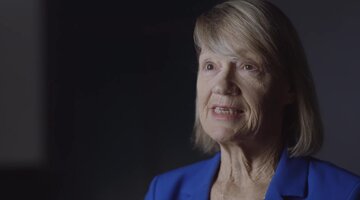 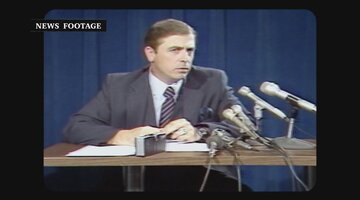 Now Playing
2:25
Audio is Released of the "Weepy Voice Killer" in Hopes of Finding a Suspect 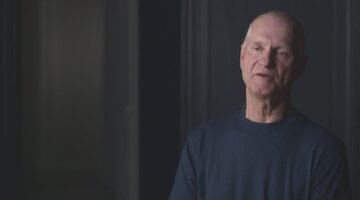 2:20
Preview
Police Get a Description of the Suspected "Weepy Voice Killer"

Throughout the early 1980s, Minnesota law enforcement was plagued by a series of disturbing, anonymous phone calls from a serial killer who targeted and murdered young women in the Twin Cities area.

"Will you find me? …  I can't stop myself. I keep killing somebody," he said in one high-pitched call to police, which aired as part of Oxygen’s “Mark of a Killer.”

The assailant, who became known as the “Weepy Voiced Killer,” was later identified as Paul Michael Stephani, a devout Catholic who ultimately confessed to the attacks after he was diagnosed with terminal cancer.

While Stephani revealed no motivation behind the slayings, experts believe his religious upbringing could have been what influenced him to express remorse by anonymously reporting his crimes.

“That was part of his profile, that if I come forward and say I did this and I want to confess to this that I will be absolved from this event,” FBI Special Agent Larry Brubaker told “Mark of a Killer.”

So, who was Stephani before he became the “Weepy Voiced Killer,” and who were his victims?

Born on Sept. 8, 1944, Stephani grew up on a five-acre plot outside Austin, Minnesota, with his mother, stepfather, and siblings.

His mother remarried when he was 3 years old. Stephani claimed that his stepfather was sometimes abusive, reported local newspaper the Saint Paul Pioneer Press. If the children got in his stepfather’s way, Stephani alleged, he would smack them on the head and send them flying down the stairs.

After graduating from high school, Stephani moved to Minneapolis–Saint Paul and floated between various jobs. He was married and had a daughter, but he later divorced his wife and abandoned his child, according to the Saint Paul Pioneer Press.

On the afternoon of June 3, 1981, a group of teenagers were playing in a field near a freeway construction site in St. Paul when they discovered the body of a young woman.

She had suffered wounds to her chest, stomach, and inner thighs, and the medical examiner determined she had been stabbed a total of 61 times with an ice pick.

“It’s very unusual to use an ice pick to kill somebody,” Saint Paul Police Department Sergeant Joe Corcoran told “Mark of a Killer.”

The woman was identified as 18-year-old Kimberly Compton, a recent high school graduate who had moved from Wisconsin in search of a job that same day.

Investigators found no clues at the crime scene, but 48 hours later, they received a tip in the form of an anonymous phone call to the station.

While police initially believed it was a prank call, one detail from the recording stood out — the caller confessed that he had “just stabbed somebody with an ice pick.”

“Only the killer would have known that he used the ice pick because we did not share that information with the media,” Sergeant Corcoran said.

Authorities attempted to trace the call, but it was too short. Hours later, however, another call came in, and police were able to track it to a bus depot phone booth.

“Don’t talk, just listen. I’m sorry of what I did to Compton. I couldn’t help it … I can’t think of getting locked up. If I get locked up, I’ll kill myself. I’ll try not to kill anybody else,” he said.

Police rushed to the scene to question witnesses, but the suspect had seemingly vanished.

Hoping to match the voice of the suspect to other unsolved crimes, investigators listened to the station’s backlog of recorded phone calls and made a major discovery. Five months earlier, on New Year’s Day 1981 at 3 a.m., someone called begging for assistance with the same weepy voice.

The man asked police to send a squad and ambulance to Malmberg Manufacturing Company and Machine Shop. There, first responders found 20-year-old college student Karen Potack, who had been beaten and stripped nude in a snowbank.

She sustained multiple wounds to the head and neck area, leaving her brain exposed. Potack survived the attack, but she experienced brain damage and remembered nothing about the assault.

With little to go on, investigators released a portion of the phone call to the media, urging anyone with information to come forward. No one was able to identify the “Weepy Voiced Killer,” however, and more than a year went by until they heard from him again.

On the morning of Aug. 6, 1982, a paperboy was doing his routine deliveries when he spotted a woman’s body along the banks of the Mississippi River in Minneapolis. She was later identified as Barbara Simons, a 40-year-old nurse.

“She was beaten and stabbed. The wounds on the body were circular. They could have been [made with] a Phillips screwdriver or an ice pick,” Minneapolis Police Department Detective Don Brown told “Mark of a Killer.”

By analyzing how the offender attempted to cover up the crime scene, Det. Brown determined that “this probably wasn’t his first time” killing.

“I’m sorry I killed that girl. I stabbed her 40 times. Kimberly Compton was the first one over in Saint Paul … I killed more people …  I’ll never make it to heaven!” he cried.

Knowing they had a serial killer on their hands, investigators reached out to the FBI for assistance in profiling their suspect. Profiler Kimberlie Massnick theorized that during the calls, the killer was “going into a juvenile state. He’s crying out.”

“This is somebody who’s wanting to play a cat and mouse game,” Massnick said.

Meanwhile, loved ones told investigators that on the night Simons was killed, she went to the Hexagon Bar in Minneapolis. A bartender and waitress saw Simons talking with an unidentified white man.  Simons told one of the waitresses, “I hope this guy’s OK because I just need a ride home.”

Police dug through mugshots of offenders with a history of violent assault, narrowing them down to an eight-photo lineup based on the witnesses’ suspect description. Det. Brown had the bar staff go through the mugshots, and they identified the man who was with Simons as Paul Michael Stephani.

Digging into his background, Hennepin County Attorney’s Office discovered Stephani had worked at the Malmberg Manufacturing Company, where Potack had been attacked on New Year’s Day.

He soon became the investigation’s main suspect, and police set up a surveillance team on Stephani’s apartment complex. He left his residence on the evening of Aug. 21, 1981, and while investigators were able to follow him to Minneapolis, they eventually lost track of Stephani.

Several hours later, a man called police after witnessing a woman being stabbed with a screwdriver. The man attempted to intervene, but the suspect threatened him and then fled the scene in his car.

First responders found 21-year-old Denise Williams, who had been engaging in sex work when she was stabbed 13 times. She told police the suspect had offered to drive her home, and somewhere in east Minneapolis, he pulled over to the side of the road.

He then took a screwdriver out of his glove compartment and began stabbing her. Williams found a glass bottle in the car and smashed it across his face, allowing her to escape before the witness called for help.

Police showed Williams several mugshots, and she identified Stephani as the man who stabbed her.

Not long after Williams’ attack was reported, another call came in: “I need an ambulance … I’m all cut up. I got beat up and I’m bleeding,” the man said. Investigators were stunned to find out that the call came from Stephani.

“Somebody that’s wanted generally doesn’t call the authorities for help, but I think because of the emergency situation, he had no choice,” Det. Brown said.

The Arrest and Trial

During an interview with police, Stephani claimed he was the victim of a robbery.

When Det. Brown confronted Stephani with the “Weepy Voiced Killer” case file containing photographs of the victims, Stephani “got up from his seat … and said, ‘You’re not gonna pin those on me.’ And his voice immediately changed. He went to a high pitch … Right away it struck me as the voice that I heard on the recordings,” Det. Brown said.

Stephani was then charged with the assault of Williams and murder of Simons. He pleaded not guilty.

“We believed that Paul Stephani had killed Kimberly Compton and assaulted Karen Potack, but we didn’t have the evidence,” said Tom Foley from the Ramsey County Attorney’s Office.

While investigating his background, Det. Brown learned Stephani previously had a girlfriend who ended up returning to her home country of Syria for an arranged marriage.

During his trial, the prosecution called Stephani’s sister to the stand and had her listen to a recording made by the “Weepy Voiced Killer,” and she identified the person as her brother.

Stephani was convicted of both counts, and he was sentenced to 18 years for the attack on Williams and 40 years for Simons’ murder, reported the Associated Press.

More than a decade after his convictions in 1997, Stephani reached out to law enforcement from behind bars to confess. He just wanted one thing in return — a photograph of his mother’s headstone.

In exchange for the images, Stephani admitted to the assaults and murders of which he was suspected, but he also claimed to have murdered another woman. Stephani, however, remembered no identifying information about the woman, only that he had drowned her in a bathtub.

“We went to the Ramsey County Medical Examiner’s Office and researched freshwater drownings in the timeframe that he was talking about,” said Saint Paul Police Department Officer Keith Mortenson.

After days of searching, they found a case they believed was a match to Stephani’s victim — Kathleen Greening, a 33-year-old schoolteacher who was found dead in her bathtub on July 21, 1982.

“Paul Stephani had details that only the killer knew. He had specifics about the victim’s apartment,” WCCO-TV reporter Caroline Lowe told “Mark of a Killer.”

When investigators looked back at the evidence and examined Greening’s address book, they found “Paul S.” along with his phone number. Greening was Stephani’s third murder victim, but it is unknown why he did not call in her murder as the “Weepy Voiced Killer.”

In subsequent interviews with the media, Stephani offered no insight into his motivations behind the slayings, but he said there was a voice in his head that told him, “Paul, it’s time to kill!” He also divulged that after one of the murders, he went to a Catholic church and “sat in the back of the pew” and “cried.”

“Mother always told me, ‘If something hurts you, go to God,’" Stephani said, adding that he wanted to come clean about the murders and assaults because he had been diagnosed with terminal cancer.

To hear more from investigators, watch “Mark of a Killer" on Oxygen Saturdays at 7/6c.

How Did She Get Away From The I-5 Strangler?