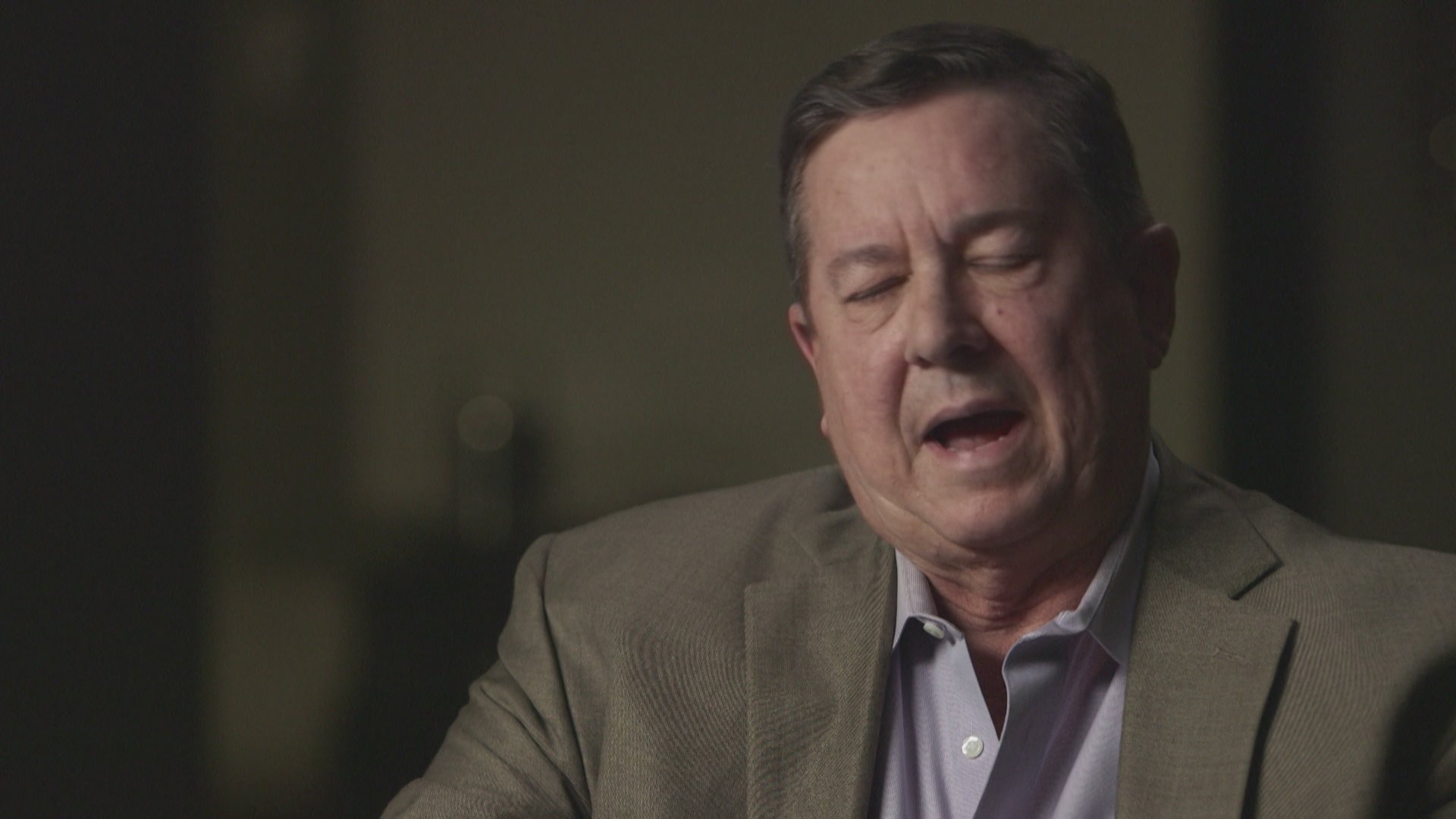 Mexican serial killer Ángel Reséndiz used America’s railroads to seek farm work in the Midwest and the South – and also to flee his brutal crime scenes. Reséndiz murdered at least nine people, and his reliance on the country’s railway system and his propensity to commit crimes near them earned him the nickname “The Railroad Killer.”

Ángel Maturino Reséndiz, whose case is explored in Oxygen's “Mark of a Killer,” was born in Puebla, Mexico in 1959. According to a profile in People magazine, he was raised by his single mother until the age of 6, when he was sent to live with an aunt and uncle. He later returned to live with his mother around the age of 12. His family remembered him as a loner who seldom got into trouble. According to prison records, he had a 7th grade education level. His mother told the Chicago Tribune that when he was 13 or 14 he was sexually assaulted by a group of older boys after going to swim at a nearby river.

As a teenager, Reséndiz began illegally crossing the border into America. He was arrested in Michigan in 1976 and sent back to Mexico, according to Washington’s Kitsap Sun newspaper. He was back by 1979, when he was arrested for severely beating an 88-year-old man inside his home in Miami, Florida, according to the Ocala Star-Banner. He received a 20-year prison sentence for assault and burglary, but was released in 1985. In an interview with the Chicago Tribune, Reséndiz’s mother said he was gang-raped while imprisoned in the US.

Though Reséndiz was deported following his release from prison, he quickly snuck back across the border. In 1986, he murdered an unidentified homeless woman, shooting her four times and dumping her body in an abandoned farmhouse in Bexar County, Texas. He would later tell investigators he killed her because she had insulted him, according to the Houston Chronicle.  In June 1986, he was arrested in Laredo, Texas, for trying to sneak into the country with a fake US birth certificate and sentenced to 18 months, according to the US Justice Department.

In May 1991, Reséndiz was again deported after serving 30 months for fraudulently applying for social security cards, weapons possession and other charges related to illegally entering the country, according to the Justice Department. Just a few months later, however, he was back in Texas. On July 19, 1991, he murdered 33-year-old Michael White. White’s body was found in the yard of a house in San Antonio, and had been shot multiple times, according to the Associated Press.

In the following years, Reséndiz drifted back and forth across the border, working seasonal farm jobs in the U.S., either sending money back home or taking it with him when he left. Illegally hopping freight trains, he would travel to Florida when it was orange picking season or up to Kentucky when tobacco crops needed harvesting. He also racked up multiple arrests for theft, weapons possession and trespassing, according to the Justice Department.

In March 1997, Reséndiz resumed his murderous ways, killing Jesse Howell and Wendy Von Huben, two teenage runaways from Woodstock, Illinois. Howell was bludgeoned to death, his body left beside railroad tracks near Bellview, Florida, while Von Huben’s remains would not be found until after his arrest. Reséndiz later admitted to raping her, strangling her to death, and sodomizing her corpse,  according to the Ocala Star-Banner.

That August, Reséndiz preyed on another young couple who he encountered near the railroad tracks in Lexington, Kentucky. Reséndiz fatally bludgeoned to death 21-year-old University of Kentucky student Christopher Maier, then raped and viciously beat his girlfriend Holly Dunn. Dunn would later write about the attack in her book “Sole Survivor: The Inspiring True Story of Coming Face to Face with the Infamous Railroad Killer,” and was profiled on CBS’ “48 Hours.”

In 1998, Reséndiz would leave a path of bloodshed from northeastern Georgia to Houston, Texas. All three murders involved home invasions, and at least two occurred near train tracks. In October, he beat 87-year-old Leafie Mason to death with an antique flat iron, while in December he bludgeoned Fannie Whitney Byers, 81, to death in her Carl, Georgia, home, according to the Associated Press. A week later, Reséndiz was back in Texas, where he raped and murdered pediatric neurologist Claudia Benton, 39. He would leave behind fingerprints and DNA evidence, which would ultimately identify him and lead to his capture and conviction, as reported by the Associated Press.

As 1999 got under way, Reséndiz was awaiting the birth of his daughter with his common-law wife, with whom he lived in the small rural hamlet of Rodeo, Mexico, according to People magazine. By spring, though, he was back in the States with murder on his mind. On May 2, he broke into the home of Norman Sirnic, 46, and his wife, Karen, 47. It was located behind the church where Norman was a pastor, across the street from train tracks in Weimar, Texas. Reséndiz caved in their skulls with a sledgehammer, then sexually defiled Karen’s corpse, according to the Houston Chronicle.

Before his final run of murders, Reséndiz was captured by the Immigration and Naturalization Service and released. Border Patrol agents took him into custody on June 1, 1999, near the border around El Paso, and allowed him to return to Mexico the following day, according to the US Justice Department. Two days later, he was back in Texas to kill again.

On June 4, 1999, Reséndiz broke into the apartment of Houston schoolteacher Noemi Dominguez, 26, and sexually assaulted her before bludgeoning her to death with a pickaxe. According to court documents, he then stole her car and later that day used the same pickaxe to murder Josephine Konvicka, 73, in a farmhouse on her property in Fayette County, Texas.

On June 14, 1999, the Los Angeles Times reported that investigators were looking for a “Mexican drifter” named  Rafael Resendez Ramirez in connection with “six deaths in Texas and one in Kentucky, all brutal beatings that took place near railroad tracks.” The following day, Reséndiz broke into the home of 80-year-old George Morber Sr., located about 100 yards from a set of railroad tracks in Gorham, Illinois. Morber was out fetching the morning paper, but when he returned he was bound and then shot in the head with a shotgun, according to the Associated Press. His daughter, 52-year old Carolyn Frederick, later stopped by to visit and Reséndiz beat her with the shotgun so brutally the gun snapped in half. Reséndiz left fingerprints all over Morber’s home before stealing his truck and making his way back to Mexico.

A week later, the Los Angeles Times reported Angel Reséndiz, still misidentified as Rafael Resendez-Ramirez, had been put on the FBI's 10 Most Wanted List. Though the FBI later corrected the error, they continued using both names on wanted posters, according to the Los Angeles Times.

Behind the scenes, Reséndiz’s family worked with the Texas Rangers to facilitate a peaceful surrender, according to the Los Angeles Times. Fearful of bounty hunters or retaliation from vigilantes, Reséndiz’s sister met with Ranger Drew Carter and encouraged her brother to give himself up. She would later be awarded $86,000 for her aiding in his surrender, according to the Chicago Tribune.

On July 13, 1999, Angel Reséndiz walked over a bridge at a border crossing in El Paso, Texas, and surrendered to Ranger Carter, shaking hands with him before being taken into custody, according to the Los Angeles Times. He was accompanied by his sister, two brothers and a pastor.

At his spring of 2000 trial for the murder of Claudia Benton, Reséndiz pleaded not guilty by reason of insanity, claiming he was an avenging angel sent by God to punish those he thought "were evil and deserved to die," according to the UK’s Guardian newspaper. The jury was unmoved and found him guilty of capital murder, as reported by CBS News. He was later sentenced to death, a judgment he had asked for, according to the Associated Press.

The State of Texas executed Angel Reséndiz by lethal injection on June 27, 2006. Before his death, he asked forgiveness from the victims’ family members in attendance, saying “You don’t have to. I know I allowed the devil to rule my life,” according to NBC News. After thanking God, his final words were, “I deserve what I am getting.”