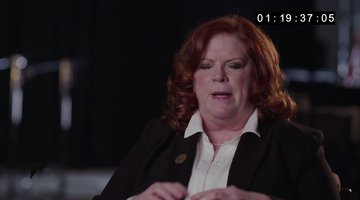 1:07
Preview
FBI Look To Get An Arrest Warrant For Paul Runge 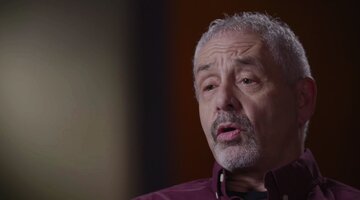 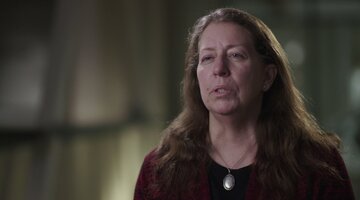 2:01
Exclusive
Sisters Vanish After Accepting A Job At A House Cleaning Company

On the afternoon of January 10, 1997, firefighters raced to extinguish a residential blaze on the North Side of Chicago. Inside the single family dwelling, officials found the body of a woman.

Investigators identified the victim as homeowner Dorota Dziubak, a single mother  with a 5-year-old daughter. The girl was not home at the time of the fire, according to “Mark of a Serial Killer,” airing on Oxygen.

Police observed no signs of a struggle or forced entry as Dziubak’s body was sent to the medical examiner’s office, where it was determined that she had been strangled. Although the medical examiner suspected that Dziubak had been sexually assaulted, that couldn’t be confirmed during the autopsy.

Investigators searched for clues, along with a motive for the murder of a dedicated mom. They spoke with Dziubak’s friend, who reported that the victim had recently spoken with a prospective buyer of her home who gave off an unsettling vibe.

Phone records showed that on the day of the fire, Dziubak had been called from a payphone near her home. Investigators processed the public phone but recovered no evidence. There were no security cameras in the area of the payphone, either.

Three weeks later, on February 3, the fire department responded to an apartment fire. Inside the burning home, firefighters discovered the bodies of a young woman and a girl.

They were identified as Yolanda Gutierruz, 35, and her daughter Jessica Muniz, 10. Their hands had been bound behind their backs and their throats had been slit. The room they were in had been doused with an accelerant and then torched.

The medical examiner determined that the mother and daughter had bled to death and that they had both been sexually assaulted. Investigators were able to recover DNA evidence, but it came up with no matches in the available database.

Investigators learned that Gutierrez had posted flyers on a local bulletin board to sell books that included her phone number. Her phone log showed calls came in from nearby payphones, which were processed for evidence but failed to reveal any leads.

Investigators also noted the similarities to the Dziubak case, but lacked direct evidence to establish a solid connection.

About six weeks later, fire officials raced to put out a fire at a condo, where the body of Kazimiera Paruch, 44, was found naked from the waist down. She had been stabbed and beaten and soaked with an accelerant. There was a For Sale sign on the front of her home.

Investigators believed that the killer behind this crime was the same man who had struck twice before. However, because of a lack of DNA evidence, the medical examiner could not conclusively determine that Paruch had been sexually assaulted.

Without that genetic material to show a link between the three cases, police were left with circumstantial evidence and a strong hunch.

Chicago police reached out to the FBI to construct a profile of the killer. The murderer appeared to derive excitement from the risk and thrill of the kill, FBI profiler Mary Ellen O’Toole told “Mark of a Serial Killer.” Setting fire to victims may have provided a rush of omnipotence.

Authorities alerted the media that there may be a serial killer on the loose as they looked for leads among men who’d recently been released from prison.

Three years later, with tech advances and the expansion of DNA databases, police reprocessed the DNA evidence they had on file for the case. A match came up for 30-year-old Paul Runge of DuPage County, outside Chicago.

Chicago officials learned Runge had raped a 14-year-old girl when he was a teenager. He was sentenced to 14 years, but was released after serving seven of them. And by 2000, Runge had already been on the radar of police in Hanover Park, a Chicago suburb, for five years. They strongly suspected that Runge was involved in the 1995 murder of Stacey Frobel, 25, who knew Runge. Frobel’s slaying was discovered when a dog returned home with a dismembered leg that belonged to the victim. Her body parts had been scattered around the Illinois-Wisconsin border.

When questioned about Frobel’s murder he denied knowing anything about it. However, officials’ suspicions about Runge didn't waver. The FBI recruited his friend, Dina Bartolini, to wear a wire and get him to talk about Frobel.

Bartolini broached the subject in every possible direction. Runge didn’t go anywhere near the topic. He “was stone cold,” Bartolini told producers.

By May 1997, DuPage County detectives still had no way to directly connect Runge to Frobel's murder. But they were able to get a warrant to search his apartment, where they found weapons in violation of his parole conditions.

Runge was sent back to prison to serve out the remaining seven years of his prior 14-year sentence. Chicago police interrogated Runge at the Will County jail, where they told them they had his DNA from the body of Jessica Muniz.

His response shocked investigators. “You got me,” he said, according to “Mark of a Serial Killer.”

Runge revealed, as investigators had theorized, that he found victims through classified ads they posted to sell items and their homes. Runge also confessed to killing two sisters in their 20s, Amela and Dzeneta Pasanbegovic.

Runge was charged with seven counts of murder. In January 2006, Runge stood trial for the murders of Gutierrez and Muniz, the case for which prosecutors had the strongest evidence.

Runge was convicted and sentenced to death. That sentence was later changed to life without the possibility of when the death penalty was outlawed in Illinois.

Once Runge was given a life sentence, prosecutors didn’t proceed with the other murder charges.

To learn more about the case, watch  “Mark of a Serial Killer" on Oxygen or stream episodes here.