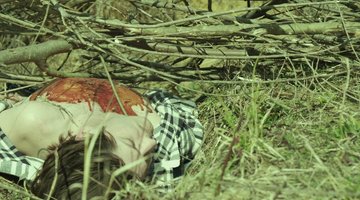 1:15
Preview
Why Stabbing Is an “Intimate Form of Attack” 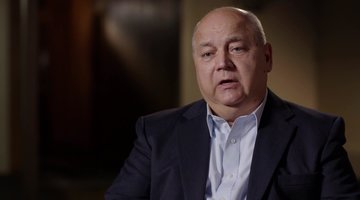 In the spring of 1983, investigators in Lake County, Illinois were working the separate cases of two young men who’d been brutally stabbed to death and left with their pants pulled down.

Because of how the men were killed and where they were found, police considered a possible link between the homicides, according to “Mark of a Serial Killer,” airing Sundays at 7/6c on Oxygen.

Detectives were able to determine the name of only one victim. Using fingerprints, they identified 26-year-old Gustavo Herrera, who, investigators learned, was known to go to gay bars to solicit sex.

In August 1983, the body of another man who’d been stabbed and left with his pants down was found in the same area.

Investigators collected evidence at this crime scene, including tire track marks and boot prints. Detectives found a wallet with a woman’s ID in it. She identified the victim as 28-year-old Ralph Calise.

Officials followed various leads and searched for a connection linking the three victims. They discovered that officials in Kankakee County were investigating the case of a man stabbed 27 times. His body was found with his pants down in October 1982 in a rural area on the Illinois-Indiana state line.

He was identified as Steven Crockett, a 19-year-old Chicago resident who’d been arrested for male prostitution.

Detectives learned that Indiana officials were also working cases of men being stabbed to death and dumped half-undressed in desolate areas.

“We had homicide cases from 1982 all the way through August of 1983. The bodies have been dumped off major interstates or highways,” Det. Daniel Colin, of the Lake County Sheriff’s Office told "Mark Of A Serial Killer." “We have a serial murder, with multiple bodies stacking up in two states now.”

The murderer became known as the Highway Killer.

Investigators focused on 23-year-old Indiana victim Steven Agan, who’d been stabbed 32 times. His body was found in an abandoned barn, where investigators discovered a government key marked “do not duplicate.”

They established a two-state task force, along with a tip hotline, and built a profile of the killer based on his unique habit of stabbing to the point of overkill and leaving his victims — possibly as many as 12, authorities believed — with their pants down.

“The task force did a press release and put out flyers that there may be a possible homosexual serial killer,” Gera-Lind Kolarik, an assignment editor with WSL-TV ABC7 Chicago, told producers.

One hotline call raised the name of Larry Eyler. In 1978, according to the tipster, Eyler had stabbed a young male hitchhiker after the two had had sex. The victim escaped and Eyler was arrested but the case was dropped. The victim didn’t want to be identified as gay, according to “Mark of a Serial Killer.”

Investigators looked into Eyler’s background. They learned that he was 32 years old and part of the gay community. He was working in a liquor store in Terre Haute, Indiana and regularly drove to Indianapolis and Chicago.

Eyler’s drive would be along US Route 41, which matched areas where bodies were found.

After a traffic stop, Eyler was brought in for questioning. He allowed authorities to search his truck, where a bloody knife, boots, ropes, and handcuffs were found. An impression was taken of the vehicle’s tire. Because there was no reason to hold him, Eyler was released.

Authorities still had the knife, boots, and tire tread impression, which were found to match the prints at the Ralph Calise crime scene. They obtained a search warrant for Eyler’s residence, where nothing was found to connect him to any murder.

When questioned by detectives, Eyler was open about his own sexuality but denied killing anyone. He was released but kept under surveillance by authorities.

Then, FBI crime lab analysis of the knife and boots from Eyler’s truck found that blood on them matched Calise’s. It was finally enough to issue an arrest warrant.

On October 23, 1983, Eyler was arrested in Lake County, Illinois for the murder of Ralph Calise. But Eyler’s attorney was able to get the boot, knife, and tire print deemed inadmissible in court. Eyler was released.

A year later, a Chicago janitor found the dismembered body of 16-year-old Danny Bridges, who was identified by fingerprints, in a trash bag.

A witness said that the person who put the bag in the garbage lived in an apartment that turned out to be Eyler’s residence. Eyler was there with his lover when authorities arrived. Blood found at the scene matched that of Bridges'.

Eyler was charged with Bridges’ murder and the trial began in July 1986. He was found guilty and sentenced to death. While authorities were relieved that Eyler wouldn’t be able to kill again, they believed he was responsible for murdering numerous other men.

Four years after Eyler’s conviction, Indiana investigators reopened the Steven Agan murder case. At the time of Agan’s murder, Eyler worked part time for a government agency. Officials determined that the key recovered from the Agan crime scene opened the door to the office where Eyler worked.

In December 1990, Eyler confessed to Agan’s murder. He was sentenced to 60 years.

On March 6, 1994 Eyler died of AIDS at the Illinois State Penitentiary. Four days later, his lawyer, Kathleen Zellner, who’d said that Eyler’s crimes were connected to his rage, held a news conference. She released names of men Eyler had confessed to killing.

Among the names were those of Ralph Calise, Gustavo Herrera, and Ervin Gibson, the 16-year-old John Doe found 11 years earlier in the woods in Lake County, Illinois.

To learn more about the case, watch “Mark of a Serial Killer,” airing Saturdays at 7/6c on Oxygen, or stream episodes here.

City Terrorized By 2 Serial Killers In One Summer

How To Watch 'Mark Of A Serial Killer'