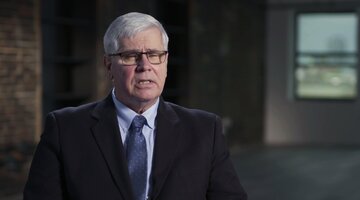 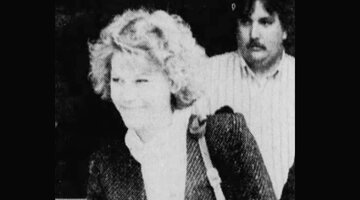 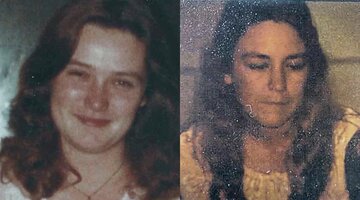 1:37
Preview
Suspect Found in String of Murders in Delaware

In the late 1980s in Delaware, a string of bodies started piling up off Route 40. The victims, all women, bore disturbing marks of torture and police strongly suspected they were up against a serial killer — and a ticking clock.

On Nov. 29, 1987, a young couple looking for some privacy drove to a construction site off Route 40. Their plans were halted when they saw something strange in the road.

"The boyfriend was driving. He says, 'Oh, somebody threw a mannequin out there,'" Joseph A. Swiski, a Newark, Delaware detective told "Mark Of A Serial Killer," airing Monday, April 12 through Friday, April 16 at 8/7c on Oxygen as part of Serial Killer Week, a special nine-night event. "It was actually a body."

The couple called 911 and police arrived on the scene. They found a young woman dead with her pants pulled down and her bra cut open to expose her breasts. There were ligature marks on her and a bloody wound on her head. Most disturbing, though, was what had happened to her chest.

"We were seeing evidence of torture where one of the nipples of her breast was mutilated. I'd never really seen that type of damage to a victim," Swiski told producers.

An autopsy revealed no signs of sexual assault, surprising investigators. They did learn, though, she had been killed by a blow to the head.

Using photos of her tattoos, police were eventually able to identify the victim as Shirley Ellis, a sex worker who frequented the area. She had been turning over a new leaf, however, her family said. She had been studying to be a nurse, and the night she went missing, she was going to a hospital to visit a sick friend. She was used to hitchhiking, though, and her family believed that's how she met her killer.

Employees at a construction site Route 40 found a naked young woman dead along a dirt road. When police arrived, they realized the case bore similarities to the Ellis murder.

"We observed cylindrical blows to the head, there was evidence she had been bound at the wrists and ankles." Det. Jim Hedrick with the New Castle County Police Department told producers. "We noticed there was mutilation in the breast area ... partial nipple removal."

They identified the victim as Catherine DiMauro, a 31-year-old divorced mom of two who was known to hitchhike and frequent establishments along Route 40.

“The term 'similarities' is really a strong understatement,” Swiski said. "To say it was another killer likely would have defied the laws of probability."

The signs of torture on each women, particularly to their breasts, seriously alarmed investigators.

"This offender is every woman’s worst nightmare. When somebody is delivering pain that far exceeds what is necessary to kill the person, they’re getting pleasured based on the pain in and of itself.  The torture is the satisfaction. That is sexual sadism," Joni E. Johnston, a forensic psychologist, explained to producers.

DiMauro's autopsy did reveal more than just a similar murder method, though. They discovered she was covered in tiny blue carpet fibers, indicating wherever she had been attacked and killed, there was a specific type of carpet.

Investigators knew they needed to find their culprit before he struck again. They decided to create a trap: They had Renee Taschner, an officer with the New Castle County Police Department, go undercover, wear a wire, and wander along Route 40 to see if the killer would stop for her.

"I had only graduated from the Academy, what, four months before this. I was very new, very keen. The idea was always to engage these guys to see if we could get the person or persons who initiated these crimes to show their hand," Taschner said.

Weeks passed without any viable leads from Taschner's operation. In the meantime, another woman, Margaret Lynn Finner, a 27-year-old mom trying to secretly make ends meet with sex work, also vanished off Route 40. A friend had last seen her get into a blue Ford van. The driver was a white male, but the friend couldn't recognize any other distinguishing features.

Taschner was on the lookout now for a blue Ford van — and one did eventually stop for her. The driver talked with her for a bit and when she looked in, she saw the van was covered in blue carpeting.

The driver asked her to come with him, but she feigned a bad headache. She was able to pluck some of the blue carpet fibers during their conversation, though, which was the evidence police needed.

Authorities ran the plate number, and learned their suspect was Steven Brian Pennell, a married man with two children and no real criminal history. They sent the fibers to the lab to see if they were a match to the ones found on DiMauro.

Tragically, yet another victim then turned up in the meantime. On Sept. 20, a 22-year-old named Michelle Gordon, who had been reported missing by her family a few days earlier, was found dead in a canal. She had been known to hitchhike along Route 40, just like the other victims.

"She, like the others, had been brutally tortured while she was bound," Kathy Jennings, from the Delaware Attorney General's Office, told producers.

However, her case was slightly different. There were no ligature marks on her body or blows to the head, although she had been tortured.

"The medical examiner indicated that the actual acts of violence and torture literally frightened her death," Jennings explained. Her death was ruled a homicide,

Investigators then finally got the break they needed — the fibers from Pennell's car were indeed the ones found on DiMaruo.

They executed a search warrant on his home and car and found hair, blood, and skin belonging to some of the victims in there. He was arrested and charged with three counts of murder for the killings of Ellis, DiMauro, and Gordon. Although Finner was eventually found murdered in a field, they initially didn't charge him with the crime as they didn't have the physical evidence linking him to her death.

In 1989, Pennell was found guilty of murdering Ellis and DiMauro. He was acquitted of murdering Gordon — which investigators told "Mark of a Serial Killer" was likely because her murder was different from the others. He was handed two life sentences.

However, a blood sample taken from Pennell's van was subsequently found to be a match for yet another missing woman, Kathleen Meyer, who had last been seen entering a blue Ford van on Route 40. Her body was never found.

Claiming he didn't want to upset his family with another trial, he pleaded no contest to Meyer and Gordon's murders. He then asked the court to sentence him to death.

"This court has found me guilty on the testimony of witnesses. So I ask that the sentence be death as said by the state’s laws and God’s laws. That’s all I have to say," he said, according to a 2020 Delaware Today article.

For more on this case and others like it, watch "Mark Of A Serial Killer," airing Monday, April 12 through Friday, April 16 at 8/7c as part of Serial Killer Week, a special nine-night event on Oxygen.

Why Do Serial Killers Take Trophies?