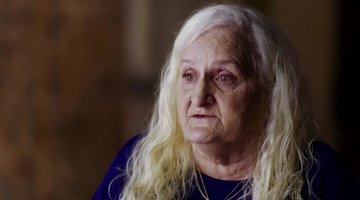 Now Playing
2:02
Exclusive
How El Paso Police Realized There Was a Serial Killer 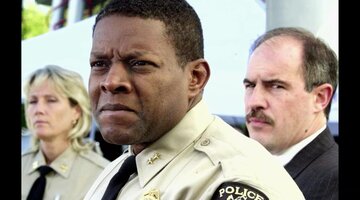 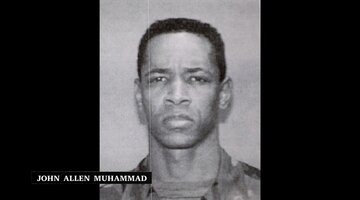 3:00
Exclusive
Who Was John Allen Muhammad?

In the late 1980s, authorities were determined to stop a killer who turned the El Paso, Texas desert into a burial ground for young women.

Two nude bodies were discovered in shallow graves about two feet deep and 50 feet apart in the summer of 1987, reported the El Paso Times in 2017. Skeletal remains and the state of decomposition told detectives that one had been in the ground longer than the other.

“Dead bodies will talk to you,” El Paso Police Dept. Det. Juan Guerrero told “Mark of Serial Killer,” airing Sundays at 7/6c on Oxygen. Autopsies showed that both victims had been strangled.

Detectives began their investigation by searching reports of runaways and missing persons. Garments found in the grave matched clothing that 24-year-old Rosa Maria Casio had on when she was last seen. Casio’s mother confirmed her daughter’s identity.

Casio vanished after meeting friends at a club, who told detectives that a strange-acting, fair-haired man with tattoos driving a truck caught their attention.

As detectives continued this line of investigation, dental records revealed the identity of the other victim as 20-year-old Karen Baker. She was last seen getting on a motorcycle with a thin blonde man with tattoos. While the description of the man seen with the women overlapped, investigators were unable to establish a connection between Casio and Baker.

After the murders made the news, a local woman told investigators that she’d accepted a ride home from a man who instead drove into the desert. He raped and bound her. The perpetrator had tattoos and drove a truck, she told police. She managed to escape after the man fled when he heard voices. She didn’t report the attack until the news of the murders broke.

At the same time, the mother of 15-year-old Desiree Wheatley came forward. The girl had been missing for three months. Her mother had last seen the girl on June 2, when she left for the last day of school. She wore a T-shirt she planned to have her classmates sign.

An intensive multi-unit search of the desert for Wheatley commenced. “One of the ways that you look for a body in the desert is that you get a real long pole,” said Guerrero. “Somebody sticks it into the ground and pulls it back out. You smell the end of the pole for decomposition.”

That method led them to an area where a body confirmed to be Wheatley was found. She had sand in her mouth, which suggested that she’d been buried alive. This was confirmed later by an autopsy.

Nearby, in another shallow grave, another body was found. The fourth victim was identified through dental records as 14-year-old Dawn Smith, who’d run away in June and was reported missing in September, reported the El Paso Times in October 1987.

“There’s not a doubt in any of us that are working this case that we have a serial killer sexual predator on our hands,” detectives told "Mark Of A Serial Killer." Investigators narrowed their focus on sexual offenders due to the nature of the murders, although at the time there wasn’t a database to point to suspects.

During the investigation a connection between two victims, Smith and Wheatley, was found. They had attended the same middle school. Students there told authorities about a man with tattoos who drove a motorcycle and a truck nicknamed Skeeter.

Detectives identified him as 30-year-old David Leonard Wood, who’d been paroled in January from prison where he’d served seven years for sex assaults on two teenage girls. The desert rape victim, like students who were interviewed, picked Wood out of a photo lineup, investigators said.

Although police didn’t have enough to charge him in the murders, they were able to charge him in the rape of the woman in the desert. Detectives focused on gathering evidence that connected Wood to the homicides to prove he was the killer, prosecutor Debra Morgan told producers.

In the meantime, two more bodies were found buried in shallow graves in the desert. They were identified as Angelica Jeanette Frausto, 17, and Ivy Williams, 23.

Investigators searched Wood’s home, where they found hundreds of pictures of teenaged girls, according to “Mark of a Serial Killer.” They also searched Wood’s vehicle, which they saw that had been thoroughly vacuumed and wiped clean. Officials collected Wood’s vacuum cleaner bag to analyze it for the presence of fibers to connect it to existing evidence.

Detectives got a break when fibers in Wood’s vacuum cleaner bag matched ones recovered from Wheatley’s grave, according to “Mark of a Serial Killer.”

Wood was charged with the six murders in 1990. His trial began in 1992. He was convicted on the six charges and sentenced to death, but his August 2009 execution was halted because of questions concerning his mental ability.

David Leonard Wood is now on death row at the Allan B. Polunsky Unit State Prison in Livingston, Texas. Police suspect he may have been involved in the disappearance of three more girls missing since 1987.

To learn more about the case watch “Mark of Serial Killer,” airing Sundays at 7/6c on Oxygen, or stream episodes here.

Who Was The ‘Tourniquet Killer,' A Texas Serial Strangler?