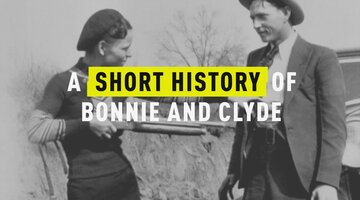 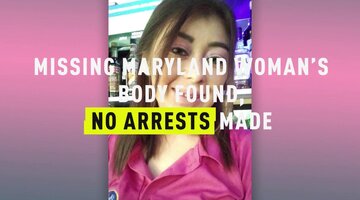 The gossip swirling around criminal duo Bonnie and Clyde in the 1930s spawned an entire mythos about the couple, which continues to grow to this day. Now, Netflix is tackling the legend of these outlaws, once again reviving the pair's infamous history with director John Lee Hancock's latest film, "The Highwaymen." It was hard enough to get the facts straight about the two almost a century ago — but things may have gotten even murkier these days as their transgressions continue to be told and re-told in cinema. So, who were the real Clyde Chestnut Barrow and Bonnie Elizabeth Parker?

Parker and Barrow both grew up in Texas. The former was married at the age of 16 to a man named Roy Thornton, and although they parted ways shortly thereafter (but never officially divorced), she was seen wearing his wedding ring until the day of her death and was even found to have his name tattooed on her body. In her early life, Parker never showed any signs of defiance or deviance: She was a good student who had hoped one day to become an actress, according to History.com

Barrow was born into poverty and began a life of criminality at the age of 17, when he was arrested for failing to return a rental car according to Biography.com. Before that, Barrow had a penchant for the arts and had hoped to become a musician — he had even taught himself how to play the saxophone. It was his older brother, Ivan M. “Buck," who turned the young child down a much a darker path by teaching him to steal cars.

From there, Barrow worked both legitimate and illicit jobs (cracking safes, stealing more cars) until he was arrested again in 1929, following a series of petty crimes that included the theft of turkeys from a nearby farm. In "Go Down Together: The True, Untold Story of Bonnie and Clyde," author Jeff Guinn details several colorful stories from Barrow's time in prison, including an incident in which he crushed another inmate's skull with a lead pipe after he was repeatedly sexually assaulted. This is believed to be Barrow's first kill; however, another inmate took responsibility for the death, allowing Barrow to escape punishment.

In 1930, Barrow escaped prison — with the help of Parker, who had smuggled a firearm into prison, according to the official Federal Bureau of Investigation page on their crimes. The two had met sometime before this incident, although the circumstances of their initial rendezvous remain somewhat unclear to scholars, according to Guinn. Most historians do place the beginning of their romance in January of 1930, saying they were introduced by a mutual friend and got to know each other for a few weeks before Barrow was convicted for auto theft, per Biography.com. At this point, Thornton was already in prison for murder and out of Bonnie's life. Parker was 19 years old, Barrow was 20 years old.

Barrow's freedom was short-lived: He was sent back to prison, and released again in 1932. It was Barrow's mother that had petitioned for his release.

"Something awful sure must have happened to him in prison because he wasn't the same person when he got out," his sister Marie said at the time, as documented in the book "Running With Bonnie and Clyde: The Ten Fast Years of Ralph Fults" by John Neal Phillips.

That's when Barrow, with Parker at his side, began forming a loosely assorted group of criminal associates, which included Barrow's brother Buck and his wife Blanche. A series of robberies and police shootouts in the Southwest soon garnered the attention of newspapers and national law enforcement, according to the FBI.

Although they became best known for robbing banks, most of the places they stole from were either small local stores and gas stations — meaning their loot was often under $10, reports History.com. They were also fond of taking hostages and releasing them far from home — but sometimes with enough money to get back on their own, according to an essay by former Barrow gang member W.D. Jones originally published in Playboy.

Each miraculous escape the gang made only caused the hunt for the group to intensify. Along the way, Barrow and his brother had taken the lives of several (an exact number remains unknown) people, including at least nine police officers. They did not discern between their victims and were known for ruthlessly taking the lives of lawmen and civilians alike, according to History.com.

Members of the group, including brother Buck, were captured and killed during their crime spree — but Barrow and Parker continued to evade justice even after police devised a trap to apprehend them in 1933, according to the FBI. The two even managed to bust fellow criminals out of jail in early 1934. However, it came at a cost — Parker had been grievously injured during several shoot outs and by this point could barely walk on her own.

A coordinated effort between the FBI and local police forces from Louisiana and Texas obtained information that Barrow and Parker's squad has thrown a party at Black Lake, Louisiana and were coming back in two days. In an early morning ambush on May 23, the lurid lovers were finally taken down when police opened fire as they were driving.

The two were shot many times and killed almost instantly — some at the time claimed Parker could be heard screaming after Barrow was shot in the head, according to "Ambush: The Real Story of Bonnie and Clyde" by Ted Hinton.

A short poem titled "The Trail's End" written by Bonnie at an unknown date before her demise immortalizes their love, reports NPR: "Some day they'll go down together / And they'll bury them side by side / To few it'll be grief / to the law a relief / but it's death for Bonnie and Clyde."

In reality, the two were not buried side by side: Parker's mother protested her daughter's love for Barrow even after the young woman's death and refused to let them rest eternally together. Both were so famous at the time of their deaths that souvenir sellers had attempted to obtain pieces of their corpses to later hock at auction. They made off with some of Bonnie's hair and one of Clyde's ears before the two were ultimately interred, according to Biography.com.

Various romantic flourishes have since been attributed to Barrow and Parker's story, but some of the less believable details are actually accurate. Parker, for example, frequently wrote poetry to pass the time including the above verse about her downfall, according to Guinn. Guinn also added that both Barrow and Parker walked with limps: Parker's was caused by a car accident in 1933, Barrow's from chopping off his own toes to avoid manual labor while in prison.However, Parker's penchant for cigars is closer to myth than fact. The legend of her gender-subverting habit stems from a joke-y, staged photo taken of her in 1932 and did not reflect her behavior writ large, according to Parker and Cowan.

Hancock's "The Highwaymen" also takes several liberties with the factual accounts of Barrow and Parker.

“When you’re doing a historical piece, sometimes you might do something that kind of dramatizes the greater truth,” director John Lee Hancock says in a sneak peak of the film. “So we’re reducing a 100 days of actual history into two hours, so sometimes you combine things, but you also have to be dramatic and you have to entertain. So I think you want to be as true as you can to the story and as true as you can to history, and make it as historically correct as you can.”

With a twosome as fabled as Bonnie and Clyde, separating fact from fiction will always be a challenge, but sometimes the real stories are even more unbelievable than the invented ones.

Calling All True Crime Fans
Oxygen Insider is your all-access pass to never-before-seen content, free digital evidence kits, and much more!
Sign Up for Free
All Posts About
Crime TV
Movies & TV
Bonnie and Clyde
Related

The True Story Of The Men Who Caught Bonnie And Clyde